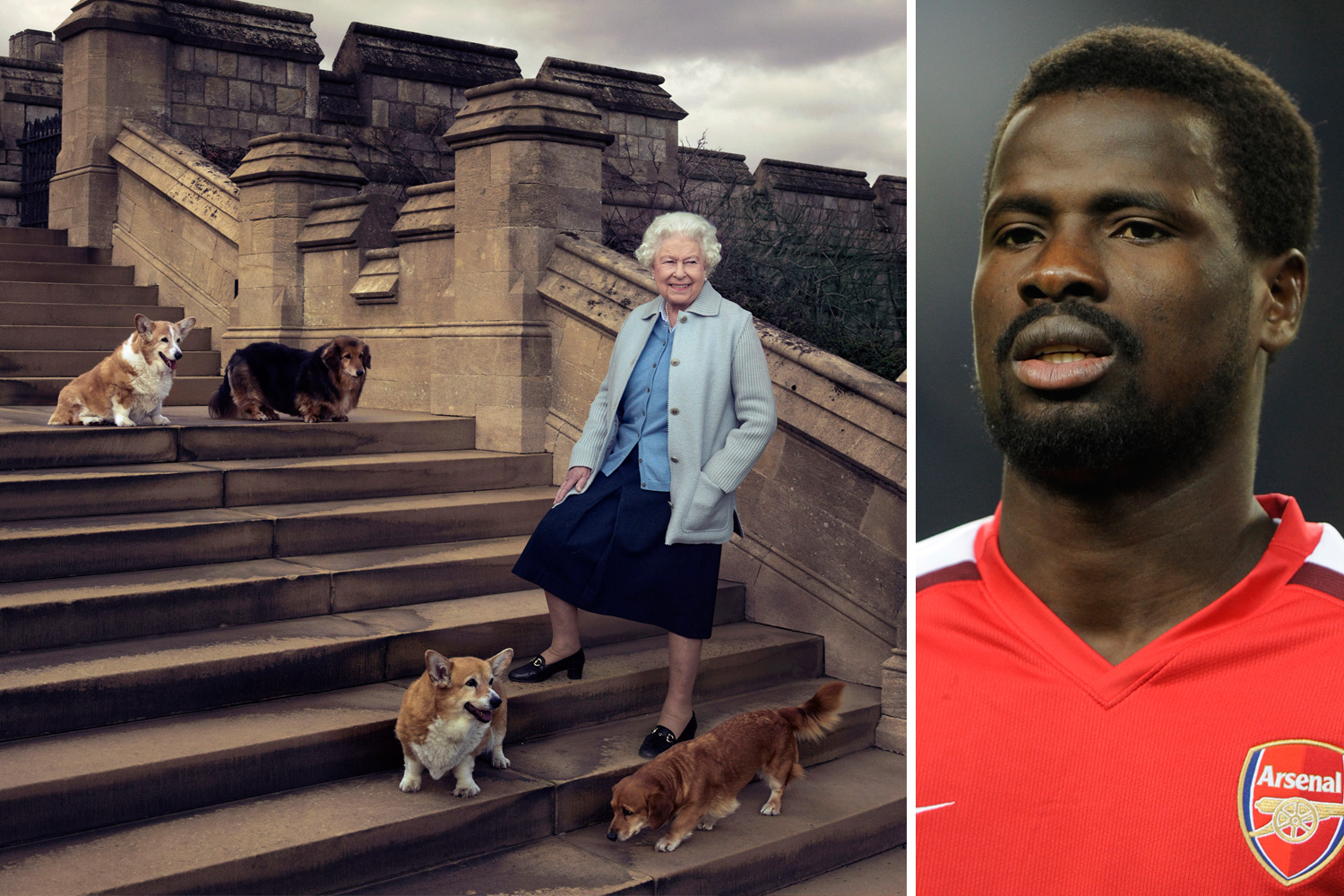 Former Arsenal defender Emmanuel Eboue once told the Queen he was giving up football to look after her corgis.

The ex-Gunners right-back spent seven years at the north London club between 2004 and 2011.

Eboue was not only known for his footballing skills but also for his quirky sense of humor.

And he previously revealed how he went against Thierry Henry’s wishes during an encounter with Her Majesty – only to desert the late Queen.

Speaking to The Telegraph in 2016, he said: “We went there and Thierry Henry said to me, ‘Please Emmanuel, this is Buckingham Palace, it is the Queen’s house, do nothing.’

“So the queen came in and shook hands with every player. After she was done, I saw all of her corgis, so I said, “Ma’am, ma’am.”

“She turned around and said, ‘How are you?’

“And I said, ‘Ma’am, I’m fine, thanks, but please, I don’t want to be a footballer anymore, I want to take care of your dogs. I want to walk them, wash them, feed them. I want to be a dog groomer.

Eboue made 219 appearances for Arsenal during his long spell in the English capital, scoring nine goals.

However, he could not win a single piece of silverware.

The closest he came to was the 2006 Champions League final when Arsenal were beaten by Barcelona.