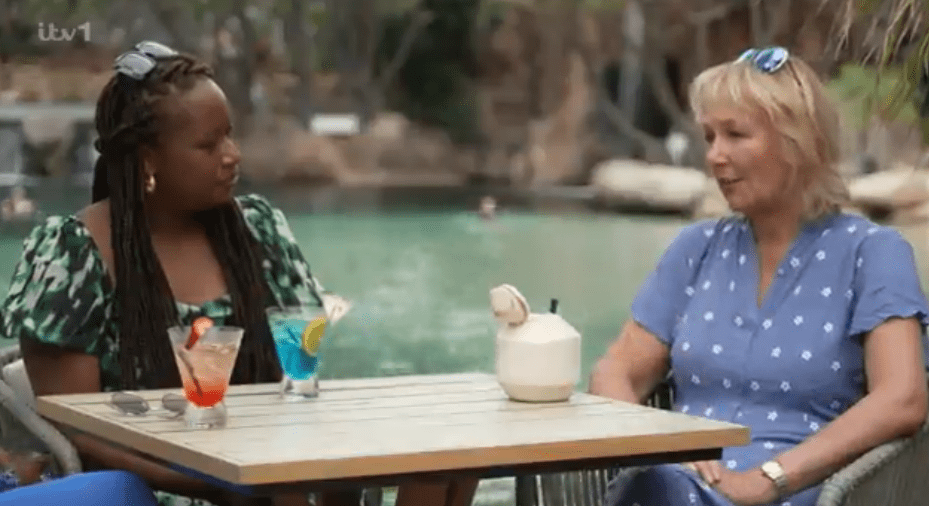 I’M A Celeb fans all had the same complaint after Sue Cleaver made a grim admission.

The Corrie star – who finished ninth in this year’s series of the show – made a number of comments about her toilet habits during her stint in the jungle.

During tonight’s episode of the show, the episode followed each celebrity as they were voted off.

Sue met her son Elliot at the famous bridge and later her husband James in their hotel room.

She told her other half that she had never farted so much in her life.

“You fart but you don’t go through with it,” Sue said to James.

The next day, she met Scarlette Douglas and Charlene White for poolside cocktails.

The trio discussed how much food they had enjoyed since returning to normal.

Sue admitted she didn’t have much – and made a shock admission.

She said: “Today I forced myself because I still wasn’t girl.”

Charlene gasped, “Still? Are you serious? No number two?”

Fans watching at home couldn’t believe she was relaying such information to the rest of the nation.

One said on Twitter, “Should rename this to ‘#ImACeleb: Sue’s Bowl Movements’.”

Another wrote: “Sue still talks about having as**t hahaha #ImACeleb.”

“You seem to catch Sue chatting about how every time she has #ImACeleb lmao she has an ass on camera,” chipped in a third.