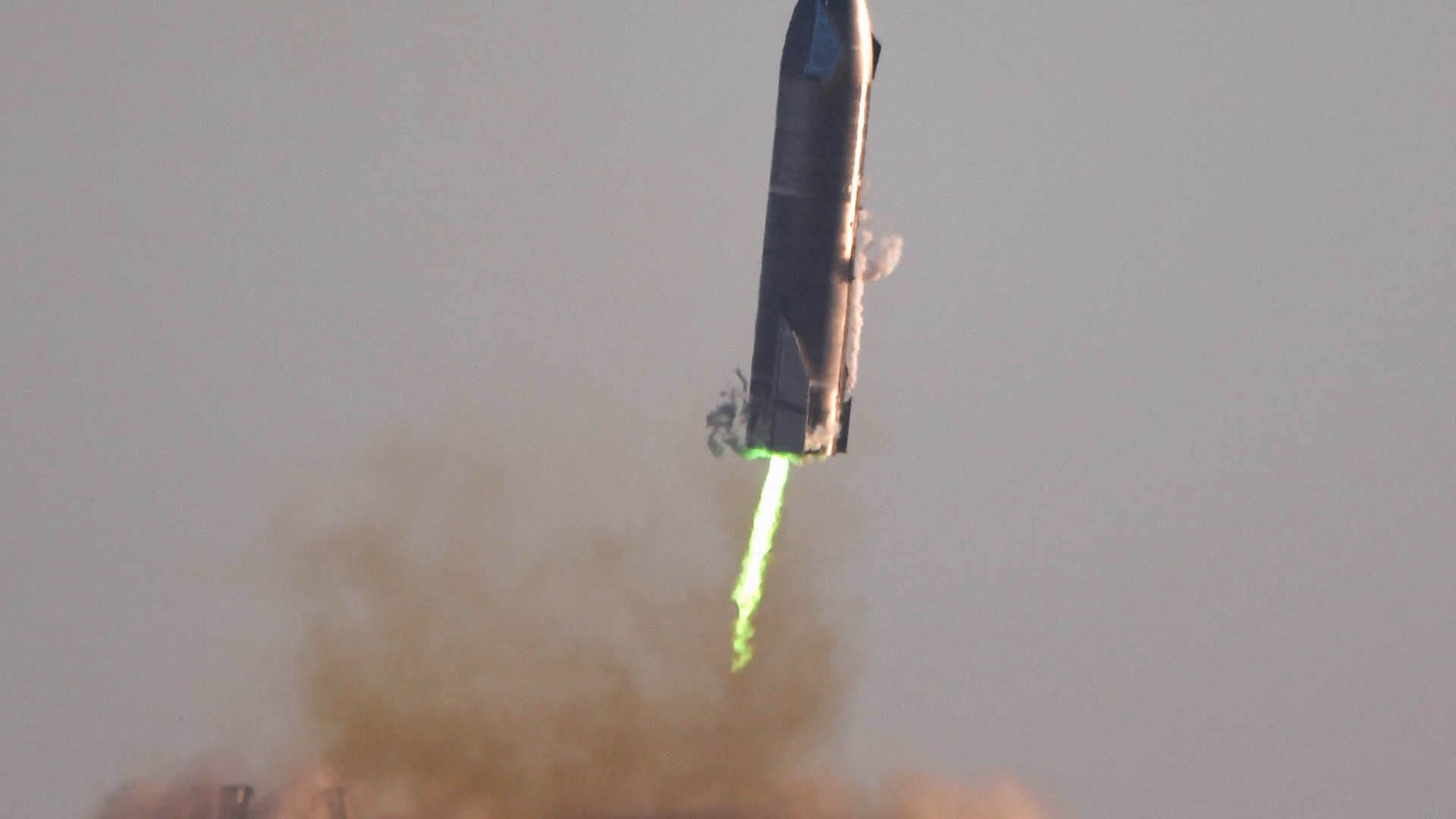 NASA fears Elon Musk’s SpaceX will destroy its only route to the International Space Station.

In an interview this week, a senior agency official warned that the company’s new rocket risks blowing up parts of the Kennedy Space Center.

That rocket, Starship, is slated to begin orbital missions soon from a pad at the famed center in Cape Canaveral, Florida.

Many of Starship’s test flights from a Texas facility ended in dramatic explosions that scattered debris across the area.

Similar fiery departures from Nasa’s Pad 39A, where Starship could launch, risk damaging equipment needed for flights to the ISS.

The senior official told Reuters Monday that Nasa wants SpaceX to ensure its plan to launch Starship from Florida doesn’t jeopardize nearby launch infrastructure vital to the orbiting lab.

The new hurdle further complicates the launch plan for the rocket and could potentially delay it.

It faces an already lengthy regulatory review of its primary launch site in Boca Chica, Texas.

Musk wants to show customers that Starship, which he sees as mankind’s route to Mars, can successfully reach orbit, a long-delayed crucial milestone in the rocket’s development.

SpaceX’s proposals to address Nasa’s concerns, including a plan to be able to launch US astronauts from another launch pad in Florida, could be months away from receiving agency approval.

SpaceX last year accelerated construction of a launch pad for spacecraft in orbit at its facilities in Cape Canaveral, Florida.

It is intended to be an alternative to the missile’s primary test launch and development site in Boca Chica, which has undergone a lengthy regulatory review due to be completed next week.

But one of SpaceX’s existing facilities in Florida, called Launch Complex 39A, at Kennedy Space Center, is the only platform approved for launching the company’s Crew Dragon capsule.

Nasa relies on this spacecraft to transport its astronauts to the ISS.

Nasa officials have told SpaceX in recent months that a Starship explosion at Launch Complex 39A could effectively disrupt the space agency’s only way of getting US astronauts to the station.

“We all know that an early failure like one of the early SpaceX flights would be pretty devastating for 39A,” NASA’s space operations chief Kathy Lueders told Reuters.

SpaceX has already invested heavily in building a Starship pad a few hundred meters from the Pad 39A launch tower.

It has responded by submitting to Nasa a plan to equip its other Florida pad – Launch Complex 40, five miles away on Space Force grounds – with the means to launch US astronauts, according to a person familiar with the plans Person.

The company is also exploring ways to “harden” 39A, or make the launch pad more resilient to an explosive Starship accident and the immense forces emanating from a successful Starship launch, Lueders said.

Hardening Pad 39A and launching people from Pad 40 would both require regulatory approval.

“SpaceX is working with us on these things,” Lueders said.

“Because it’s also in their best interest that their fairly stable revenue stream isn’t disrupted.”

Part of SpaceX’s challenge is to show that 39A will not be damaged by Starship’s novel liquid oxygen and methane fuel — a combination of propellants that NASA and US regulators are unfamiliar with.

“The problem is that the explosive potential of this combination is not known,” said Randy Repcheck, deputy manager at the Federal Aviation Administration’s (FAA) Office of Commercial Space Transportation, which oversees launchpad safety.

Starship is a two-stage reusable rocket system designed to launch commercial satellites into Earth orbit and humans to the Moon and Mars.