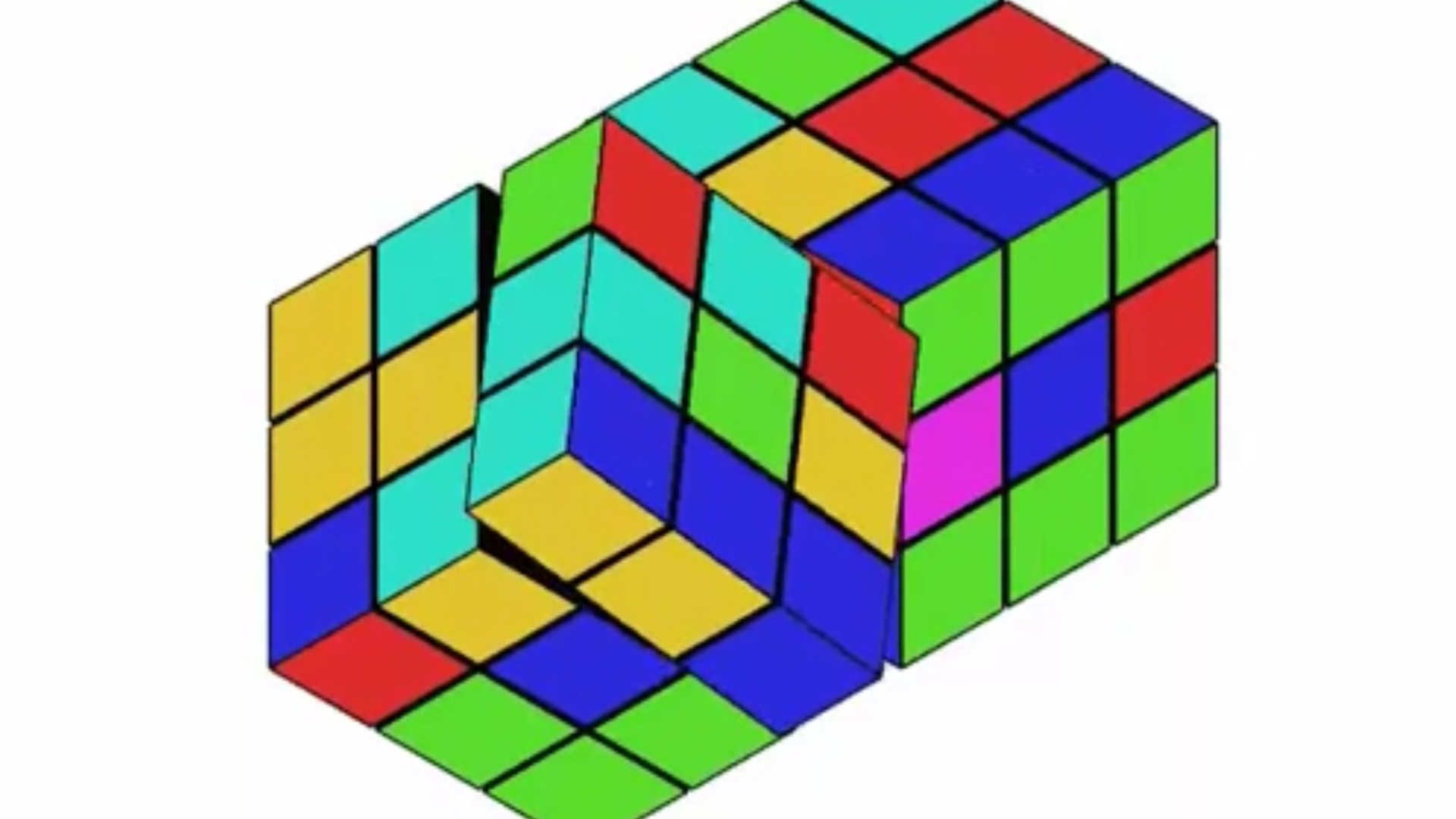 NOBODY can deal with this complex optical illusion that shows several Rubik’s Cubes at the same time.

As if a Rubik’s Cube wasn’t enough, someone combined two – at least it seems so.

The GIF is so stunning that one user said, “That hurt my brain”.

“I was expecting something like a dice roll that kind of just keeps making its pattern,” commented another on Reddit.

“I wasn’t prepared for the mental pain when part of it turned instead.

“Thankfully my brain caught what happened afterwards so the pain didn’t last.”

“I think there’s a change in line width that lets you see different perspectives,” said another.

“But I could also be wrong.”

First developed in 1974, the real Rubik’s Cube is one of the most popular and well-known 3D puzzle games in the world.

Since its inception, people have competed to solve the tricky puzzle in record time.

As you might expect, robots are better than humans at solving it.

So much so that a droid stream holds the world record, which stands at a staggering 0.38 seconds.

The human world record is 4.22 seconds.