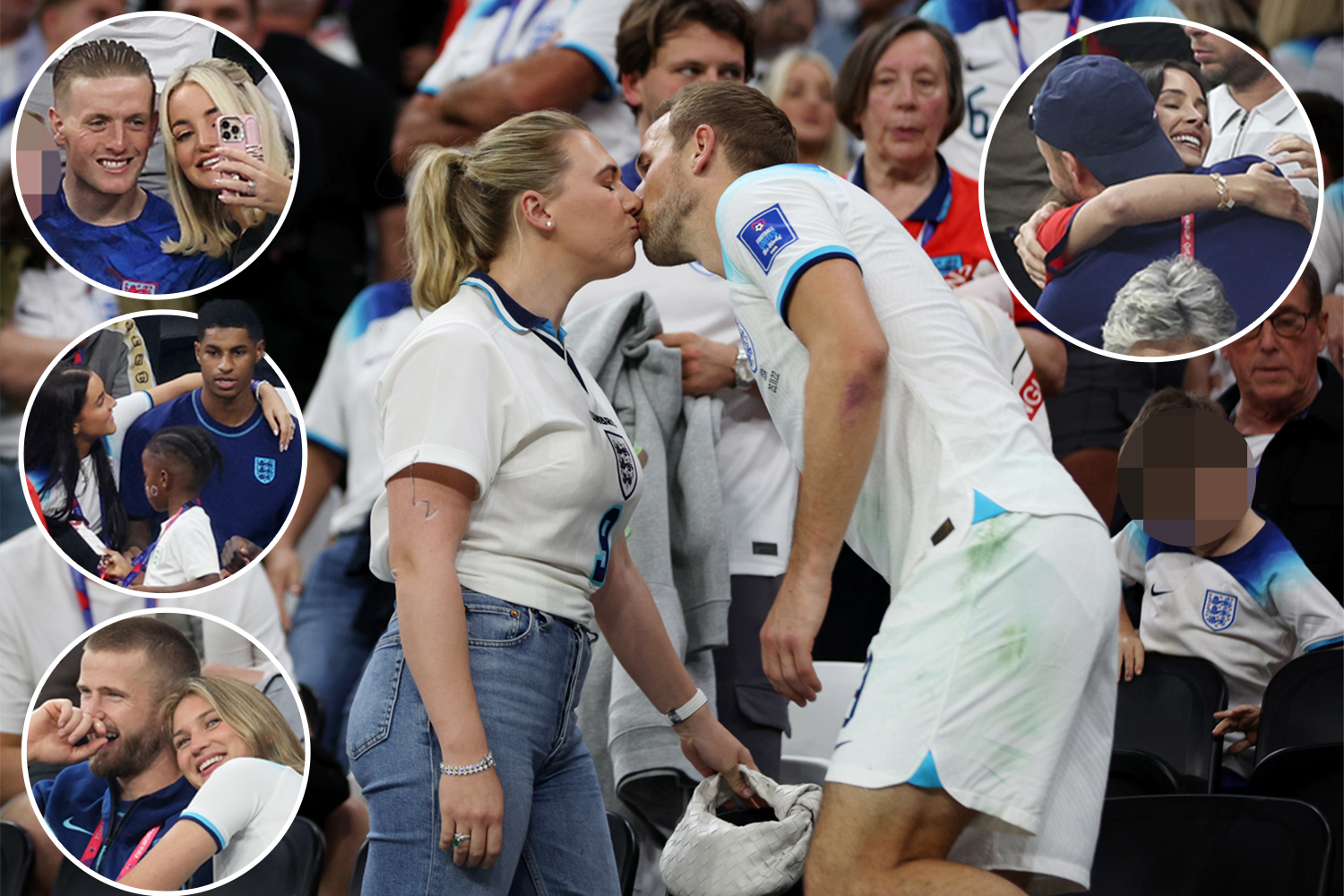 Despite the bump in the road, Gareth Southgate’s players didn’t look too disheartened after the final whistle.

That’s because they were given the chance to reunite with family and friends who supported them from the stands at Al Bayt Stadium.

Captain Harry Kane, who has been struggling with ankle problems since Monday’s opening 6-2 win over Iran, quickly caught up with his wife Katie Goodland after his post-game media duties were settled.

Goalkeeper Jordan Pickford also joined his loved ones in the stands, including his partner Megan Davison and son Arlo George.

Back-up goalkeeper Aaron Ramsdale caught up with friends and family after the final whistle, including his girlfriend Georgina Irwin, as well as Arsenal team-mate and USA star Matt Turner.

And defenders Eric Dier and Conor Coady both looked elated as they met with family members.

James Maddison, who is yet to feature in the England squad due to a knee injury, was also present as he hugged his partner Kennedy Alexa.

And Marcus Rashford joined his family and fiancé Lucia Loi after appearing as a backup.

FA and England boss Southgate have set strict guidelines for contact between players and their families due to the potential Covid threat.

Players were allowed to contact loved ones via phone and video calls from the team’s hotel and base camp in Al Wakrah.

However, personal contact was limited to a short period after each game.

Between matchdays, the Three Lions’ nearest and dearest are staying on a £1billion superyacht called MSC World Europa, docked in Doha.

A source said: “They have a premium drinks package on board the cruise ship.

“It was all paid for before they arrived in Qatar. But they ordered bottles of champagne at £250 each as well as cocktails.

“Then they hit the karaoke and belted out Three Lions and Sweet Caroline.

“They had a great time and drank so much that the bar was refilled the next morning.”