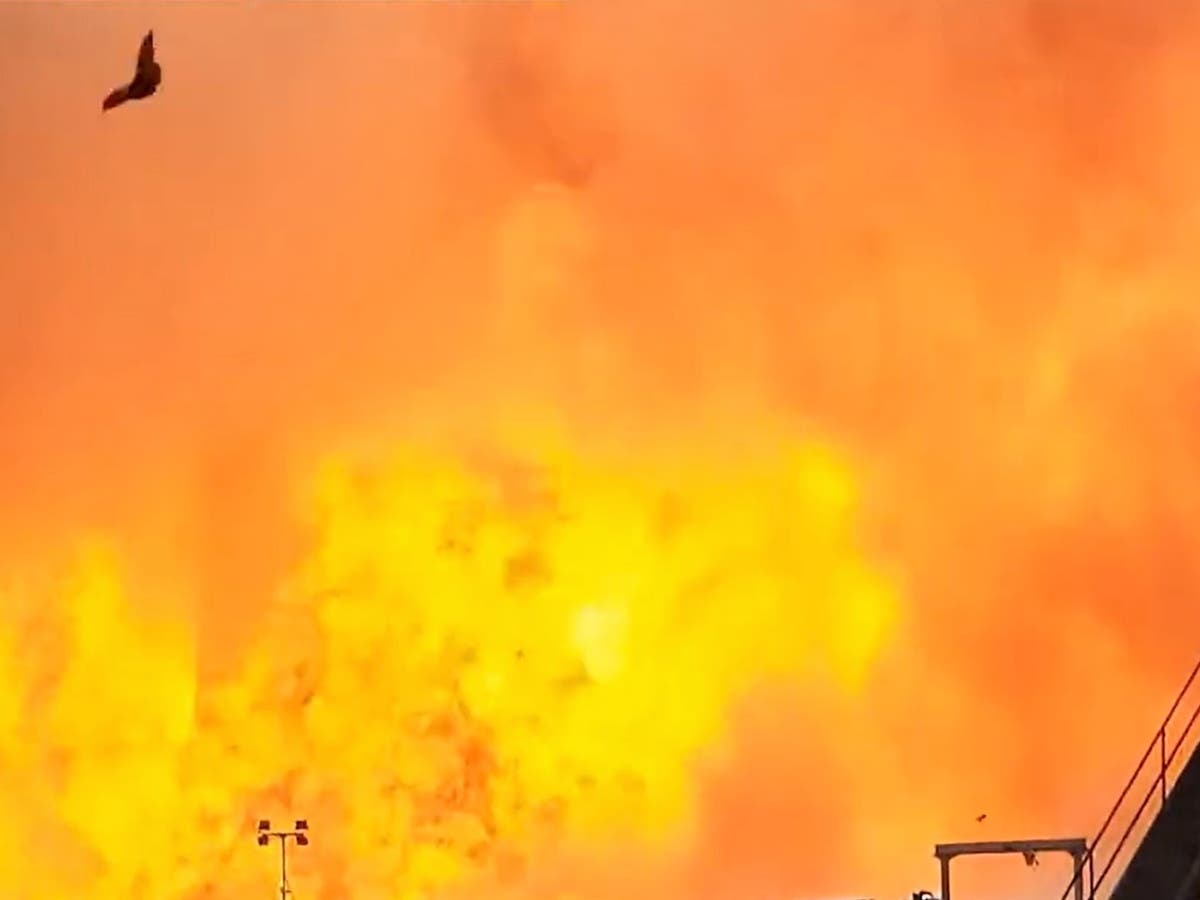 A SpaceX rocket has exploded at the test site of the company’s Mars-bound spacecraft, Elon Musk has confirmed.

The SpaceX chief said the fireball at the company’s starbase facility in Boca Chica, Texas, occurred Monday night during a spin-launch test of all 33 Raptor engines onboard.

The explosion of the Super Heavy Booster 7, known as the B7, was caught by cameras set up by NasaSpaceFlight recording a live stream of the tests.

The B7 rocket is being developed for the first orbital flight of the Starship rocket. The unmanned journey, scheduled to take place later this year, will result in the spacecraft’s second stage being stacked onto the booster to launch it into orbit. After a 90-minute flight, it should land just off the coast of Hawaii.

It’s not the first time a Starship rocket has exploded during testing, but it is the first time the Super Heavy Booster has suffered such a malfunction.

Mr Musk responded to a clip of the blast on Twitter, describing it as “not good actually”.

He added more details on how it happened, explaining that a leak of cryogenic fuel vaporized to create a fuel-air explosion.

To prevent similar incidents in the future, the SpaceX chief said areas prone to leaks will be fitted with small sparks to gradually burn off the excess fuel as it escapes.

“However, this particular issue was specific to the engine spin start test (Raptor has a complex start sequence),” he said. “In the future we will not do a skid start test with all 33 engines at once.”

He also revealed that he personally inspected the blast site Monday night, although it was too dark to fully assess the damage.

“The base of the vehicle appears fine according to the flashlight,” he said. “I was just out there about an hour ago. We turned off the pad for the night for security reasons. I’ll know more in the morning.”