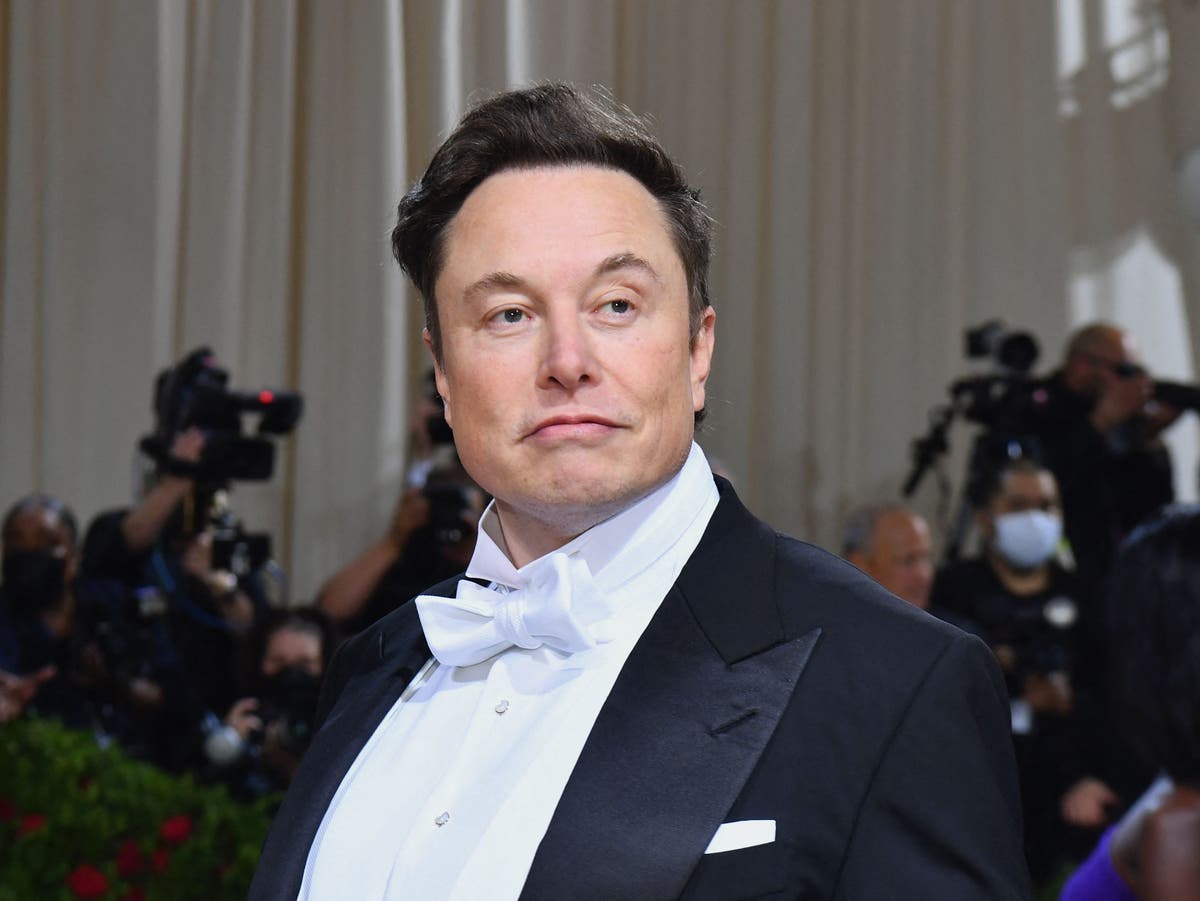 Elon Musk and Twitter Inc. have been sued by a Florida pension fund seeking to prevent the Telsa CEO from quickly completing its proposed $44 billion takeover of the platform.

In a complaint filed Friday in the Delaware Chancery Court, the Orlando Police Pension Fund said that under Delaware law, Mr. Musk cannot complete the acquisition until at least 2025 unless the holders of two-thirds of the shares he does not “own.” “, would have agreed, according to Reuters.

The lawsuit says Mr Musk became an “interested shareholder” after taking a more than 9 percent stake in Twitter, which necessitates the delay.

Mr Musk also runs electric car company Tesla Inc and is the richest person in the world according to Forbes magazine.

Twitter and its board of directors, including Chief Executive Parag Agrawal, are also named as defendants.

The lawsuit seeks to delay completion of the merger until at least 2025, declare that Twitter directors breached their fiduciary duties, and recover attorneys’ fees and costs.

This isn’t the first time Mr Musk’s proposed acquisition has been targeted in court. Last month, a group of Twitter shareholders sued Mr Musk, alleging he failed to timely disclose his 9.2 percent stake in the company.

Federal law requires investors to notify the Securities and Exchange Commission within 10 days of purchase of shares exceeding 5 percent.

According to the earlier lawsuit, Mr. Musk reached the 5 percent milestone on March 14 and therefore had until March 24 to notify the SEC. However, he did not do so until April 4th.

Musk’s motive for buying all of the company’s stock to privatize it has been the subject of much speculation for weeks.

The eccentric CEO has said he wants to protect freedom of expression and increase transparency on the platform.

Earlier this week, he denied reports that the acquisition was the result of talks with Donald Trump, who was banned from Twitter following the Jan. 6, 2021 Capitol riots.

Reuters contributed to this report