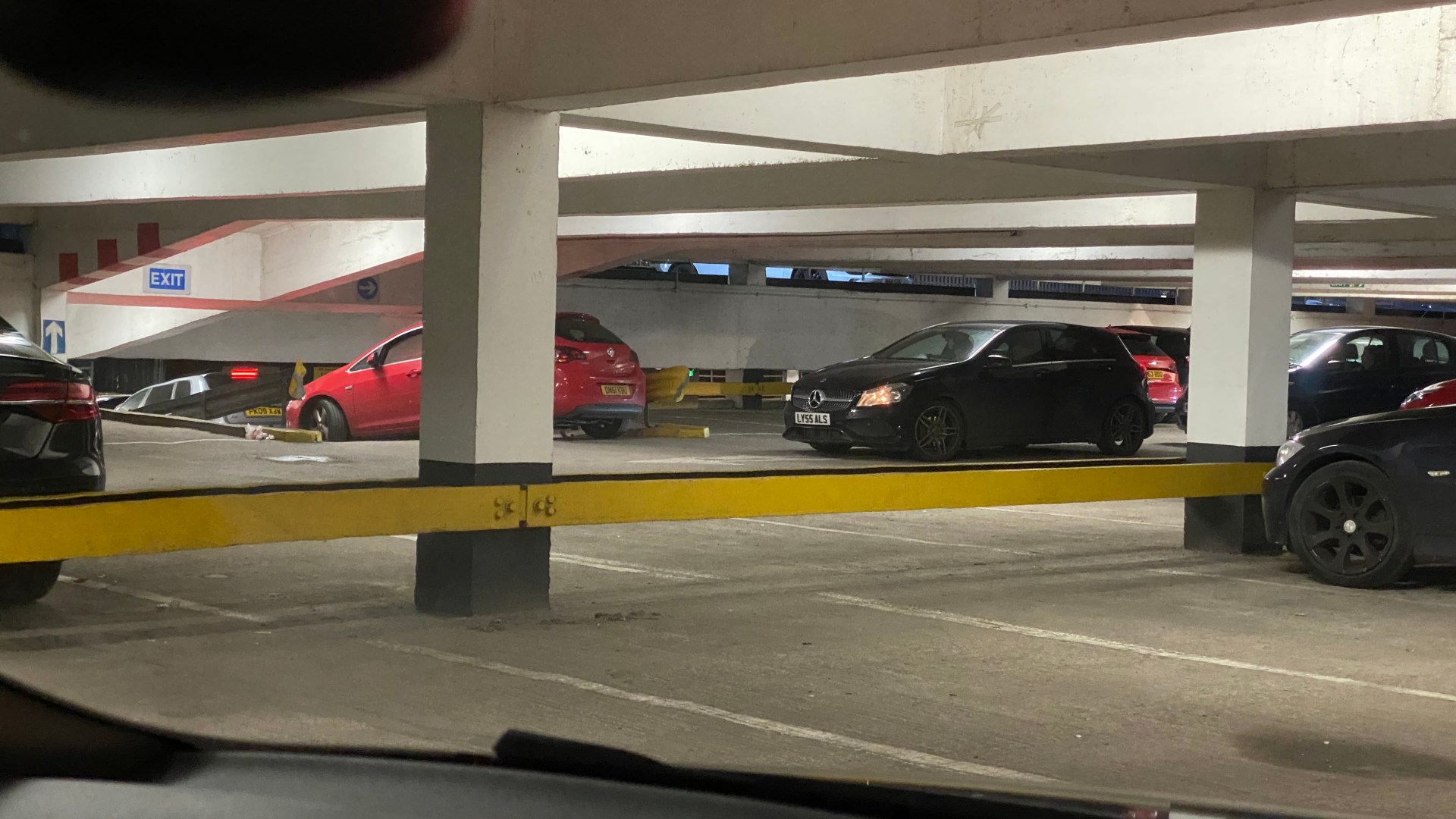 DRIVERS have told how they were forced to call the police after being caught in traffic for four hours trying to exit a parking lot.

And it’s not the first time this has happened, as things got so bad last weekend that motorists were forced to abandon their cars.

Chris Thornley, 52, and his partner had come downtown to visit the Christmas markets yesterday – but were left in shock when they returned to their car.

He says it was “absolute chaos” and the two had to wait two hours just to get down one floor of the skyscraper.

He told the Manchester Evening News: “A man told me to be at work at 6pm.

What if you were older, needed to go to the bathroom, or had a baby with you? The air was intoxicated with car exhaust from every running engine and people were honking their horns – it was absolute chaos.”

Chris was so distraught that he and his partner considered leaving their cars and catching a train.

He said, “You can go into the parking lot, but you can’t get out.

“I will never bring a vehicle into this parking lot again. I’ve been texting everyone I know saying ‘avoid, avoid, avoid’.”

It comes after drivers were forced to call the police in the same car park last week.

A driver who had two young children in the car said: “My daughter had a children’s birthday party downtown.

He continued: “I ended up calling the police to ask if there was a problem and to share information that more than 400 people were trying to get out.

“People started leaving their cars in line to get food.

“People were screaming and cursing and everything went into chaos. The horns were constant.

“It got very uncomfortable.”

In a statement, he said: “Manchester is a top tourist destination and with a range of events and the Christmas markets to complement the usual retail and leisure offerings, recent weekends have seen increasing numbers of people travel to the city center from both are car and public transport.