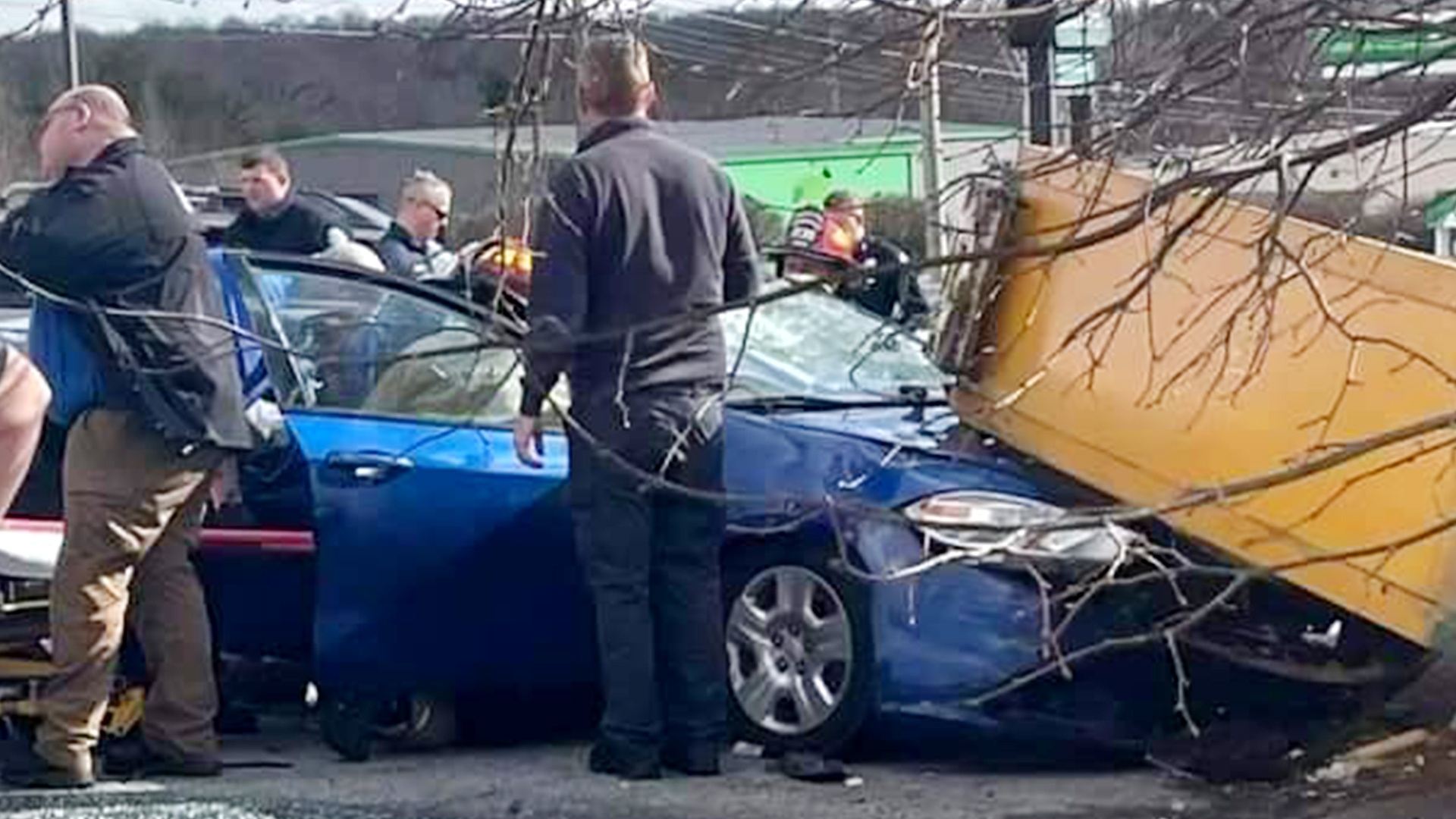 A FREAK accident has killed a 72-year-old woman and injured two others after a Denny’s sign fell and crushed her car.

Horrifying photos show the aftermath of the tragedy, which officials believe was caused in part by strong winds in the area.

Elizabethtown Police Spokesman Chris Denham was shocked to find out what had happened.

“It’s certainly very windy out here and I’m sure that had an impact and played a part in that.”

Witnesses confirmed that the strong wind blew the sign off its post and it fell on a car parked in the Kentucky restaurant’s parking lot.

The Elizabethtown Fire Department and Hardin County Emergency Medical Services removed the passengers from the vehicle shortly after they arrived at the scene.

The 72-year-old woman was taken to Louisville University Hospital.

The other passengers, an adult male and a female, were taken to Baptist Health Hardin.

Her injuries are unknown.

The deceased woman has not been publicly identified.