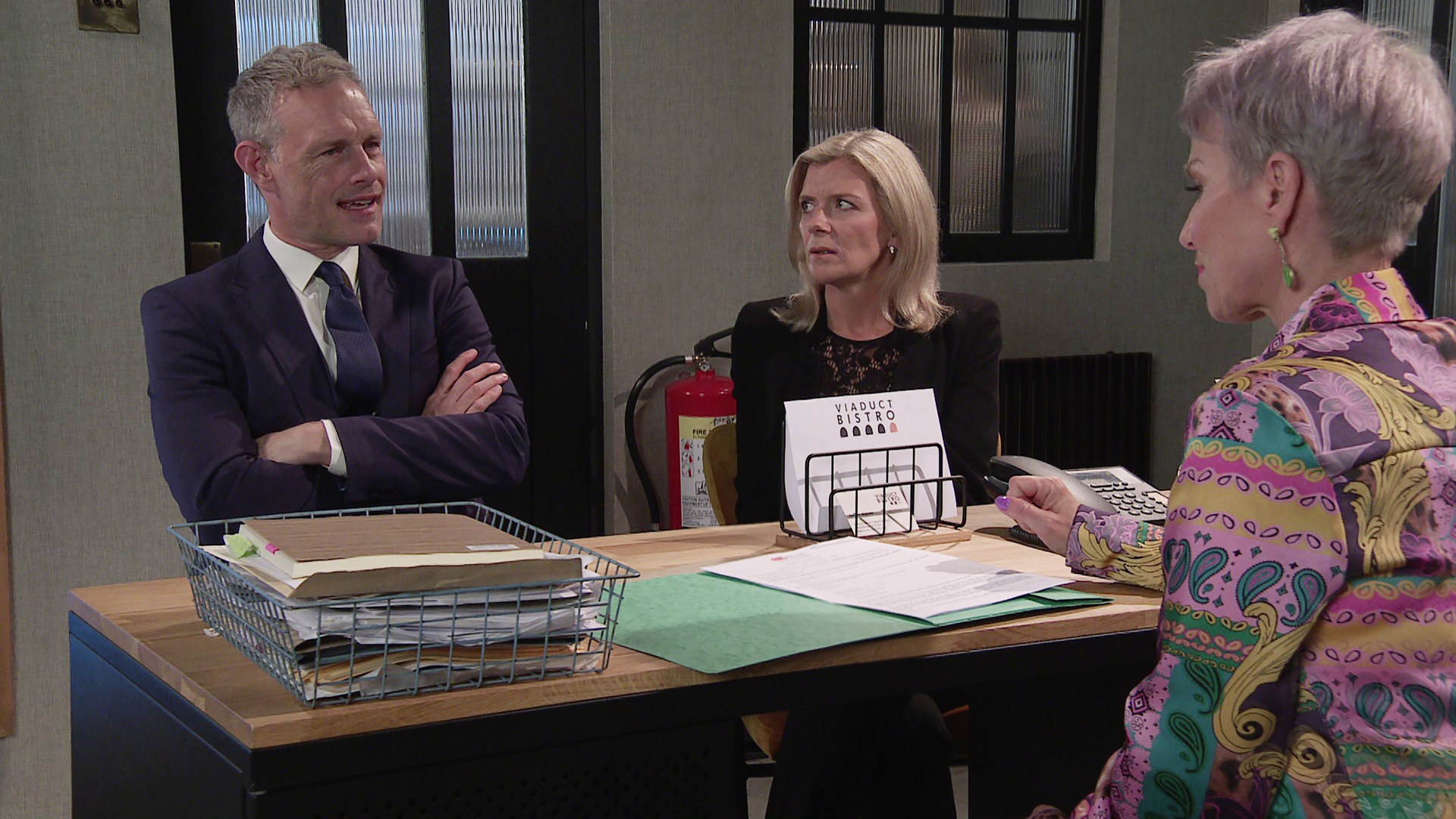 CORONATION Street fans have been left open-mouthed as foes Leanne and Debbie scrap in the Rovers following the bistro deal.

Nick Tilsley (Ben Price) and Leanne Battersby (Jane Danson) are horrified after receiving a nasty surprise from the bistro.

Sunday’s episode began with Nick and Leanne admitting defeat and looking for other jobs as their offer to take over the bistro was too low.

However, Debbie (Sue Devaney) made a U-turn and accepted her low offer.

Delighted by the news, Nick and Leanne immediately signed on the dotted line.

But their happiness was short-lived as a construction worker later informed them that the bistro was riddled with wet rot.

The couple were flabbergasted and angry at Debbie.

Leanne confronted Debbie at the Rovers, accusing her of knowingly leaving them a £20,000 bill knowing their current circumstances.

But Debbie accused Leanne of sabotaging her for scaring off a potential buyer.

Leanne then lunged at Debbie, threatening to break her teeth.

Nick restrained Leanne, who repeatedly told him, “Get off me!”

Barman Sean also threw himself between the scratching couple and yelled: “Stop it or I’ll block your ticket!”

After the couple split up, Debbie cheers for the new owners and leaves the pub.

Can Attorney Adam find a way out for Nick and Leanne, or is it too late?

Meanwhile, Nick has another offer to consider.

When he visits Harvey (Will Mellor) in prison, Nick is given a piece of paper and Harvey tells him he has money left over to spend on the bistro.

He told Nick he wanted to try to make amends, adding: “If it makes a difference to him [Sam’s] Life… you can have it.”

Will Nick accept money from his ex’s killer?

Coronation Street is broadcast on ITV1.