Comet, which could reveal the beginnings of the earth, disappears for 200 years 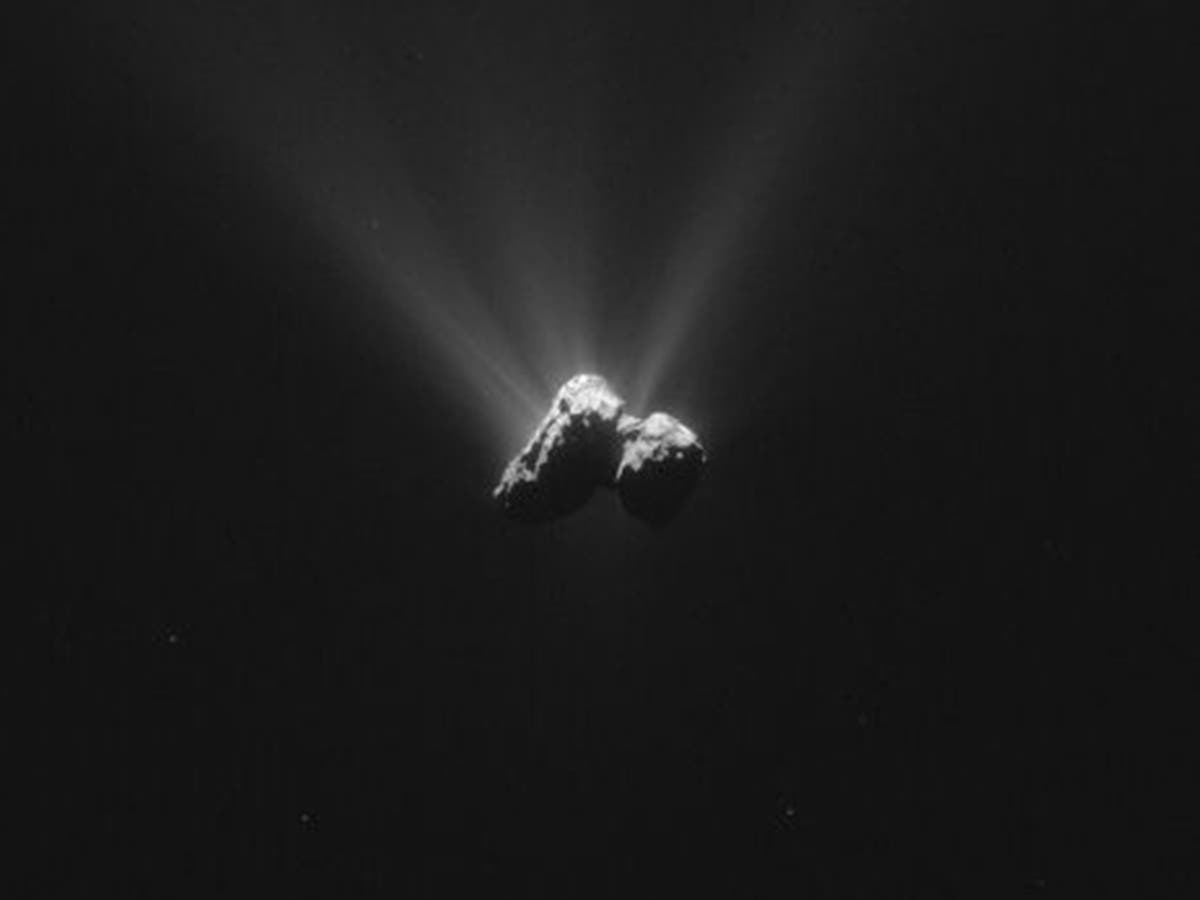 A “rubber duck” comet came closest to Earth at the weekend and will only return to our planet in 200 years.

Comet 67P / Churyumov-Gerasimenko came 62.8 million kilometers closer to our planet – closer than Mars – before leaving our vicinity by 2214.

The comet first became known in 2014 when the Rosetta spacecraft approached during a 10-year chase. Back then, the scientists involved called it “the sexiest, most fantastic mission ever”.

The ice ball got its bird-related description from the fact that the comet appears as two fused boulders that look like the bath toy – albeit one that is roughly 4.2 miles wide.

Rosetta orbited the comets for almost three years, taking measurements of the comet’s surface and its immediate vicinity.

A smaller ship called the Philae landed on the comet to gather information about its chemical composition, but not all went well; Philae ricocheted twice, eventually resting in a suboptimal area for scientists, as two harpoons failed to attach to the lander that would attach it to the comet, Space recalls.

“This 4.5 billion year old ice cream is as soft as the foam on your cappuccino, it is as soft as sea foam on the beach, it is softer than the softest snow after a blizzard,” said study author Laurence O’Rourke.

“You can’t just hit it with an object and expect it to move or disintegrate – it would be like hitting a cloud.”

Philae’s new location was under a cliff, where solar panels couldn’t generate energy for the sun and their reserves were exhausted after two days – until she woke up briefly in June 2015 when the comet’s angle to the sun changed.

However, the amount of data collected during the missions makes Comet 67P the best-studied of all comets. It helped scientists discover that these celestial objects have their own polar lights, as well as understand more about Earth’s own history.

It is possible that the Earth was a “dry” planet with water and organic matter sown here by passing comets, which would make the composition of the water on the comets the same as that on Earth.