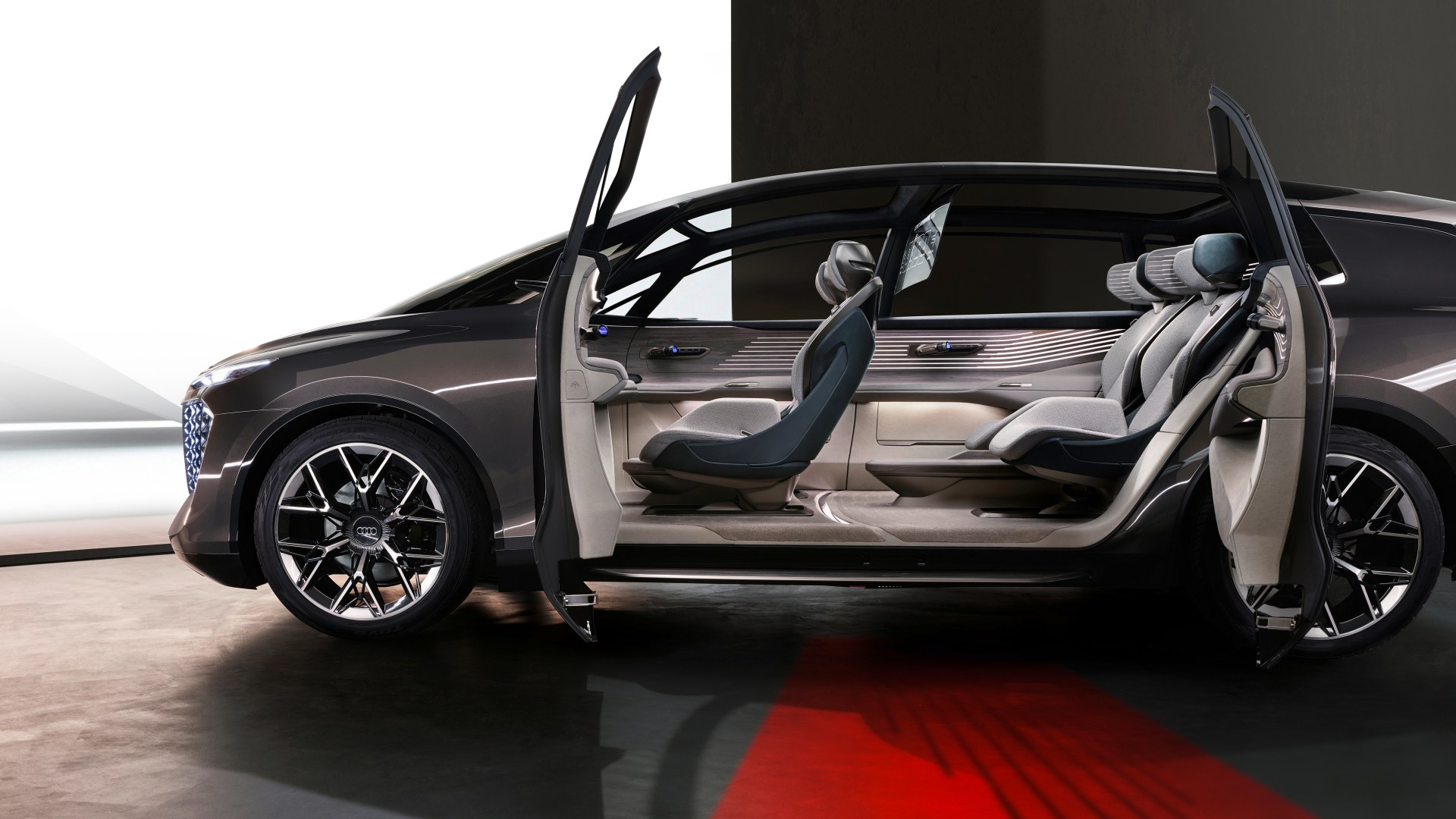 Add overpriced popcorn and you’d think I was describing the VIP lounge at your local Cineworld.

But I’m not. I’m talking about a car.

A self-driving “living space” for megacities of tomorrow.

It’s electric, of course, and quattro all-wheel drive. So it’ll be rapid.

And it’s size XXXL. The biggest concept car Audi has ever dreamed up at 18ft (5.5m) long.

Which is a bit confusing when you think about it.

They say 70 per cent of the world’s population will be city dwellers by 2050.

Yet here we have an oversized, overpowered rocketship for four people to inch around a jam-packed city.

I’m not a fan of self-driving cars either.

Would you really trust a robot car to take your kids to school? Me neither.

My internet s***s itself on a regular basis without anyone going anywhere near the router.

Then there’s the legalities of autonomous cars, data protection, hacking, and the fact computers simply can’t react to millions of varied scenarios the way the human brain can.

I doubt you’ll be able to buy a car without a steering wheel in my lifetime.

Right, back on topic.

This concept — called Urbansphere — is the third of three “vision cars” from the four rings.

Last year Grandsphere teased the next A8 executive saloon and we also saw Skysphere, a two-seat roadster. The next R8? Possibly. The R8 successor wants to be pure electric.

Urbansphere doesn’t hint at a giant MPV — thank God. Bosses were quick to tell us this car was “systematically designed from the inside out”.

I can see a flip-down cinema screen being offered in future limos.

BMW is doing similar in the i7.

Audi is also experimenting here with wood, wool and synthetic textile fabrics. Bamboo is used in the armrests.

Plus, each seat has its own “sound zone” with headrest speakers and a control panel on the doors.