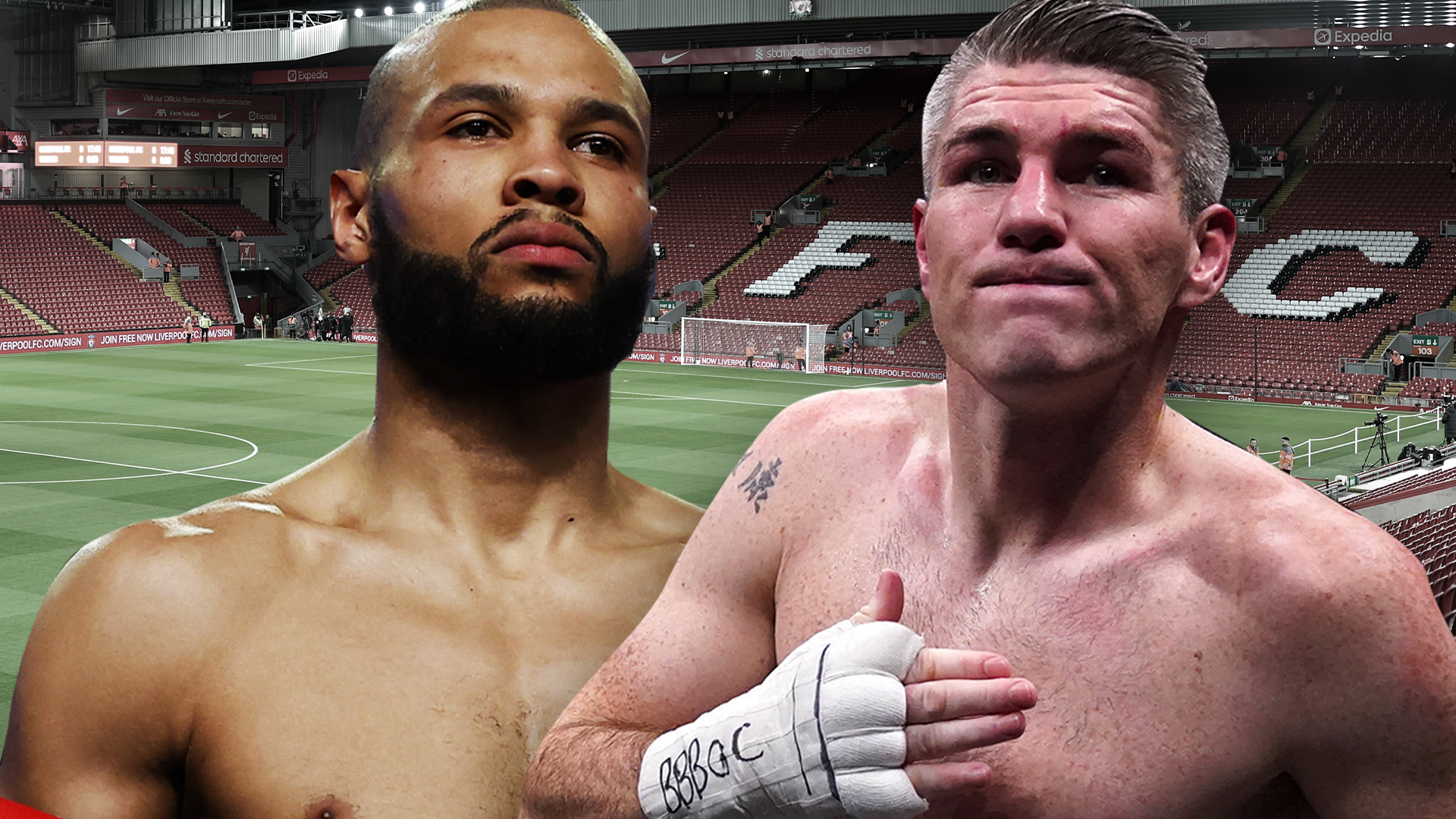 CHRIS EUBANK JR faces a disheartening rematch against Liam Smith at Anfield – in a fight that could decide or ruin his career.

Eubank hit the big screen for the first time as a professional and left the Manchester Arena stunned.

Smith, 34, pinned his man in the corner and landed a barrage of shots that forced the fourth-round shock.

Eubank, 33, managed to get to his feet on shaky legs but was hit again on the deck.

The referee was left with no choice but to stop the fight and hit trainer Roy Jones.

Eubank has a rematch clause in his contract should he wish to exercise it and could even do so behind enemy lines.

He said: “The better man won tonight. He caught me with a great shot.

“I thought I could have gone on. The build up got a bit ugly at the end and I regret that, I respect Liam and his family, I always have.

“If the fans want to see a rematch, we can do it at Anfield.”

Smith is the third man to defeat Eubank after Billy Joe Saunders (33) and George Groves (34).

And critics can now add another name to the list of opponents the son of a legend has faced but lost.

Mega fights against Canelo Alvarez, 32, and Gennady Golovkin, 40, now look buried until perhaps redemption is earned in a rematch.

And Smith teased him about bringing the sequel home to Merseyside after gaining weight to beat Eubank.

He said: “If Chris wants the rematch, we can do that on my terms.

“I pre-accepted the rematch clause so we can see I can beat the best fights at 160lbs and 154lbs.”