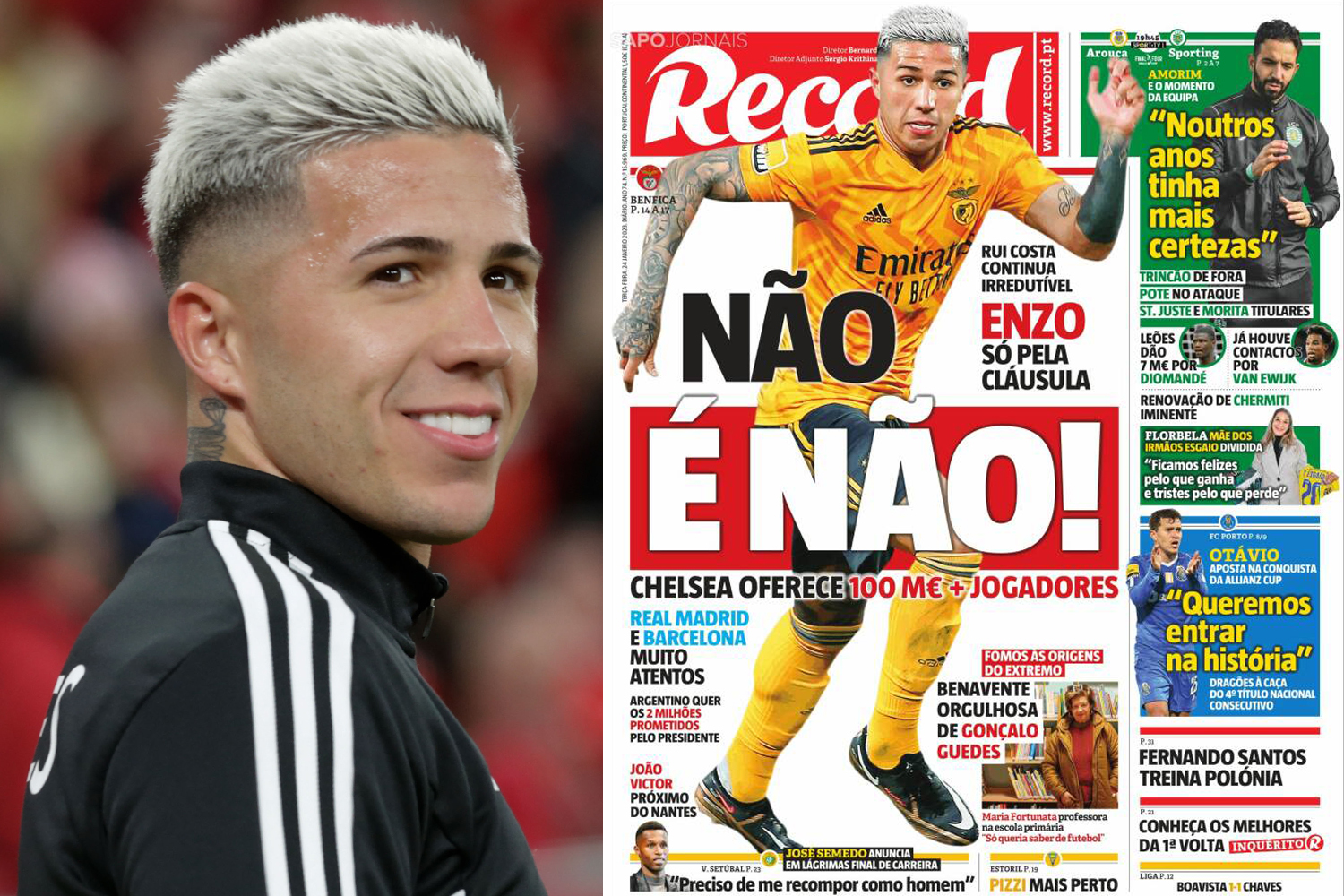 CHELSEA are preparing for another huge transfer offer for Enzo Fernandez with Real Madrid and Barcelona waiting in the wings.

The Blues stormed through the January transfer window and have already spent almost £200million this month trying to revive the team.

Only Benfica have shown some resistance from Todd Boehly’s buying power as they hold on to Fernandez.

The midfielder has been closely associated with the London club since his outstanding World Cup with Argentina.

After Benfica successfully repelled Chelsea’s initial attempts to sign him, it now seems like they have another fight ahead of them.

Portugal newspaper Record reports on its front page that Chelsea are preparing to place a bid of €100million – or £88million – for the star.

If the fee was met, Benfica would be obliged to accept Chelsea’s offer.

But so far the Blues don’t seem ready to go that high, despite being keen on midfield reinforcements.

Record claim the club are preparing to offer £88m alongside some of their own players to sweeten the deal.

However, Spanish giants Real Madrid and Barcelona are believed to be watching the situation and raising the stakes as the transfer window moves into the final few weeks.

Chelsea hasn’t been shy about spending money previously under their new ownership.

The club spent £88m to recruit Mykhailo Mudryk from Shakhtar Donetsk, with the young winger making a good debut at Anfield on Saturday.

Funds were also expended on the permanent signings of Benoit Badiashile, David Datro Fofana, Noni Madueke and Andrey Santos, while money also had to be spent to secure Joao Felix on loan.