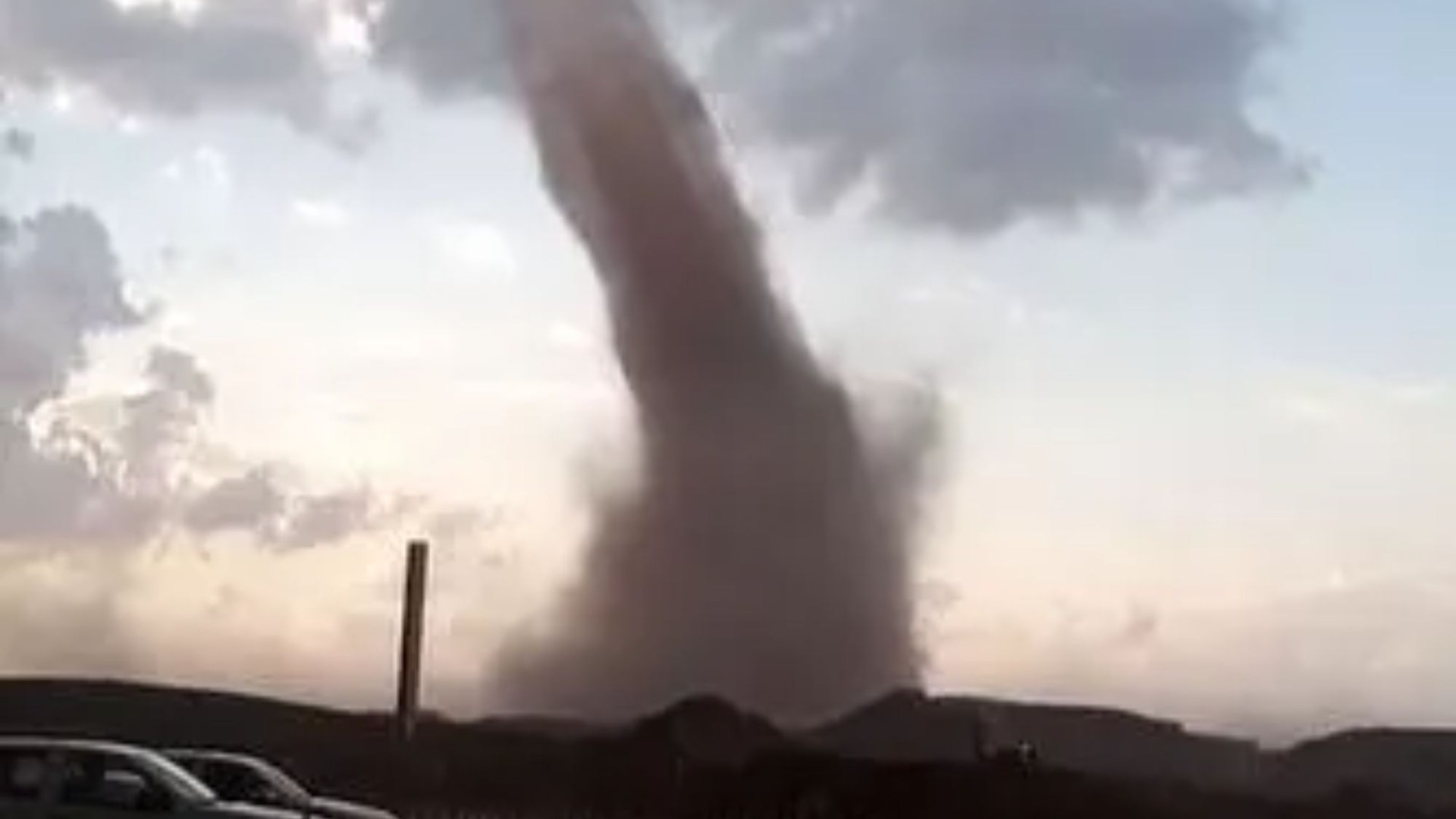 This is the breathtaking moment a huge “Landspout” tornado loomed over the desert in Saudi Arabia.

The terrifying twister started out as a thin funnel, but quickly grew into an hourglass-shaped tornado as it gained strength.

Apocalyptic footage shows the Landspout sucking dust into the sky as a light drizzle fell in the Duba city area.

“It turned so fast.”

The rare weather phenomenon finally dissipated in a cloud of dust within a few minutes.

Authorities in several Gulf states, including Saudi Arabia, have issued weather warnings for torrential rain in the otherwise barren region.

Landspouts are weaker than supercell tornadoes, which are much more destructive and deal significant damage.

They are similar to waterspouts – but occur over land – and disappear much faster than supercell tornadoes.

While tornadoes consist of supercell thunderstorms, landspouts can occur with no sign of a thunderstorm.

In 2020, a massive tornado swept through Al Jawf in Saudi Arabia – meteorologists described it as one of the largest to ever hit the country.

The incredible tornado formed in the middle of the desert.

It landed at Ras Laffan Industrial City, some 50 miles north of the Qatari capital, Doha.

Qatar’s Meteorology Department shared footage of downpours and heavy hailstorms in the city.

Tornadoes are extremely rare in Qatar, which has the lowest level of natural disaster threat of any country in the world according to the World Risk Index.