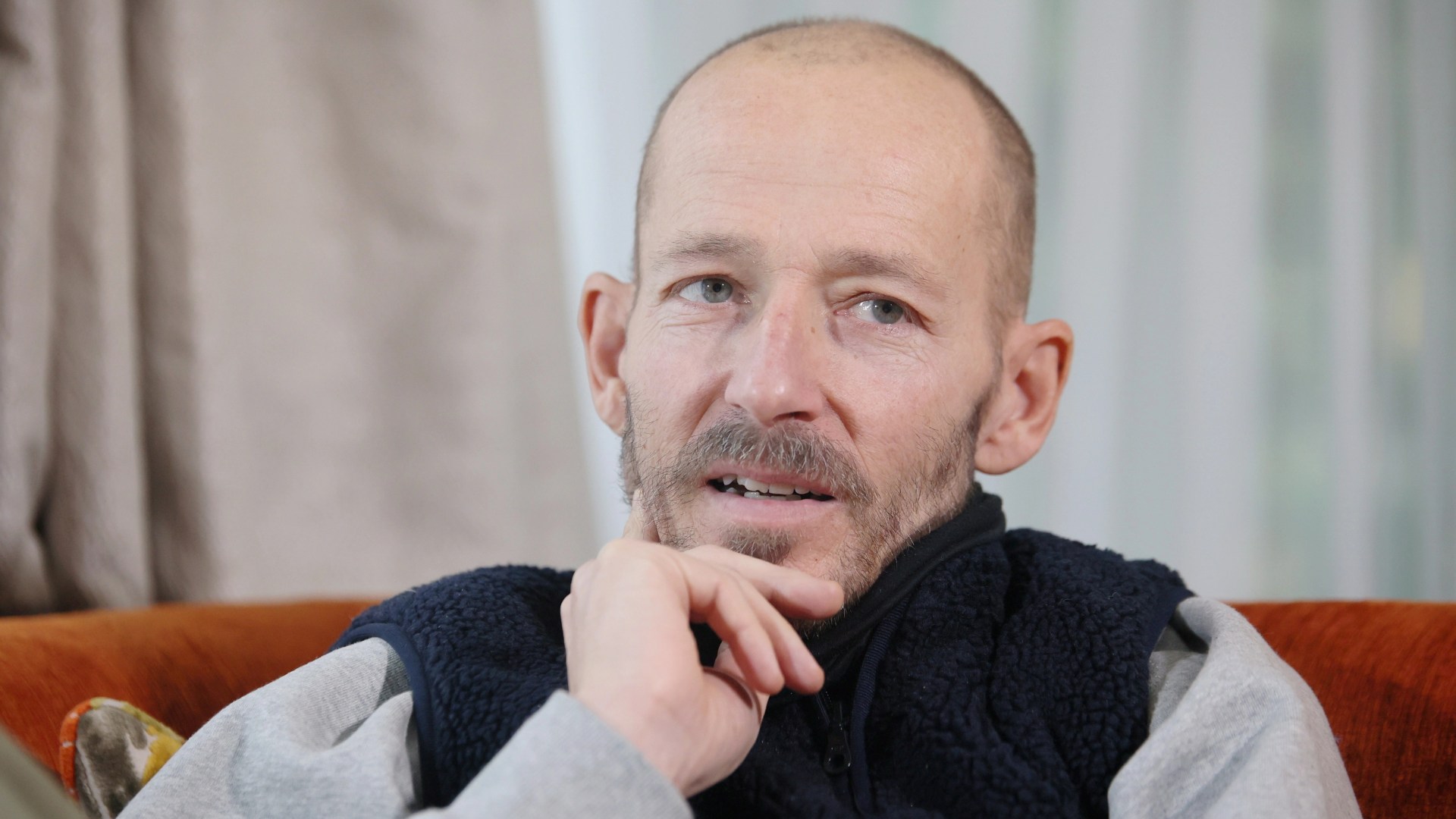 JONNIE Irwin kept his cancer diagnosis a secret for two years because she feared he would lose his television job if producers found out he was dying.

The former A Place in The Sun host, 49, who says he was dropped from the show when he told supervisors he was illHe said he was silent about his illness because he wanted to support his young family.

Jonnie had just six months to live when he was diagnosed with lung cancer in August 2020 which had spread to his brain.

He was filming A Place in the Sun in Italy when he fell ill – and says producers paid him and didn’t renew his contract after he told them he had cancer.

Now thin and stripped of his blonde hair by chemotherapy, he said: “As soon as people find out you have cancer, they write you off.

“Yes I have stage four and it’s final – but not yet so let me live my life while I can.

“As soon as I told A Place in the Sun about my diagnosis, I was paid for the rest of the season but my contract was not renewed. They knew I wanted to keep going.

“It hurts. It broke my heart. I feel tremendously let down. I can’t even watch the show now.”

Jonnie hasn’t stopped working throughout months of grueling treatment, filming Escape to the Country and working on commercial projects.

He has an almost obsessive urge to provide for his family and to sell his property portfolio so he can pay off the mortgage on a new house in Newcastle so Jess, 40, could be close to family.

“I want to go knowing that Jess and the boys are being taken care of,” he said.

It hurts even more, he said, when Freeform Productions, the company behind A Place in the Sun, stopped giving him work after his diagnosis.

It also led to him keeping his cancer a secret for two years for fear he would lose more work.

He said: “Yes, I’m a family man and I need a roof over my head and food on the table, but work is something that’s very important to me. It also keeps me from thinking about cancer.

“Even though I look thinner and have no hair, Escape to the Country and A Place in the Sun Ltd who run the show’s exhibits hired me and I was so impressed with them. But I didn’t get that support from A Place in the Sun.

“I told them I wanted to work. When I said I could get you medical clearances and assurances from my oncologist that I was fit to work, I was literally told, ‘Oh, you really don’t want to go that route, do you?’

“It broke my heart and affected my mental health. Within two weeks someone else was on TV doing my job.”

A statement from Channel 4 and production company Freeform said: “Every effort has been made in trying to enable Jonnie to continue his international filming with us during Covid, but the production company has been unable to secure adequate insurance coverage for him.

“Obviously we understand how frustrating this must be for him at this incredibly difficult time.”