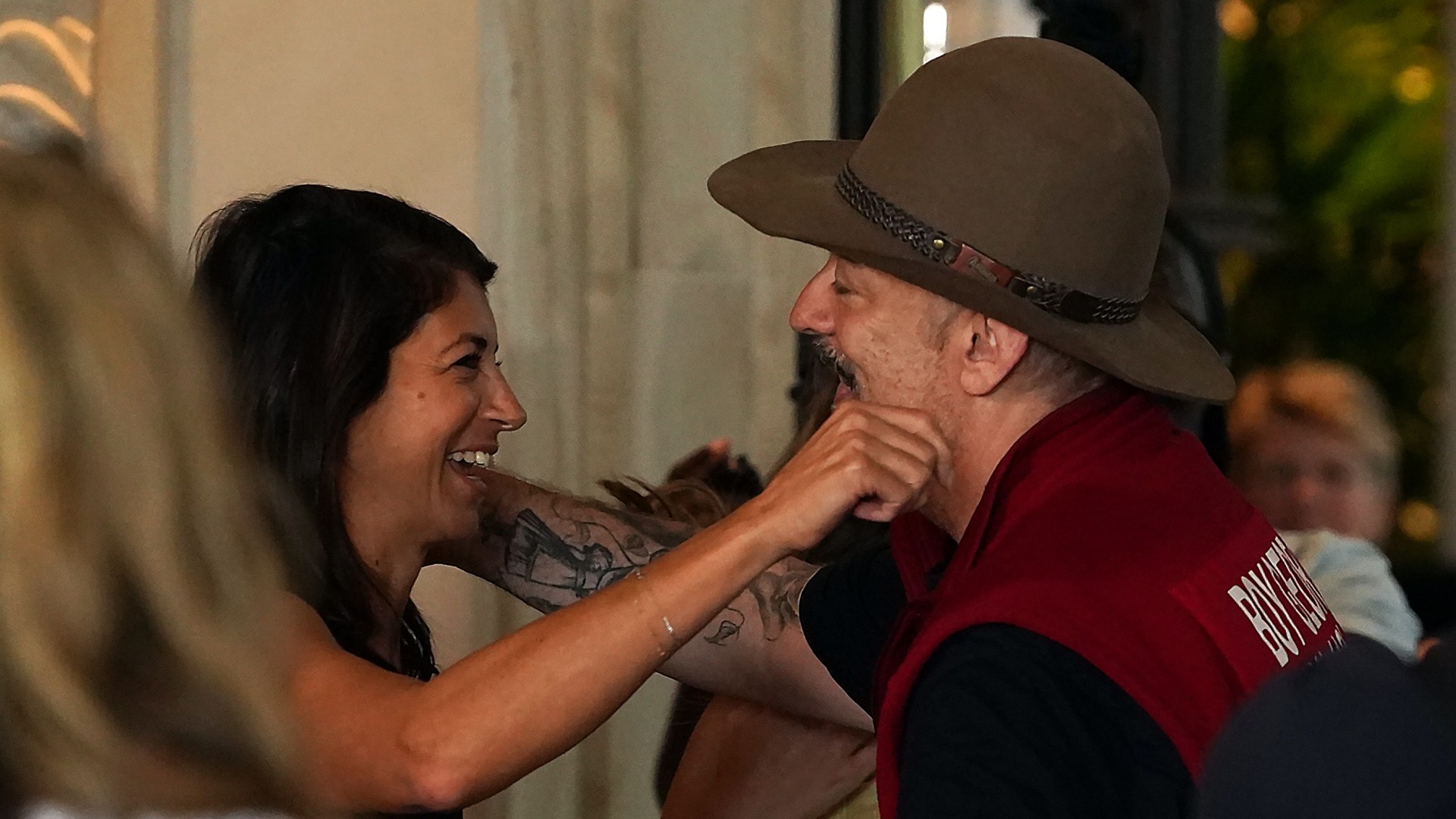 POP star Boy George was greeted by the sound of his classic hit Karma Chameleon as he entered a five-star hotel after becoming the fourth evicted from I’m A Celebrity.

The Culture Club singer, 61, who previously threatened to quit after ITV bosses denied him a ride in a golf buggy, was back in diva mode.

After his 18 days in the camp, he refused to do post-exit interviews and snub TV appearances.

But he did have time for a hug with Gina Coladangelo, 45 – the girlfriend of camp enemy Matt Hancock.

George later posted a snap online of him enjoying pizza in his room at the Gold Coast hotel.

He is said to have asked ITV if he could fly straight home but they have reminded him he is contractually obliged to stay until the final.

But it was Boy George whose jungle journey ended with just seven housemates fighting for the crown.

“I had a great time. I’ve done a lot of things I never thought I would do.”

PAIN OF THE PUNDIT

Oti Mabuse returned to Strictly 10 months after the show ended

George added: “I’m kind of excited to see my sister.

He added, “It’s horrifying to see myself.”

George added that the experience was a lot harder than he thought it would be, but he went in to challenge himself.

I have a UPVC door, there is a switch to make it less drafty this winter

He said it made him appreciate what he had in his life.

About MP Matt Hancock’s arrival, George admitted it was “challenging” but added he was “just a person” who was “in the thick of things”.