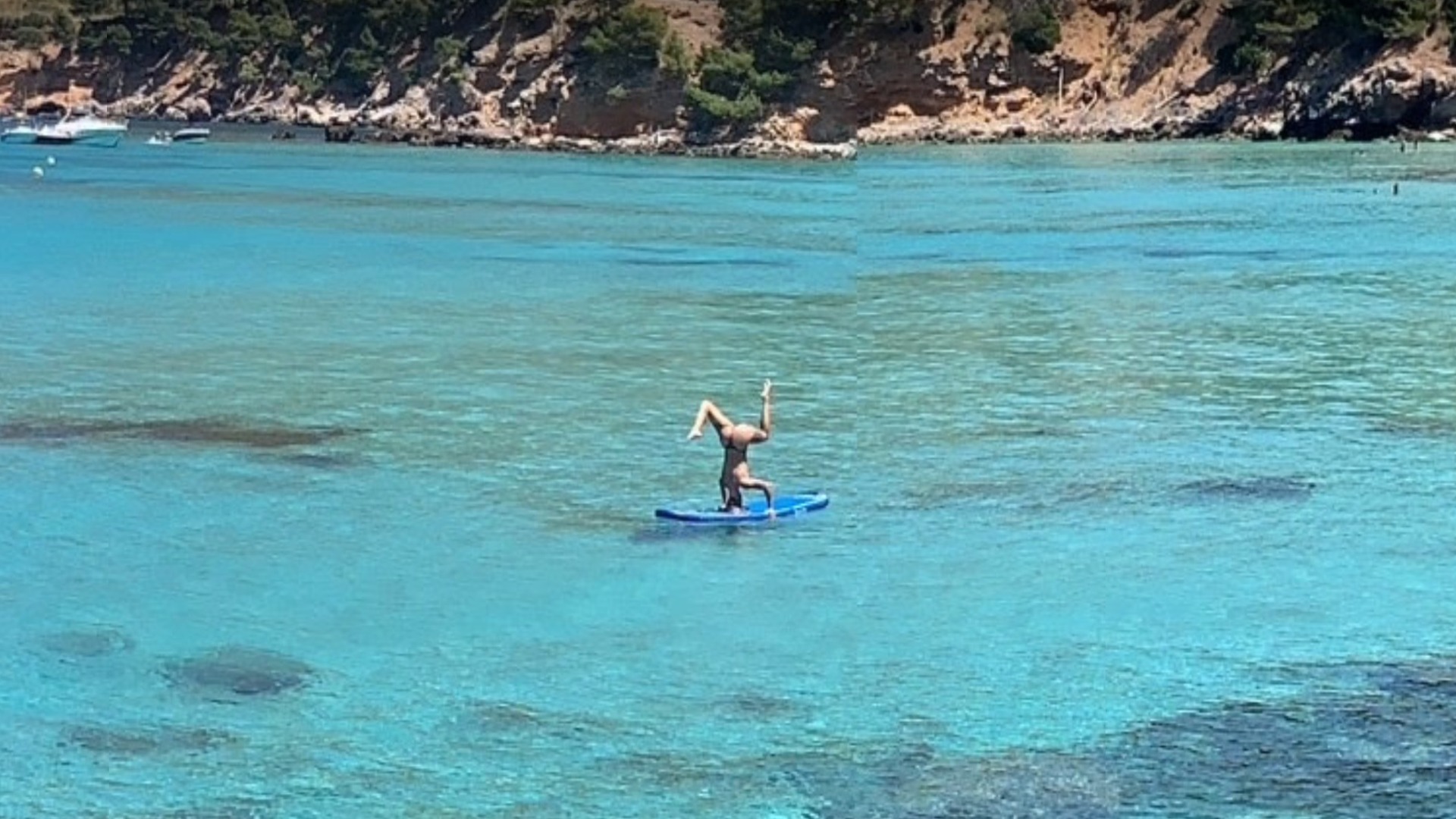 GOOGLE Maps is no stranger to strange discoveries in Street View, but rarely do we get two in one fell swoop.

Eagle-eyed explorers couldn’t believe what they saw as they virtually explored Mallorca.

You cannot fail to notice a woman in a very awkward position in front of Cala Na Clara beach, which is on the east coast of the resort island.

The nimble girl balances upside down on a surfboard in the sea.

But if you thought that was wild, look again because she’s not the only one on a surfboard.

Google Maps users have also noticed that there is a dog walking on one.

“Wait, is that a dog on a surfboard in the distance?” said one user on Reddit.

The four-legged friend looks quite chilled in the distance as his owners splash him in the water.

As for the woman, it turns out she actually practices paddleboard yoga.

“I thought, is this woman doing a headstand on a paddle board in the crystal clear waters off the coast of Spain?” said one observer.

“I’ve never been more jealous of a stranger lol!”

Former Countdown star Carol Vorderman, 61, is among big names to try the sport.

Google Maps detectives uncover all manner of images captured by the tech giant’s cars, which are crammed with high-tech cameras.

Earlier this year, people’s eyes were full when they noticed a man flashing his todge as he walked the dog.