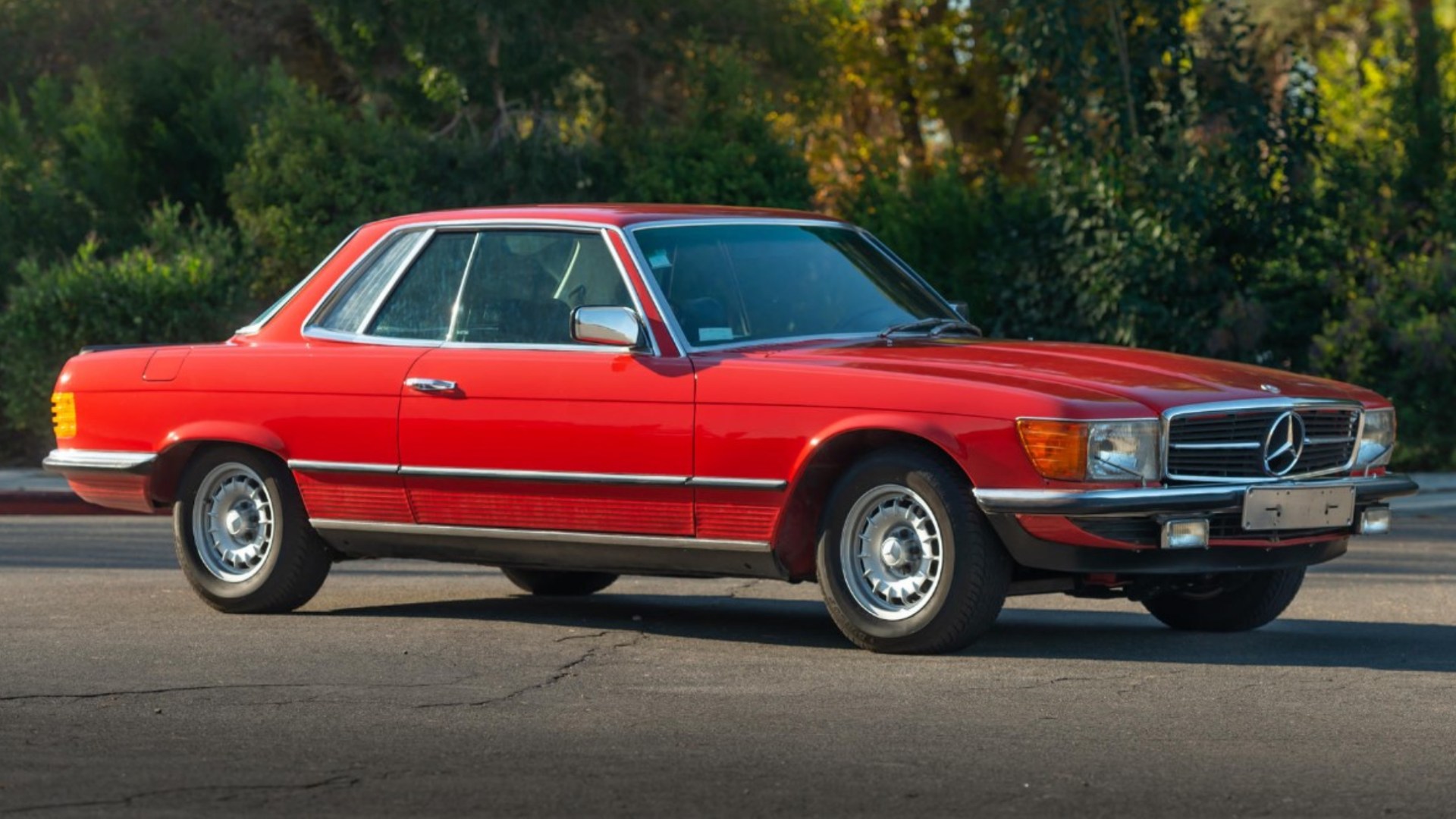 A STUNNING Mercedes once owned by infamous soccer player Diego Maradona is up for auction.

The bright red 1980 Mercedes-Benz 450 SLC was delivered new to “The Golden Boy” and has only driven 62,000 kilometers since then.

The footy star was playing for his first professional side, Buenos Aires’ Club Atlético Boca Juniors, when he handed over the SLC.

The ‘Signal Red’ car was gifted to Diego by an influential group of supporters to show his importance to the first team.

Although already popular with the rich and famous, the SLC was one of only 816 homologated special examples allowing it to compete in the World Rally Championship.

It therefore has light aluminum panels and an all-aluminum engine with 240 hp that reaches a top speed of 210 km/h.

The ad reads: “After Maradona’s ownership, the SLC was in private collections in Argentina before being imported to the United States.

“The SLC has been well maintained throughout its life and professionally restored by its seller and is offered in excellent condition, having driven less than 62,000 km (38,000 miles).”

Philip Kantor, International Chairman of Bonhams Motoring, said: “We are delighted to announce that we will be offering this exceptional automobile – and sporting memorabilia – of Maradona, who led his national team to World Cup victory in Mexico in 1986.

“We are sure that the SLC will score points on the podium in Paris.”