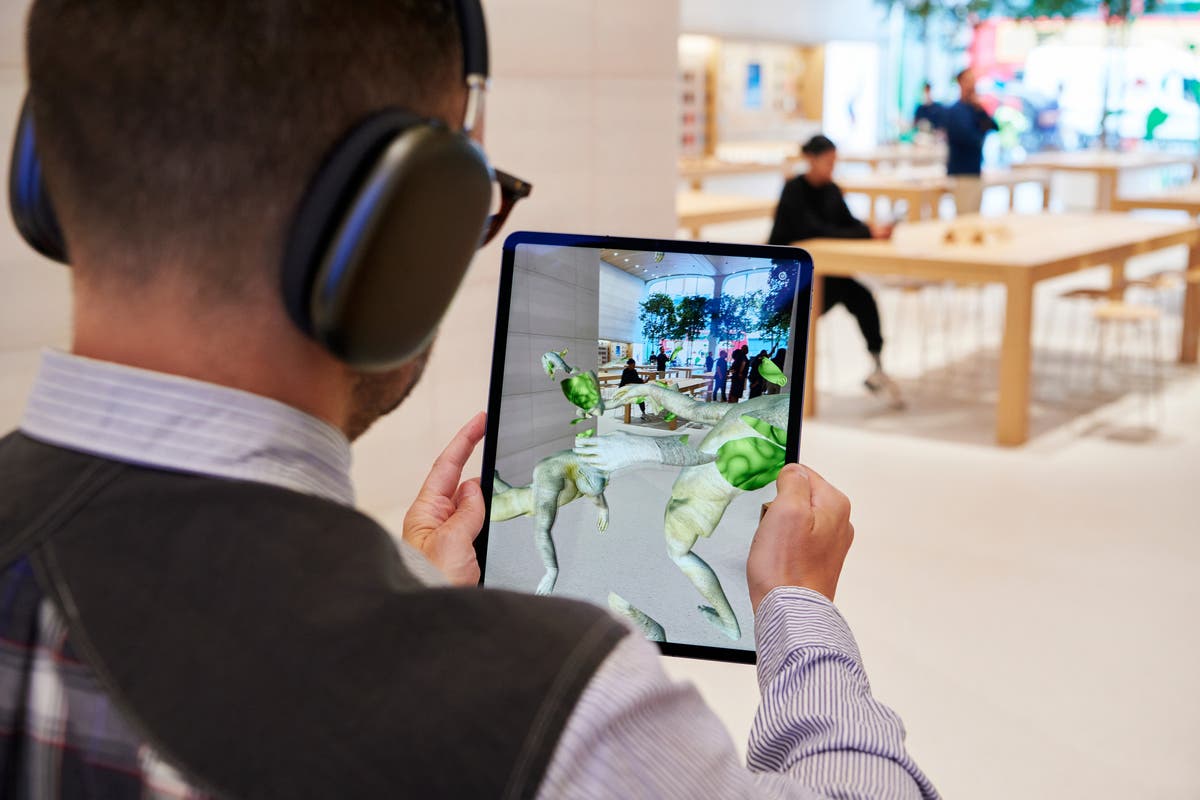 Apple has highlighted its focus on augmented reality by opening a new flagship store in London.

The store opened with the launch of United Visions, an augmented reality experience focusing on London poet and painter William Blake, created with Apple’s technology for the Getty Museum.

The launch not only celebrates the opening of the new shop on Brompton Road in the London borough of Kensington, but is another example of Apple’s ongoing interest in augmented reality, which comes amid the rumored imminent launch of a dedicated AR headset. Customers can view the new AR experience both in store and in a dedicated app.

Apple has focused on augmented reality for years, with Tim Cook pointing out that it’s one of the company’s top priorities. While the iPhone and iPad have a range of AR capabilities, the main focus has been Apple’s rumored augmented reality glasses, which are reported to be nearing launch.

The new store also launched with a focus on other recent Apple features, including the music feature Spatial Audio, highlighted by music workshops and listening sessions.

The opening of the Brompton Road store itself also featured firsts for Apple: new terrazzo flooring made from plant-based bioresin, which the company says was a first at all of its stores, and another first in the form of a mirrored ceiling. The natural focus runs throughout the store, which includes 12 Sicilian ficus trees that line the entrance.

The shop also has the UK’s first Apple pickup area, allowing customers to order products online and have them serviced in store.

Apple says the new store will be staffed by a team that collectively speaks more than 45 languages ​​and consists of 200 people.

The Brompton Road store is Apple’s third flagship store in London, after those in Covent Garden and Regent Street.