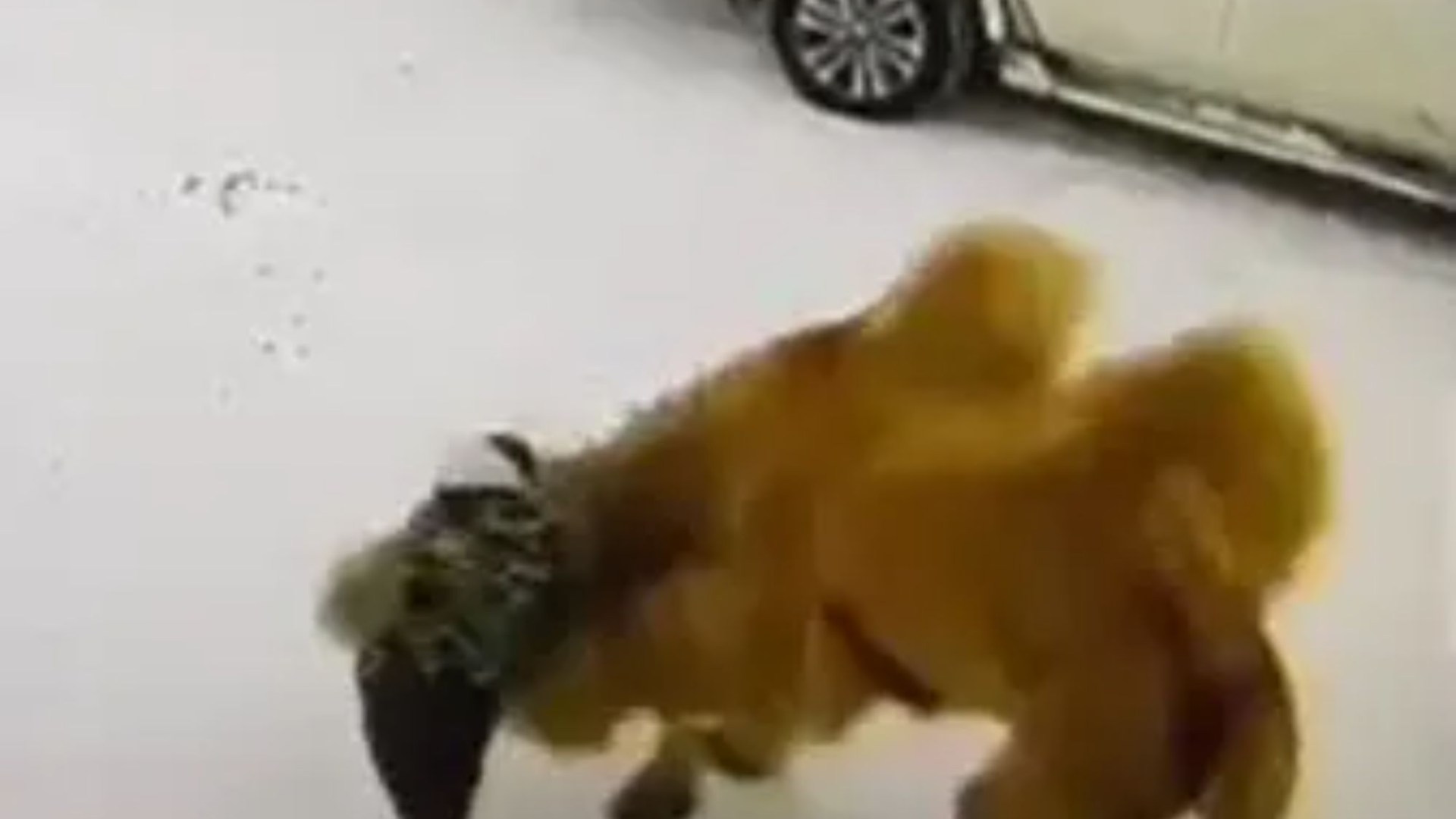 An angry camel bit a dog handler and trampled him to death at a children’s holiday camp in Russia.

The 51-year-old man was taken to a hospital in Omsk, but doctors could not save him.

The guard at the Beryozka recreation center reportedly slapped the “peaceful” camel in the face after vigorously pulling on the reins.

The two-humped Bactrian came back and bit the man several times.

The horror video shows it turning on the man and trampling him in the snow.

“The animal did not appreciate such treatment,” says a local report.

“The man paid with his life after punching the animal in the face.

“The victim was taken to the hospital, but it was not possible to save him.”

Temperatures were hovering around -9C at the time of the horror in Omsk, western Siberia.

Local prosecutors are investigating whether the camel was lawfully kept in the children’s camp.