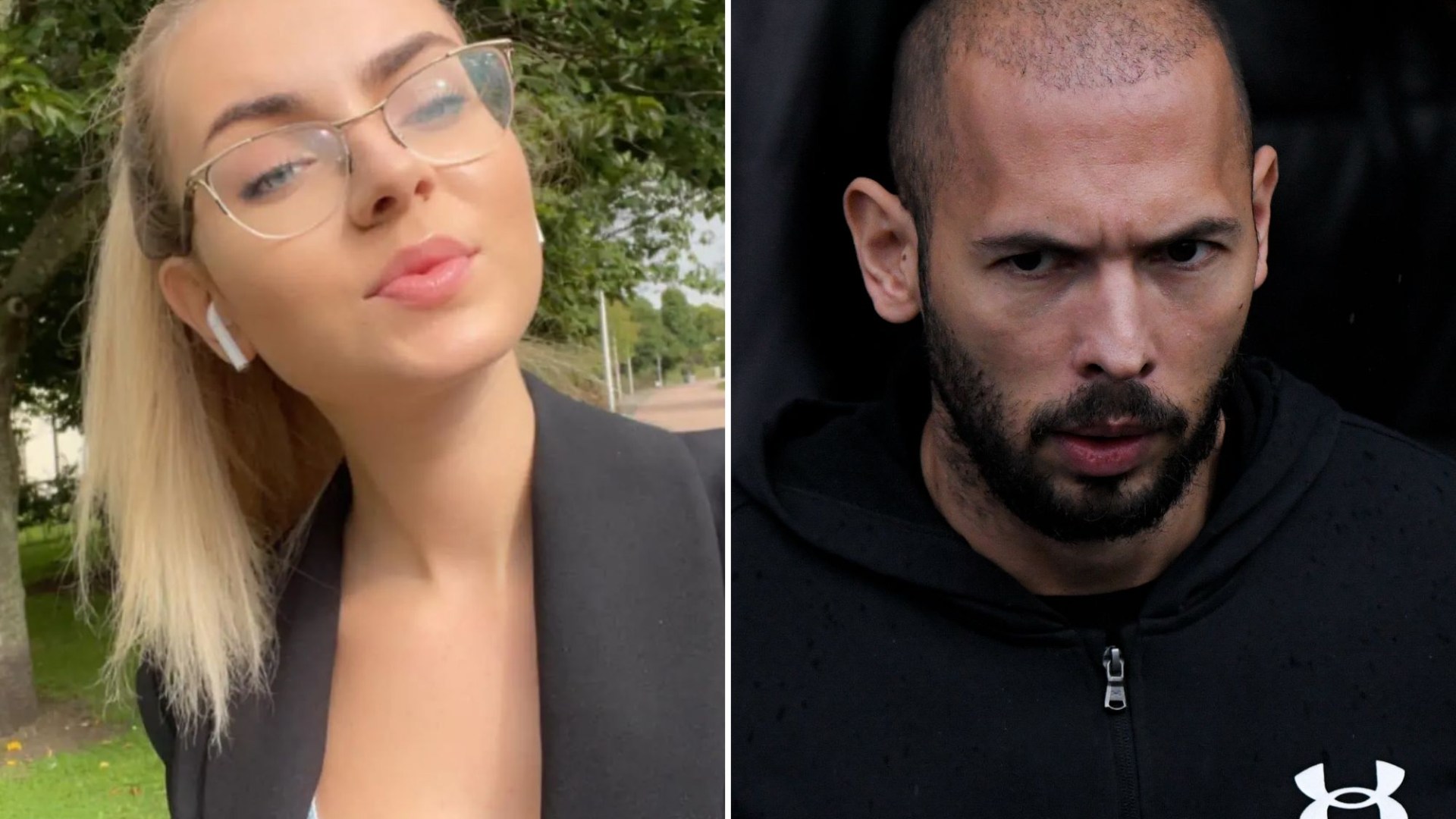 A ROMANIAN woman said Andrew Tate sent her a creepy message when she was 16 and still in high school.

Daria Gusa, along with another teenager, have described how they were approached by the social media influencer and his brother Tristan, who appear to be using the same formula.

Describing the message she received on Instagram to the BBC, she said: “It just said ‘Romanian’ and he put in a flirty emoji.

“I was confused because I [only] had 200 followers and it was a private account.”

She added, “It was obvious that we were high school girls. We had our high school in our biography and all. I think he was just trying to find girls who I thought were as innocent or naïve as possible.”

She said she never replied to the message from Andrew Tate, who is almost 20 years her senior, but claimed some of her friends did.

Daria, who is now studying at a university in the UK, is the daughter of a prominent Romanian politician and felt empowered to speak out.

Andrew and Tristan Tate are currently being held in Romania for 30 days while police investigate allegations of rape and human trafficking.

Both have denied the allegations.

Andrew Tate appears to be telling others how to approach women on social media in an online video.

In the recording, he says: “In my experience, that sparks intrigue [and] inspires them to react [is]… I ask where they are.

“Once in a while [for] Intrigue, I’m going to put a totally pointless emoji at the end: some cherries or an orange or a strawberry.”

After sharing her experience, she says she’s been accused by many young men of lying about getting the message, but they don’t see anything crazy about the other accusations.

She added that many men her age adore the 36-year-old influencer.

In promoting his online courses on woman manipulation and exploitation, Andrew Tate said, “I’ve been running a webcam studio for over a decade…More than 50 percent of my employees at the time were actually my girlfriends and, of all my girlfriends, NONE were in the adult industry before they met me.”

He described his job as “meeting a girl, going on a few dates, sleeping with her… making her fall for me where she would do anything I say,” the ad continued , “and then get her on webcam so we can get rich together.”

Gabriela – not her real name – says she was contacted by Tristan Tate on social media when she was 17, although she later pretended to be 19.

The first message she received was simply, “You are beautiful.”

She told the company she knows he takes the same approach with other girls, adding that he always starts the conversation with the exact same line.

Gabriela said a friend of hers received the same opening message from him.

Andrew Tate says in his online video that the phrase “You’re beautiful” isn’t bad as an opening sentence, and then gives what he calls “a perfect example” of a conversation.