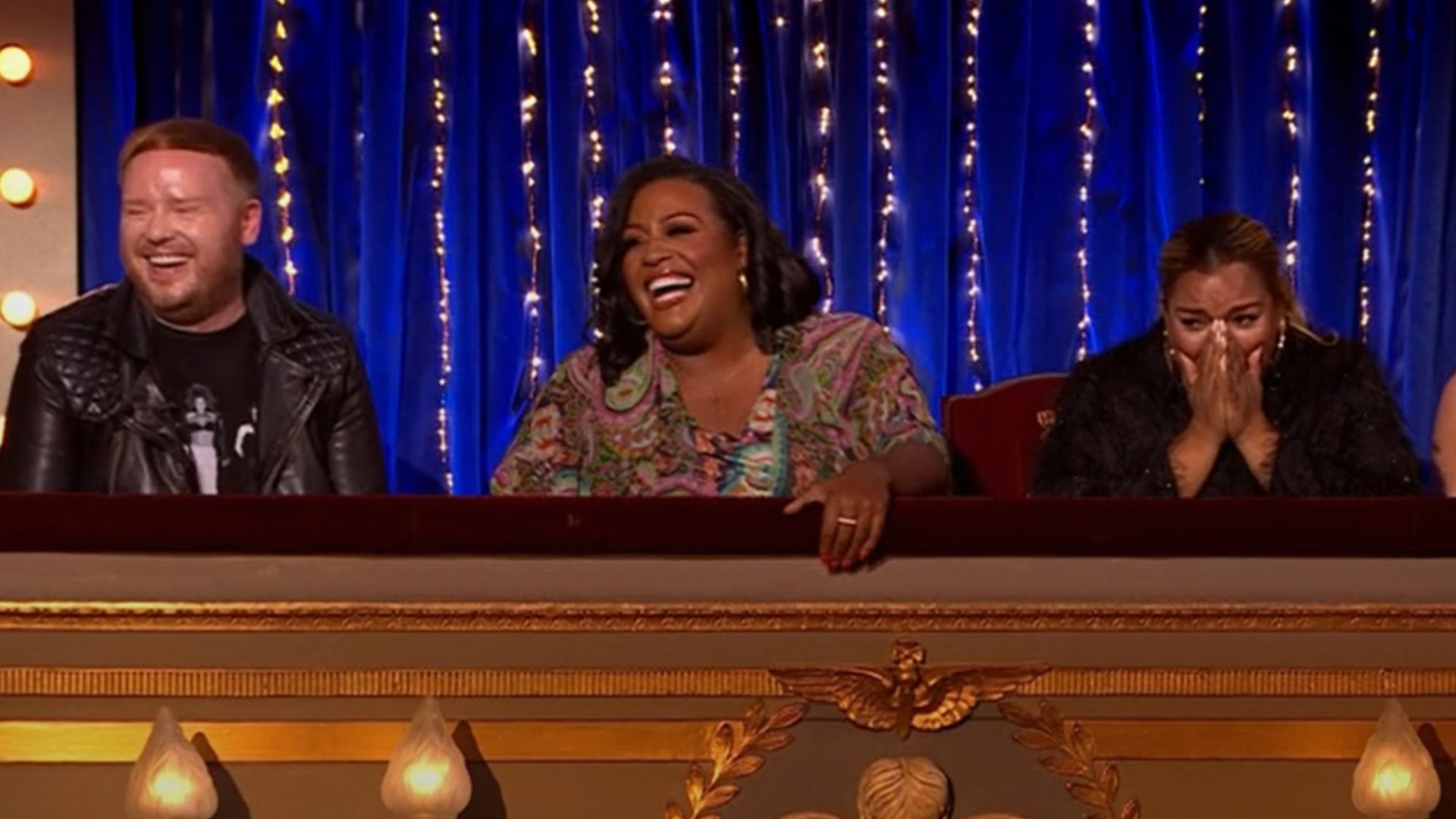 ALISON Hammond gasped as Michael McIntyre called out her “lasered vagina” after rummaging through her phone.

The TV presenter took part in the latest episode of Michael’s Big Show which aired on Saturday night.

Alison, 47, agreed to play Send to All, where Michael sends a cheeky text message to contacts on her phone.

After giving the comic her phone, Michael started going through it and looking at some pictures before moving on to her contacts.

He said: “You did what I do, which means you have details of who the people are, like ‘Jodie Cleaner.’

“And you also have ‘Emma Laser Vagina’.”

Alison immediately burst out laughing, as did the audience, before attempting to say, “I have no idea who that is…”

As Alison blushed, Michael started texting, writing, “Oh my god babies! That’s a bit weird, I downloaded an app that records how you talk while you sleep.

“I just listened and kept screaming your name to the end when I let out a massive trump that woke me up!

“What do you think it’s about?”

Suffice to say, Alison and Michael received some surprising and hilarious replies when some of their contacts replied later on in the show.