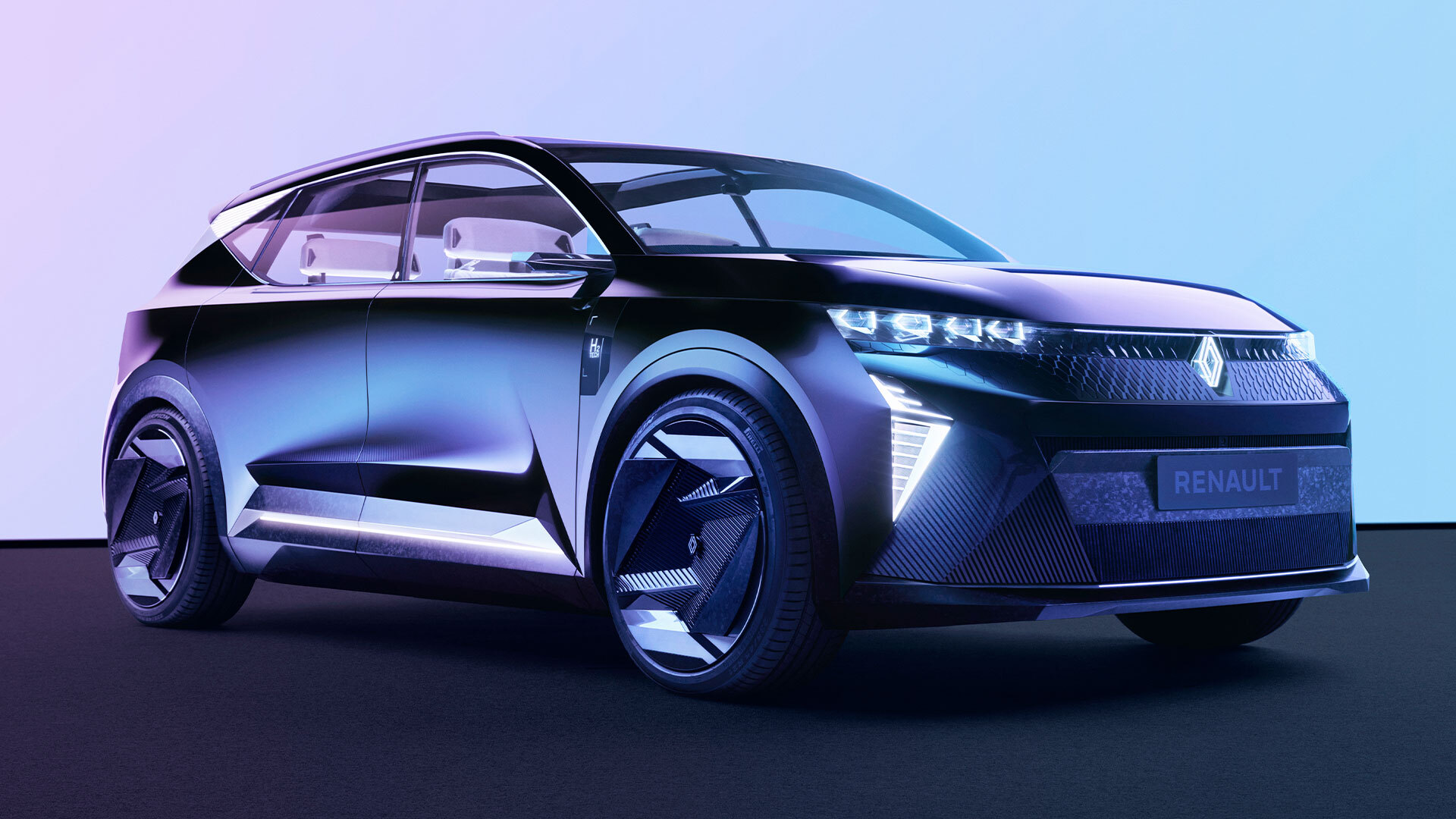 There is a massive trend right now to bring back car names that bring back good memories.

I give you Manta, Puma, Bronco, Supra and even the Renault 5.

But this one was an odd choice.

The original Renault Scenic from the late 90’s was the hearing aid of the car world. Indispensable, but you don’t want to be seen with it.

I can say that because I had one. Actually I had two.

I also had an Espace. I have a team of five with the same last name so a Renault MPV was the obvious choice.

I’ll admit the last-gen Scenic was a lot more pleasing to the eye, but Renault stopped selling it here three years ago.

Now it is revived as a cool EV kit.

Ignore the mock dash with TEN screens, facial recognition cameras and PlayStation steering wheel – this is just concept car tinsel – but the car itself is pretty close to the reality coming in 2024. We like.

Scenic will use the same innards as the £35,000 all-electric Megane arriving in September. That means a choice of two electric motors and two battery sizes, the largest of which offers 292 miles of range at 60kWh. It will also be quite punchy.

Electric cars have instant power – no turbo lag, no waiting for downshifts.

The Megane EV prototype we tested had 220 hp and accelerated from 0 to 100 km/h in 7.4 seconds. Scenic is a bit bigger than Megane, which also means it costs more, but those specs will be pretty much the same.

Like Megane, 95 percent of Scenic can be recycled at the end of its life, with 100 percent of the upholstery being made from recycled materials. The on-board computer is Google. The super-thin battery sits low in the floor, making the cab spacious and family-friendly.

Renault is also experimenting with a hydrogen fuel cell that goes further, fills up as quickly as a petrol engine and only emits water.

Whether you love cars or loathe them, you can’t beat Renault for its ambition to make affordable electric vehicles.

We all know that cost is one of the biggest barriers to buying an electric car.

Ford is an affordable brand, right? But its cheapest battery-powered car starts with a high four.

Renault is currently selling you a Zoe for £30,000 and is promising its next-generation platform for small electric vehicles will “reduce vehicle costs by 33 per cent” compared to the Zoe. That means the remastered Renault 5 will be priced at £20,000 when it hits the road in 2024.

We will hold them to that.

Renault has halved battery costs in the last decade and plans to halve them again in the coming years.

Perhaps Renault 4 – another old name being revived – will be even cheaper.