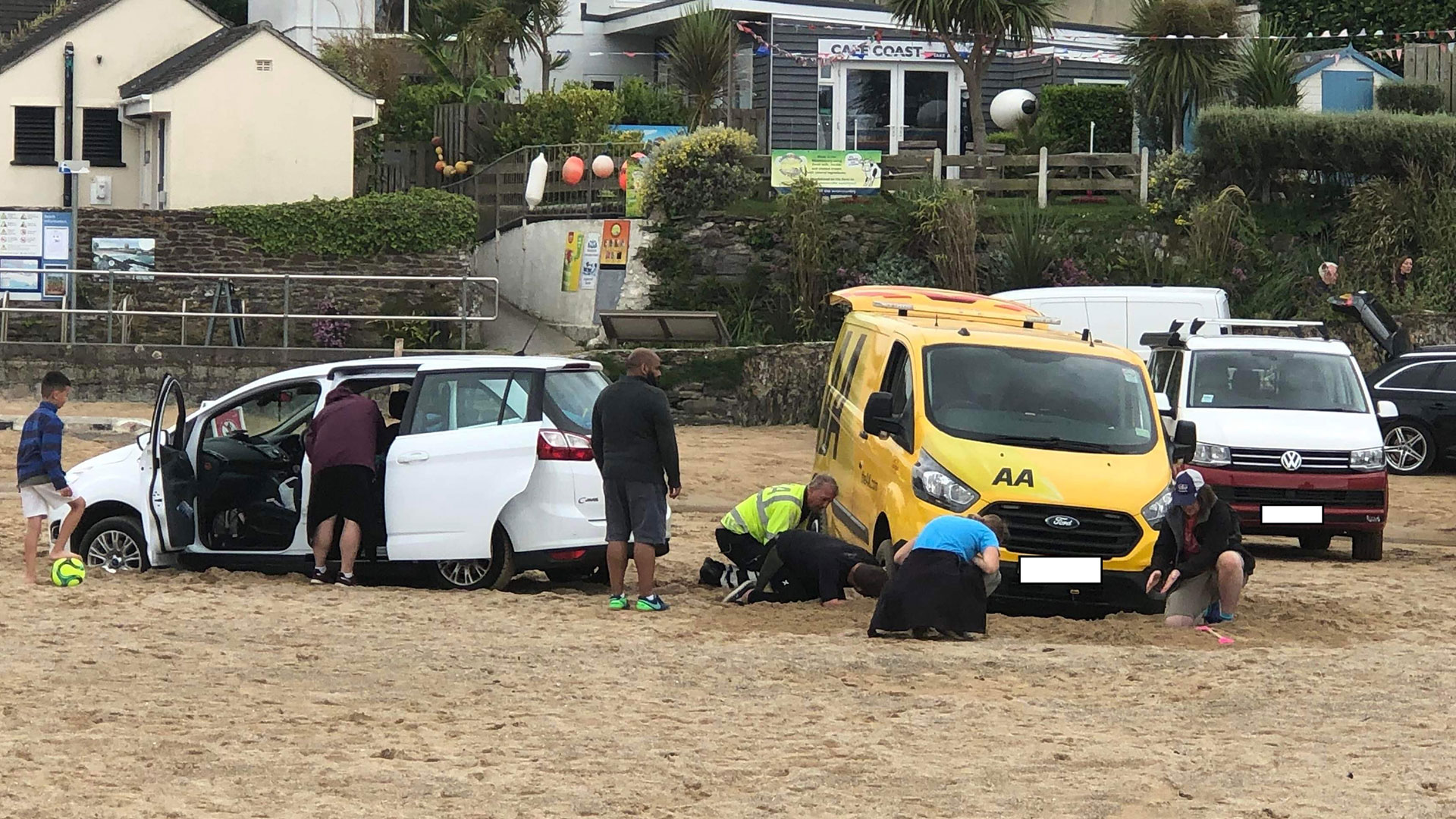 This is the moment an AA van got stuck trying to recover a car from a popular beach.

A group of people were sighted around 10am trying to extricate both vehicles from the sand at Porth Beach in Newquay, Cornwall on June 19.

Photos taken at the scene show the AA driver along with a group of people trying to dig the van out of the sand.

While just a few feet away, what looks like a white Ford C-Max is also stuck on the beach.

A witness, Lisa Hammond, said it took the group “a good half hour to 45 minutes” to extricate both vehicles.

Ms Hammond added that this was not the first time this had happened and said a sign had to be “put up” on the beach.

“It took about eight people to finally lift her out of the sand,” she told Cornwall Live. “They pushed out the AA van first and then the car.

“It’s time to make a really big mark because I think a warning is needed as this happens a lot.

During the Easter holidays a blue Volkswagen Transporter got stuck on Porth Beach and it took half a dozen people to extricate it.

Just a few days earlier, a Mazda was also pinched on the same beach.

In just one year, more than a dozen cars were rescued from Great Western Beach in Newquay, the outlet reports, leading Cornwall Council to consider installing Dead End signs on the road to the beach.

Locals near Porthcurno beach, west Cornwall, became furious earlier this month over nuisance drivers who saw some engines dumped in the middle of the road.

The situation, which has raged for years, is now so out of control that local residents argue lives could be at risk after a coastguard was reportedly unable to get past the parked cars.

Twitter feed Porthcurno Today, which regularly comments on the carnage next to the popular tourist spot, shared images of the car wall.

They slammed: “Robber parkers in #Porthcurno today just before HM Coastguard vehicle drove down the road with sirens on.”