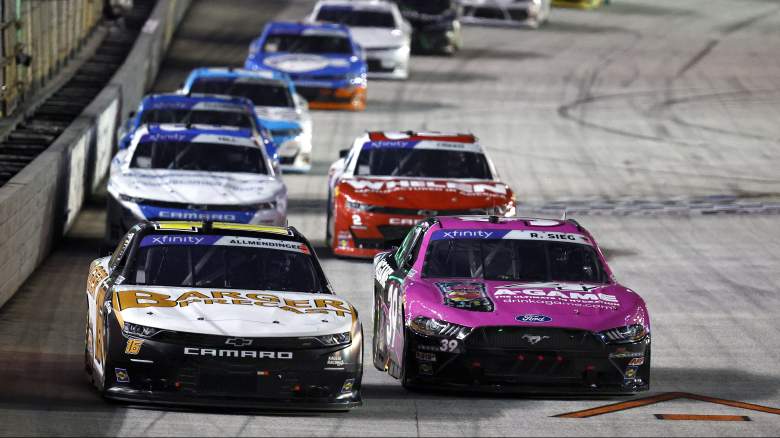 The NASCAR Xfinity Series regular season ended on September 16 at Bristol Motor Speedway. This final race was wild, with competitors derailed by wrecks and a mechanical problem.

The drivers from Kaulig Racing were initially in the last two places in the playoffs. Daniel Hemric was 37 points above the cut line while teammate Landon Cassill was 19 points above. Ryan Sieg (-19), Sheldon Creed (-32) and Brandon Brown (-119) were the drivers within striking distance of the regular season finale.

Brown was the first to miss the playoffs. He hit the wall hard late in Stage 1 and had to garage the No. 5 BJ McLeod Motorsports Chevrolet. Cassill secured points during the first stage but had to take the No. 10 Chevrolet behind the wall with a hub problem. Cassill’s team worked so long on the number 10 that he fell 112 laps behind the pack.

For comparison, Creed seemed within reach of his first career win and a secure place in the playoffs. He had the lead in Stage 2 and a fast Chevrolet but his day ended early. Race winner Noah Gragson got caught in the back by Ty Gibbs, causing the No. 54 to disengage and slam into the side of Creed’s No. 2. Both drivers hit the wall hard and left the race early.

Gibbs already had a secure place in the playoffs after winning five races in the regular season. However, Creed needed the win to pass Cassill, so the wreck eliminated him from the playoff chase.

While several playoff hopefuls were struggling with significant problems, one driver just kept doing laps. Ryan Sieg drove a clean race and did exactly what it took to earn his ticket to the playoffs.

Sieg started 10th overall, putting him in a solid position to fight for crucial points throughout the race. He then finished the first stage in 10th place, just behind Cassill. Victory didn’t earn any extra points during the second stage, but he put himself ahead of the Kaulig Racing driver by simply staying on track and keeping the car clean.

Cassill was able to get back on track and reduce his deficit from eight points to five, but he needed victory to drop several positions to track down the No. 39 in points. This did not happen as Sieg ultimately ended the day in 10th overall. That was enough to give him a five-point lead when the checkered flag flew.

“It feels great. It’s a great short track race.” Victory said PRN after the race. “I wish we would have done more next year. We never gave up. The car stayed together and we find ourselves in the playoffs.”

With the regular season finals concluded, the playoff field is now set. There are some names that many were expecting, but there are also some riders who have secured their spots with consistent performances and surprise victories.

AJ Allmendinger (three wins) leads with his second straight championship of the regular season. He secured the 15 bonus points with a sixth place finish at Bristol Motor Speedway. This was his 23rd top 10 finish in the first 26 races.

Clements had a unique way of punching his ticket to the playoffs. He won at Daytona International Speedway, jumping below the cutline. NASCAR then disqualified him from the playoffs after taking the No. 51 to the R&D Center. However, Jeremy Clements Racing appealed the penalty and won, putting Clements back in the playoffs.

Victory, for comparison, did not win a race. Instead, he averaged just a 16.6 regular-season average while notching 10 top-10 finishes and one top-five finish. Now he’s just two top 10 finishes away from matching his career high from the 2019 season. More importantly, he gets the opportunity to fight for a championship.