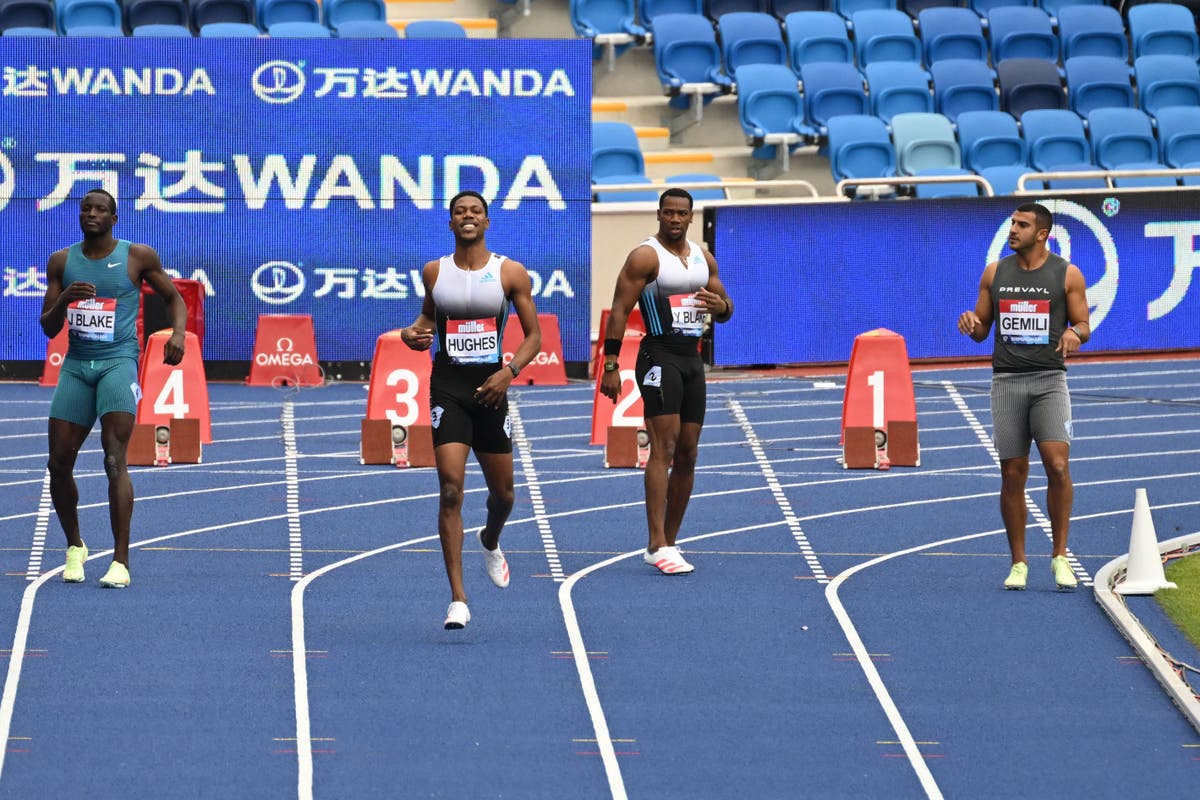 From a grimace to a grin, Trayvon Bromell accepted his fate in Saturday’s Diamond League: a false start in the men’s 100m prevented the American from starting in Birmingham.

A long-haul flight for a 10-second race and the obsolete one-and-done rule made his trip a complete waste of time. Shock and disappointment quickly settled in the newly opened Alexander Stadium as Britain’s Zharnel Hughes, who suffered the same fate in Tokyo last year, quickly followed Bromell back to the dressing room.

It was a dignified response from Bromell, who conceded it was a ‘rookie mistake’, but quite simply, the rule needs to be changed.

The most notorious victim of the one and done rule was Usain Bolt, who was disqualified at the 2011 World Championships in Daegu.

But with the sport demanding eyeballs more than ever in an increasingly saturated market, punishment now outweighs crime, at least outside of the major championships.

“A Netflix show would be brilliant,” Dina Asher-Smith said last week about how to increase the popularity of the sport. “It would give a really good insight into how we are. I would also like to have more events in the big cities, maybe get more street racing back. Make sure we have lots of fun, energetic, and high-energy events. I think that should be the priority to get Gen Z involved.”

However, it becomes increasingly difficult to grow the sport when fans are just an afterthought. Those who have paid money and traveled great distances to see their favorite athletes certainly deserve better. Fans would certainly prefer some sort of respite, even if it weighs on the schedule and TV schedule.

Some may argue that discipline and the ability to respond to the gun are integral parts of the sport, which is true. But do we really need that serious an impact on the Diamond League and anything outside of the major championships?

Certainly Bromell and Hughes could have run if there was no progress in the heats or a big title at stake – although athletics sometimes creates problems of its own when a meet has a national championship within a race.

The Diamond League awards athletes one to eight points for placing between eighth and first place in their 13 series meetings. Athletes who finish in the top eight overall in the 100m then advance to the finals at the end of the season.

Therefore, a happy compromise might be to deny Bromell the ability to earn points after a false start, or even take a percentage of his profits, much like a boxer losing weight, and donate it to charity. The result doesn’t even have to count when the sport is really scared of athletes playing the system. But let’s at least see the athletes run, especially when they’re as special as Bromell, who might not be performing in the UK again until next year.

Bromell is a big star and apart from Andre de Grasse he was the only gold medal contender in the men’s 100m at Eugene this summer who traveled to Birmingham. Marcell Jacobs, who now appears to have picked up an injury, Fred Kerley and Christian Coleman all skipped the meeting to prepare for this weekend’s Prefontaine Classic.

The 26-year-old’s disqualification should also serve as a warning as Saturday was quickly followed by the women’s 100m, which focused on the face of the competition: Asher-Smith. Had Britain’s sprint queen, who was largely responsible for generating interest in the event, made a similar mistake, there would have been an uproar.

Asher-Smith is right, a show like Drive to Survive would do wonders for the sport and we’ve seen the progress made by innovative events like the Night of the 10,000m PBs. But first and foremost, athletics needs to protect itself from shooting itself in the foot. It’s time to change the false start rule.