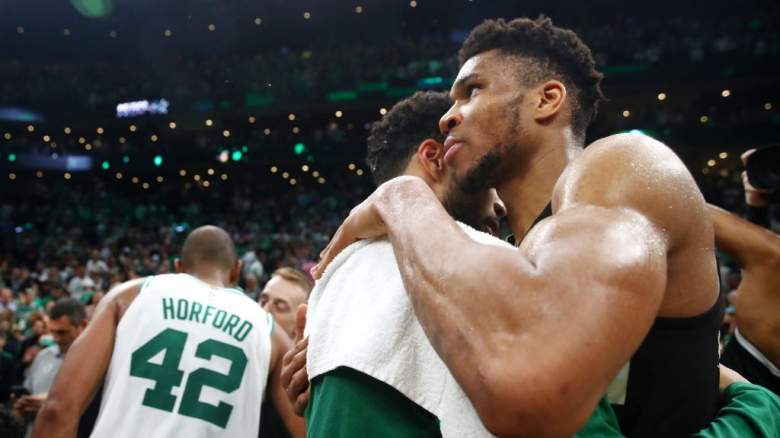 After defeating the Milwaukee Bucks 109-81 in Game 7 of their best-of-7 series, the Boston Celtics travel to Miami for Game 1 of the Eastern Conference Finals.

Boston outplayed the Bucks 61-38 in the second half thanks to the strength of Celtics forward Grant Williams, who had a career-high 27 points including a whopping seven 3-pointers, and Jayson Tatum (23 points, 8 assists). , before cruising to an overwhelming victory.

Get the latest Celtics news straight to your inbox! Join this Heavy on Celtics newsletter here!

After the game, Bucks superstar Giannis Antetokounmpo opened up about what went wrong for Milwaukee on the series.

“Obviously we didn’t do enough three-pointers,” said Antetokounmpo. “We shoot a lot of threes. On the other hand, I couldn’t be more proud of the guys and their commitment. We had a chance to win but we gave everything we had. We left everything outside. So I can’t be prouder of the lads, the effort and everything they gave for the games.”

Shortly after the final buzzer, Giannis hugged Tatum and the two chatted briefly before going their separate ways. Antetokounmpo shared the content of this chat during its media availability.

“It kind of hurts not to win. But at the end of the day – the way my parents raised me – I’m a good person and I have to wish Tatum and his team the best for the future,” said Antetokounmpo after Game 7. “I think they played great, were able to win the series, I wish them the best of luck as he continues to play great and hopefully lead his team to a championship.

Giannis believes the Celtics have what it takes to reach the NBA Finals and beyond.

“They are a great team, have great chemistry and have a chance to win one,” he added. “I told him that, paid him my respects. He gave me his respect back. So that was it.”

All in all, Antetokounmpo is taking this loss in stride, believing that the stab that can only come after losing a matchup in Game 7 should ultimately make the Bucks a better team.

“I enjoyed it. It definitely made me a better player,” said Antetokounmpo. “You get better when you see how much I enjoy being out there with my teammates. I’m enjoying this great season to have a long (power) season – sorry for my language – long season, through the ups and downs I’ll miss the itch for a while now but I enjoyed this series and couldn’t win I wish we were the team that plays in miami on tuesday but we’re not have a great offseason and get better.

“Feel that; hopefully what we’re feeling now can motivate us throughout the season and come back healthy and ready to go.”