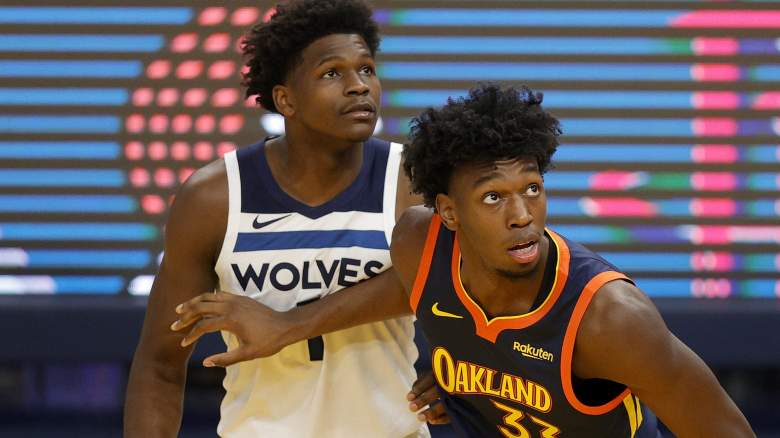 The Golden State Warriors have invested heavily in James Wiseman over the past year.

There was number 2 overall that they used to land the Memphis standout, the minutes they devoted and the commitment to keep him on the grid to help his development on the pitch. Then came the trade rumors and the Wiseman proposals, which the Warriors supposedly rejected.

Now that Wiseman’s second season begins, the team is paying off.

After losing a lot of time in training camp after a positive COVID-19 test in his rookie year, Wiseman is again restricted in preparing for his second season. He suffered a ruptured right knee meniscus late last season, eventually had surgery to repair it, and is now finishing his rehab.

Warriors head coach Steve Kerr said that even if the center doesn’t get a lot of work on the pitch, he can already see a huge difference in him.

“He’s really fine, I think James is really coming out of his shell,” Kerr said of NBC Sports Bay Area. “You can really see the maturity, he speaks in meetings, feels a lot more confident, I can see it and then the drill that he does, he really takes things up quickly.”

Kerr had publicly supported Wiseman last season despite some ups and downs and ultimately committed to keep him in the starting XI from the All-Star break until the end of the season. Though Wiseman’s season ended with the injury, Kerr’s vote of confidence signaled that his development was a top priority for the team that spent much of the season on the edge of the playoff picture. Wiseman finally averaged 11.5 points and 5.8 rebounds in 21.4 minutes per game.

Wiseman will be part of the young core of the team this season as rookies Jonathan Kuminga and Moses Moody are expected to contribute from the bench.

Though Wiseman is limited in his physical abilities, the 20-year-old Center has done everything in his power to prepare for the coming year – including spending time with another injured team member. When the team held its media day in September, Wiseman told reporters that he was hanging out with Klay Thompson and taking advice from the All-Star Guard.

“I’ve connected a lot with Klay,” Wiseman said of NBC Sports Bay Area. “We went through a lot of games, especially when the playoffs were in, we watched it together and he was just telling me things I can do to be a better center for my role. Yes, we talked a lot. “

Wiseman also has some time off the field to connect with his teammate and explore San Francisco Bay on Thompson’s boat.

“We talked, we had a good chat and had a great time, and I enjoyed myself,” said Wiseman of his July boat trip. “And I was his deckhand too, so I did all that stuff, man. It was crazy. “