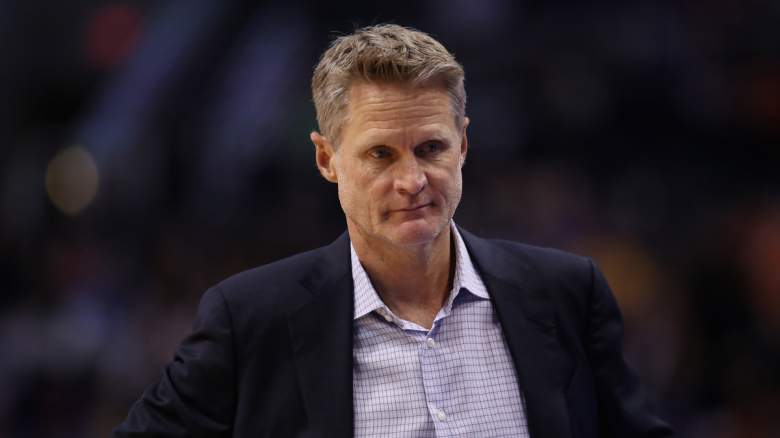 On the latest episode of his podcast, The Draymond Green Show, the Golden State Warriors titular star made a particularly powerful statement about Phoenix Suns owner Robert Sarver. Green Party Proclamation: Vote and get him out of the league.

After an investigation found that Sarver used the N-word multiple times and was also involved in other misogynistic acts and workplace abuse, the NBA instead imposed a one-year suspension and a $10 million fine.

However, Green was far from the only one who felt those penalties didn’t go far enough, with many calling for Sarver to be ousted. And while the league office didn’t go that far, Sarver seems to be extricating himself from the situation by selling his team.

Not everyone is ready to brand the 60-year-old a racist, however, and that includes Warriors coach Steve Kerr, who has plenty of experience with the Suns owner.

When ESPN’s Baxter Holmes published the story of Sarver’s history of abuse, Kerr — who worked under him as Suns general manager from 2007-10 and was a minority owner for many more years — pushed back the reports somewhat.

“I’ve never seen anything that suggested racism or misogyny,” Kerr told ESPN of his experience with Sarver. “And I was very surprised to hear those allegations because that’s not the person I know.”

As part of the League’s investigation, Kerr was again asked for his opinion on Sarver. However, the Warriors coach did not want to change his personal account.

“I stand by what I said because that was my experience — I wouldn’t make that up,” Kerr told the Mercury News. “What I experienced was a guy who was sometimes inappropriate and whose sense of humor was sometimes over the top, but never anything that suggested racism.”

However, Kerr made no attempt to discredit the investigation findings or directly defend Sarver.

“I guess everyone’s relationship with each other is different,” Kerr said. “We all have friendships or relationships that are personal and in which we see certain sides of people. So I don’t think that… it doesn’t matter to me, you know? That was what I saw and that was my comment.”

Sarver announced in a statement released Wednesday that he would be selling the Suns — and the WNBA’s Phoenix Mercury.

“As a man of faith, I believe in atonement and the path to forgiveness. I expected that the commissioner’s one-year suspension would give me the time to focus, make amends and remove my personal controversy from the teams that I and so many fans love,” Sarver wrote.

“But in our current unforgiving climate, it has become painfully clear that that is no longer possible – that whatever good I have done or might do is outweighed by things I have said in the past. For these reasons, I am starting to look for buyers for the Suns and Mercury.”

“I fully support Robert Sarver’s decision to sell the Phoenix Suns and Mercury. This is the right next step for the organization and the community.”