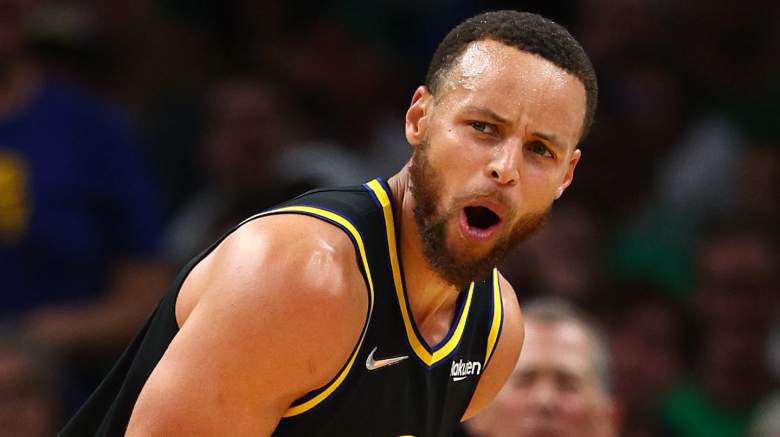 Stephen Curry responded with one word when asked how his injured foot was doing ahead of the Golden State Warriors’ Game 5 vs. Boston Celtics.

Curry injured his foot at the end of Game 3 after being caught for a loose ball at the end of a scrum. However, during a stellar performance in Game 4, that didn’t seem to bother him one bit, posting 43 points, 10 rebounds and 4 assists.

Curry wasn’t on the injury report released by the Warriors ahead of the crucial matchup against Boston – boding well for Golden State that the two-time MVP will continue to put up massive numbers without a problem.

“Great,” Curry replied to reporters when asked how his foot was doing.

Curry noted he continues to receive treatments for his foot and other ailments, which is typical at this time of year when players play through bruises, bruises and even more serious injuries. Curry played 41 minutes in Game 4 – a high for him this postseason.

Curry gave a little more insight into what he’s dealing with after Game 4 and praised the Warriors’ medical staff.

“Great rehab, medical staff hooked me up for the past two days and got me right. I guess for the most part I didn’t think about it,” Curry said. “Like I don’t know how to explain the pain. It’s more like just when you’re out there, you don’t compensate or you don’t – it doesn’t take up too much mental space in terms of feeling like I can do whatever I want on the pitch. … Hopefully that continues with these next two days off and get ready for Game 5.”

On the other hand, Celtics star Jayson Tatum is struggling with a shoulder problem, although it’s unclear exactly what’s going on with the first-team All-NBA pick. He averages 22.3 points and shoots just 33.4% from the field.

“Jayson, I think it’s a spike that’s going to flare up if he’s hit the wrong way,” Celtics coach Ime Udoka said ahead of Game 4. “I’m not sure if it has an impact on that he will finish. He still shoots the ball from 3. Only the first hit you saw him on – had to shoot some free throws after that, might be a little numb there. He shoots 3 seconds right after that so I’m not sure if that prevents him from even finishing.”

Injuries have been a topic of major conversation during Sunday’s press conferences, but only to reflect on what Warriors guard Klay Thompson has been through over the past three years.

Thompson suffered a cruciate ligament tear in Game 6 of the 2019 NBA Finals and then tore his Achilles tendon before the start of the 2020-21 season. He missed a total of 941 days but eventually came back triumphant this season, a testament to his determination and will to win.

“When I step onto this pitch, I want to win by any means. I don’t care how ugly or pretty it is,” Thompson said. “Let’s just win and protect our home court. I’m not going to sing ‘Kumbaya’ or anything. I just want to win.”

Curry was among those who expressed appreciation and admiration for Thompson for fighting his way back from everything he had been through.

“To think that it’s been three years and everything that we’ve been through, everything that Klay has personally been through since then, and to be back here adds a sense of gratitude to be back on this stage,” Curry said . “This chapter will definitely always be part of our journey. We’ll probably be talking about this for a long time. Hopefully we can get that job done and pay tribute to this three year journey that actually resulted in something really special.”

Thompson averages 17.3 points per game in the finals but struggles to make the ball drop. He shoots only 36.6% from the field and 33.5% from depth.