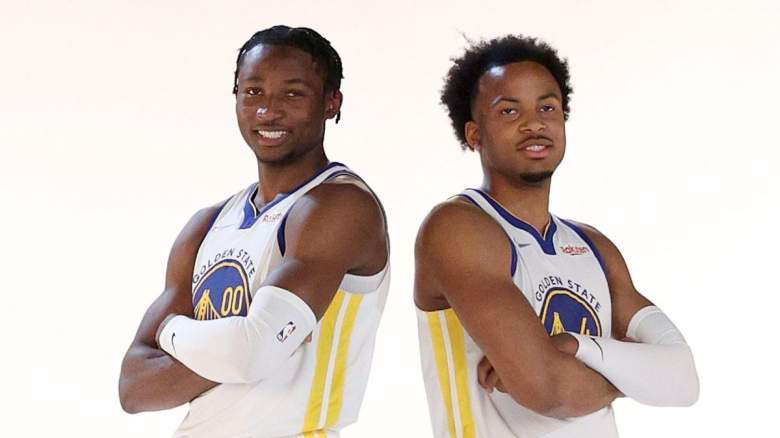 Last season was everything the Golden State Warriors ever hoped for. They’ve got Klay Thompson back, their core has gelled beautifully, and despite multiple injuries along the way, they’ve managed to win their fourth championship in eight years.

They want to build on this success next year. With almost their entire rotation coming back, minus Gary Payton II, Otto Porter Jr. and Nemanja Bjelica, they will be able to play the same game. However, new faces should be ready to jump into the rotation.

One of those players will be Moses Moody, who will soon be a sophomore. During a recent interview with The Athletic’s Anthony Slater, head coach Steve Kerr explained what Moody’s role in the rotation could be next season.

“Moses looks fine. He has a more advanced, balanced game than JK at the moment in terms of consistency with the others. This 3 and D position. He plans to be a part of things next year. He showed it in the playoffs against Dallas,” Kerr told Slater.

He’s not the only youngster expecting to earn minutes next season, however, as Kerr was also impressed with Jonathan Kuminga’s performance.

Despite not earning any regular minutes last season, Kuminga was still a very useful member of Golden State’s rotation. Kerr said it’s normal that he doesn’t get consistent minutes since he’s just a rookie.

“Everyone has shown really good signs,” Kerr said of Moody, Kuminga and James Wiseman. “JK had a period last year where – I think it was March, early April – he was playing really well and was getting more and more comfortable. He didn’t get that much run in the playoffs, but that’s normal for a rookie, especially when we were completely healthy.”

Both Moody and Kuminga were drafted into the top ten of the 2021 NBA draft, but neither was a regular face in the Warriors’ rotation. It shows how good their line-up really was and how great the team is progressing.

While Wiseman missed all of last season, he got a run for the Warriors in his rookie season. Kerr said the young big man impressed her during that time and next year he should be able to play some important minutes for Golden State.

“Then I think James had some really good moments in his rookie year. It gets lost in the shuffle because overall it was a fight for our team and James had his ups and downs. But you remember he had some really big games for us. I think he’ll help us as he continues to gain momentum and gain confidence in his body and his ability,” Kerr said.

All three, Moody, Kuminga and Wiseman have the potential to be great NBA players and for the Warriors to have them all on rookie contracts is a very impressive achievement. And that’s without mentioning Jordan Poole, who appears to be a star in the making.