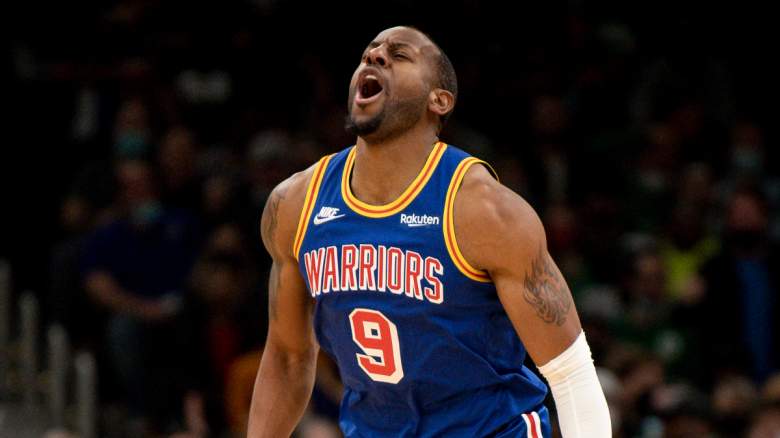 The Golden State Warriors might have been the favorites in their West Finals series against the Dallas Mavericks, and they definitely looked the part, but don’t twist it — they overcame a few obstacles to clinch their title-round ticket.

No fewer than three of the team’s key wheels, Gary Payton II, Otto Porter Jr. and Andre Iguodala have struggled with injuries throughout the Mavs series. As a result, Steve Kerr has had to struggle at times to find a winning mix off the bench.

In the end, the Warriors were still able to get the job done (and in just five games, no less). Whether it’s the Boston Celtics or the Miami Heat they face in the NBA Finals, the Dubs will have a harder time winning the series and bringing home the chip if they continue to be so shorthanded.

However, Golden State may be on the verge of bringing some or even all of the above players back into the fray.

On Sunday, the Warriors released an update on all three injured players. No new schedules were announced, but the team did say Payton, Porter and Iguodala have made “good progress,” as shared by ESPN Kendra Andrews.

It was also announced that they would be reintegrated as exercise participants this week. Again, no official return dates have been announced, but the fact that the trio will resume some work on the pitch seems to suggest comebacks are fully on the table.

Thankfully, Game 1 of the Finals on Thursday, June 2nd is four days away at the time of this writing. So Golden State has some time to recover before the big fight begins.

Payton last played in Game 2 of Round 2 when Memphis Grizzlies wing Dillon Brooks broke his elbow from a flagrant foul. Porter missed the dubs’ last two games with persistent foot pain. Iguodala, on the other hand, has not appeared in a game since Round 1 against the Denver Nuggets due to a disc injury.

Much has been said and written about Steph Curry’s legacy in terms of playing with and without Kevin Durant. However, a statistic just fished out by Hoops analyst Tom Haberstroh could be the last word on how incredible Curry was as a clear leader.

“If you take out Steph’s games with an NBA75 teammate (KD), Steph’s playoff win percentage is 48-26 (.649), which is still better than the career rate of Tim Duncan, Kobe Bryant, and Larry Bird — all of theirs NBA75 teammates. ”