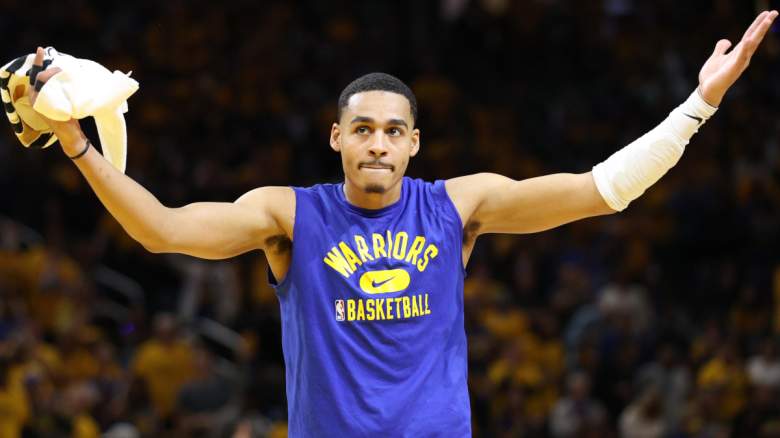 Bob Myers has seen a lot in his time as the Golden State Warriors’ senior decision-maker and also in his days as an agent. But the financial challenge he now faces amid an unprecedented luxury tax situation and several ballers seeking maximum or near-maximum extensions are new territory.

“We didn’t have that particular situation,” Myers said during his recent media availability. “We won the most games at the start of the season and were the worst team in the league. We’ve seen a lot, even myself, and even before that. But I don’t know if we were right here.”

Luckily, Myers and his Brain Trust have some time to figure out most of these deals. However, they have a pretty tight deadline with Jordan Poole looking for a bag after exploding at 18.5 PPG, 4.0 APG and 3.4 RPG last season.

As of this writing, the team have just over three weeks to come to terms with the 23-year-old. But it seems like a plan is in place to possibly get something done.

Given the aforementioned deadline, Myers has been pressed for more information on Poole’s renewal talks. The Warriors president responded by sharing the preliminary plan to finally enter negotiations with the baller’s people.

“We’re going to meet with his representatives, I think, after Tokyo and we’re going to sit down for the first time and start this conversation and I think that’s about two weeks before the deadline for him,” Myers said.

Myers is, of course, referring to the team’s pre-season series with the Washington Wizards, which begins with a game on Friday, September 30 at Saitama Super Arena in the Japanese capital. The two teams play a second game at the same venue the following night before returning home to the bay.

Myers knows he will be deep into contract talks at this point; however, he is less certain of how they will unfold.

Contract negotiations can be an intense process and the Warriors’ tax crisis will no doubt affect their discussions with Poole as well as Andrew Wiggins, Draymond Green and Klay Thompson. Still, Myers believes there’s at least one thing that works in everyone’s favor.

Namely, the mutual desire to achieve something and stay in the business of winning championships.

Whether “the best we can” means the team’s six founding members will continue unscathed remains to be seen.