Warriors Past & Present Sound Off when Passing of Hoops Icon, Oakland Native 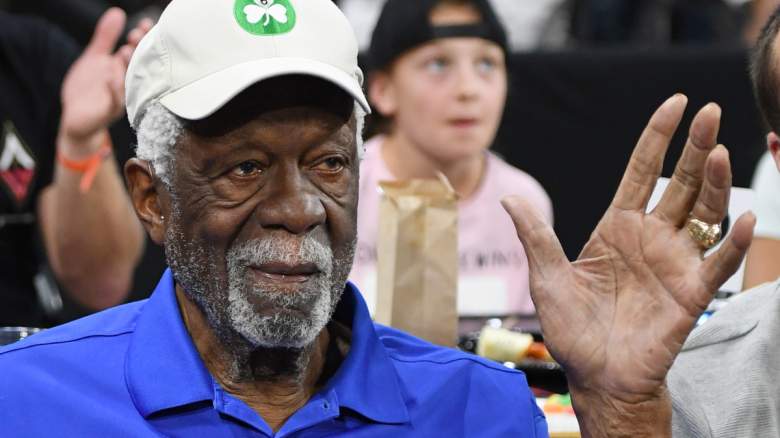 More than 50 years before LeBron James stole the title from the Golden State Warriors in 2016, another GOAT contestant closed the dubs to win the NBA Finals. Namely the great man Bill Russell, who led the Boston Celtics to a 4-1 series win over the San Francisco Warriors in 1964.

However, that was only a brief moment for Russell, who was one of the most accomplished athletes in American sports history and, more importantly, an advocate for change, equality and social justice.

While his light will never truly go out, Russell’s incredible life has come to an end. According to an announcement on his official Twitter account, the Hall of Fame Center deceased on Sunday with his wife Jeannine at his side. He was 88 years old.

Following his death, warriors past and present took to social media to extend their condolences to Russell’s family, share their memories of the legendary Hooper and recognize his incredible legacy.

Warriors star Stephen Curry took to Instagram to acknowledge Russell and all he stood for, posting a picture of the two together and writing: “trailblazer. Symbol. Biggest champ in basketball. Made the world a better place on and off the pitch. Thank you and rest! 11″

However, Steph wasn’t the only one to speak out about Russell’s death.

“So sad to lose a friend, broadcast partner and one of the greatest players in NBA history. RIP Bill Russell,” Hall of Famer wrote Rick Barry.

“Bill Russell,” the former dubs guard tweeted Baron Davis. “You are loved, valued, honored, true pioneer, greatest overall for all you have stood for. Stand against it and the doors that fly now open for us [as] a result of your journey. May God bless your family. And may the angels rejoice!!! thank you legend”

“RIP to the Legend,” added the Warriors player-turned-executive Shaun Livingston. “A pioneer for generations!”

While Russell will always be known as the pride of Beantown, having led the Celtics to 11 championships in 13 years, the icon had an incredible connection to the Bay Area.

Although he was born in Monroe, Louisiana in 1934, Russell moved to Oakland with his family eight years later. There he attended McClymonds High School, where he won two state championships. He then spent three years at the University of San Francisco, leading the Dons to two NCAA titles, averaging 20.7 points and 20.3 rebounds per contest.

history to be updated.

history to be updated.