Warriors owner claps back at haters for spending narrative to win 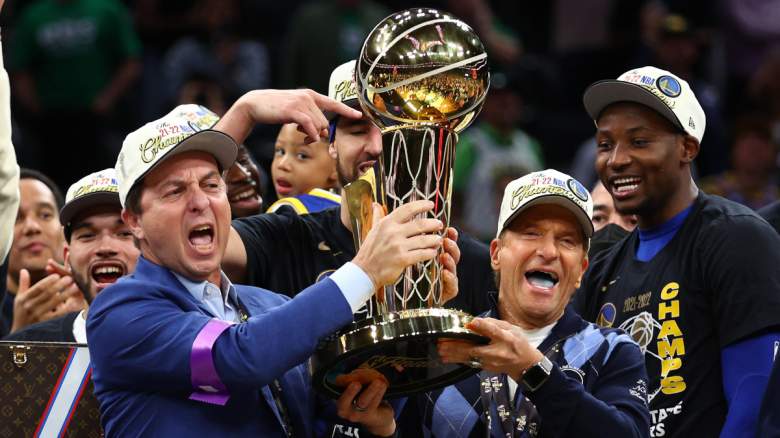 The Golden State Warriors’ long and perilous journey back to the mountaintop was finally complete after the club defeated the Boston Celtics in Game 6 of the NBA Finals on Thursday.

However, despite the devastating injuries the dubs have had to recover from — not to mention the departure of an absolute superstar in Kevin Durant — to hoist the Larry O’Brien Trophy yet again, not everyone is eager to hand out props.

After the Warriors overcame a pathetic shootout to win Game 5, ESPN’s Brian Windhorst called it a “check book win.” And there are fans, pundits, and Twitter trolls out there blaming Golden State for buying their latest chip.

However, Warriors majority owner Joe Lacob has none of it.

“Oh, come on,” Lacob told The Athletic after his team’s title win. “It’s a joke; I think it’s ridiculous. All of our players are guys that we drafted or only signed one player but one [Wiggins] act. One trade and no free agent beyond the minimum. How can you say we bought the title? It’s crazy.”

Lacob was spot on when he pointed out that the Warriors roster is largely made up of local talent. Stephen Curry, Klay Thompson and Draymond Green – who have now added four titles to the team’s trophy cabinet – were all designed and developed by the dubs. So the franchise has definitely earned its roses on that front.

That is, property has Also clearly paying a premium beyond anything we’ve ever seen from any other NBA team to keep these homegrown boys together and surround them with title-worthy pieces. Lacob even mentioned this reality on Thursday.

“We wouldn’t spend that much money on the squad if we didn’t think we had a chance to win. If you believe you have a chance to go far and fight for a championship, we believe we will do everything we can and use every last dollar,” Lacob said.

“A lot of teams can’t do that or don’t want to do that, I think. We have great income. Our business side is so good. We generate high income, so we can spend a little more. There is no doubt about it. But we wouldn’t do it if we didn’t think we had a chance of winning.”

That’s the catch with the Warriors – they bring in the money, so they have to spend it. And that Lacob and Co. are investing in the team again is great for fans and players alike. That’s what successful business owners should do, and Lacob is clearly in the business of winning.

Building from scratch and spending money to win are not mutually exclusive.

For his part, team president Bob Myers used the situation of Gary Payton II as an example of this reinvestment in the franchise.