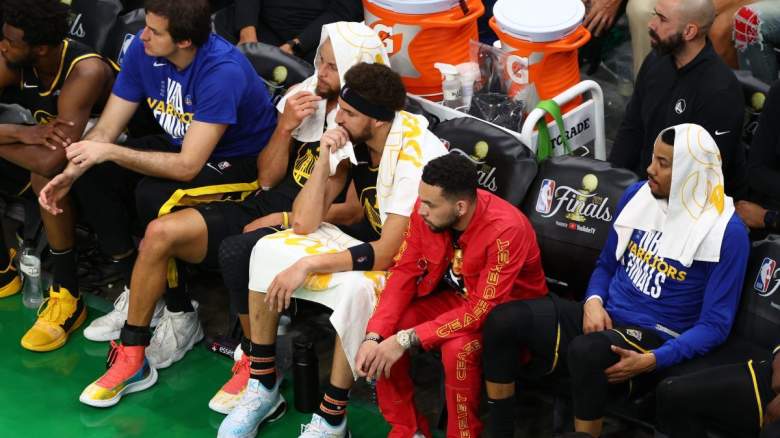 The Golden State Warriors are winners. After their fourth title in eight years, everything points to Golden State. Sure, they’ll have some tricky financial decisions to make over the next year, but for now, the Warriors are on top of the world.

Stephen Curry eventually won his first NBA Finals MVP, Klay Thompson came back from injury and picked up right where he left off, and Andrew Wiggins made his first All-Star Game and went on to become the second-best player on a championship team (in the playoffs).

But not everyone in the Golden State wins. They’ve just wrapped up a pretty successful offseason in which they added Donte DiVincenzo and JaMychal Green to replace lost assets, but according to Bleacher Report’s Zach Buckley, there was a big loser for Golden State this summer – Chris Chiozza.

“The Warriors sent nine players into free agency this summer. Six have since signed new NBA contracts. Another, Andre Iguodala, has a deal with the Dubs waiting for him if he wants it. Another, Nemanja Bjelica, could have stayed in the league but opted for a European pact instead.

“As for Chris Chiozza, he’s still unsigned and may not have a way back into the league,” Buckley wrote.

That being said, there might still be some room for hope for Chiozza.

Despite failing to accumulate regular minutes at any point, Chiozza has always managed to find his way back into the league. He has played for four different franchises in four seasons – the Houston Rockets, Washington Wizards, Brooklyn Nets and Warriors. Because of this, Buckley thinks he might have a shot at making it back into the NBA next season.

“However, the 26-year-old has found his way onto an NBA roster each of the last four seasons, so don’t count him out. But while his 34 games in 2021-22 was a career high, he couldn’t force himself into a full-time rotational role, and his career averages include just 3.3 points per game on 35.3 percent shooting,” Buckley explained.

As mentioned, Chiozza has struggled to earn a regular role in every rotation he’s been in. In his 91 total NBA games in his four years of experience, he has averaged just 11.4 minutes per game while averaging a stat line of 3.3 points, 1.3 rebounds and 2.4 assists at 35.3 % shots from the field and 34.3% shots from behind the three-point line.

But while Chiozza could have a chance to earn another chance, that chance likely won’t exist in the Golden State.

Although Chiozza played in a career-high 34 games for the Warriors last year, it seems highly unlikely he’ll secure another roster spot with them next season.

“The door to the dubs seems to have closed. So if Chiozza is hoping to stay in this league, he’ll probably have to go somewhere else, probably to a training camp contract if he can find one,” Buckley said.

There’s always a chance Chiozza will get a training camp opportunity this summer and find himself on a different roster next year, but his time at the Golden State appears to be up.