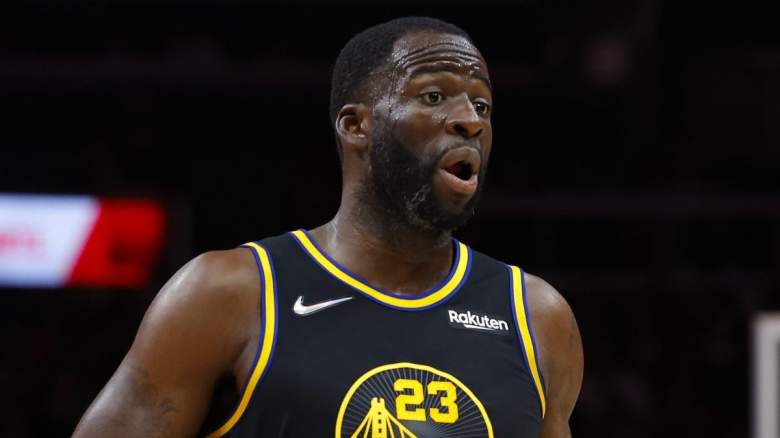 As of now, the Golden State Warriors are in a great place. They are fresh off an NBA championship run and will look to defend their title next year. However, they are not only designed to win now, they also boast an elite group of young players ready to lead them into the future.

However, although they might be in a good position for the time being, they will soon encounter a financial problem. Over the next two off-seasons, Draymond Green, Klay Thompson, Jordan Poole and Andrew Wiggins will all need contract extensions.

During a recent on The TK Show Warriors GM Bob Myers spoke to The Athletic’s Tim Kawakami about the idea of ​​Green leaving the team. When Kawakami brought up the concept, Myers immediately backtracked, revealing that the team wants to keep Green around for as long as possible.

It’s clear the Warriors appreciate Green and everything he brings to the table. He has a player option on his contract next season, which he could potentially turn down in order to seek a bigger deal. And from the way Myers talks, Golden State might give it to him.

However, Green’s isn’t the only deal Myers has been talking about.

While Green has a player option next season, Wiggins and Poole’s deals will expire at the end of the year. And while the Warriors probably won’t be able to pay for all of them, Myers said they want to keep all three for as long as possible.

“I think with these two guys [Wiggins and Poole] and Draymond, the goal, we want all three while we can have them,” Myers explained. “We have held talks with all three players, their representatives. I won’t go into the likelihood or not of either of them finishing. But we know how important they are. … I don’t know if we won a championship last year if you take one away from them. Draymond, his pedigree here, he will go down as one of the finest warriors to ever don a uniform.”

However, at the same time, he admitted that they cannot promise anything.

The goal might be to keep everyone close, but Myers emphasized the fact that anything can happen.

“We don’t make these final decisions: ‘This guy is going to be here, this guy isn’t going to be.’ We don’t do that,” Myers said. “Because we’re not making those decisions today. So everything is on the table. And you really have to do your best in my position and you owe it to the fans and the organization, the players who helped out the way all those players did.

Golden State has plenty of time to make decisions, but Myers made it clear how much they value their stars.