Warriors fans put Celtics ahead of game over controversial incident 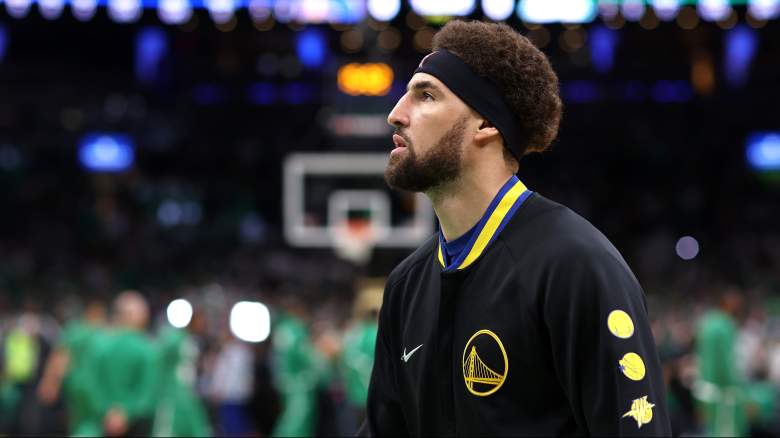 The Golden State Warriors players were forced to take a break from their pregame shootaround prior to Game 3 of the NBA Finals to await an on-court adjustment by Boston Celtics stadium staff.

Some angry Warriors fans don’t believe the mishap was a fluke.

As the Warriors players prepared for Wednesday’s game, they noticed that the hoop seemed a bit too high. ESPN’s Kendra Andrews reported that staff checked it and found that the tire was set two inches too high, causing a lag that forced Warriors players to take a break while the issue was fixed.

While the glitch didn’t impact the game itself, some Warriors fans took to Twitter to express their anger at the disruption and speculate if it might have been done on purpose.

“Celtics already need an advantage over the Warriors. They’re scared,” one fan tweeted.

Some fans noted that the Celtics have earned a reputation for doing whatever it takes to create an extra advantage at home.

“Celtic lore to cheat on their home floor. Former players are bragging about what they would do at the Boston Garden to give themselves an advantage,” said one fan tweeted.

Some of the strange problems have been documented. During a 2017 playoff series, Chicago Bulls guard Dwyane Wade complained that there was no hot water in the visitors’ locker room.

The rumors of Boston Garden shenanigans traced back to legendary coach Red Auerbach, who reportedly went out of his way to make Boston opponents uncomfortable. But Auerbach himself denied this, telling Bill Simmons in 2002 that the stories were all made up, noting that the Celtics endured the same conditions.

“That’s the truth — I had absolutely no control over that garden,” Auerbach said. “They treated us like shit. If they had cold water, don’t you think we had cold water? The Lakers always complained about how hot it was in the Garden that it wasn’t air conditioned. I said to them, ‘Hey, I can’t blame you for complaining because half the pitch where we play is air-conditioned.’ I mean how fucking stupid can you be? It was the same for us.”

The Warriors players and coaches didn’t seem too bothered by the incident prior to Game 3. After the Celtics clinched a 116-100 win, Draymond Green said he and his teammates didn’t put enough pressure on their opponents.

“When you allow a team to be comfortable, especially at home — in front of a home crowd, it’s difficult,” Green told ESPN.

Warriors head coach Steve Kerr even downplayed the pregame controversy, joking that his team still had plenty of time to prepare even after the issue was resolved.

Warriors head coach Steve Kerr even downplayed the pregame controversy, joking that his team still had plenty of time to prepare even after the issue was resolved.