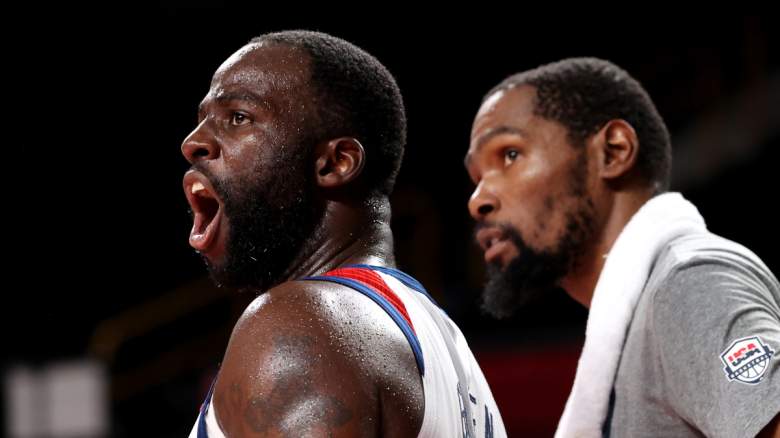 In terms of an actual deal, all is quiet on the Kevin Durant front line two weeks after the baller requested a trade from the Nets. However, there continues to be a lot of noise in the Periphery, particularly regarding a potential return to the Golden State Warriors.

During this process, there was also an incredible amount of discussion about Durant himself and his state of mind. For his part, NBC Sports Bay Area’s Monte Poole called the 12-time All-Star a “troubled soul” in the wake of the trade request.

More recently, during a recent discussion about the situation on SportsCenter, KD was labeled “emotional.”

The latter point proved too far for Dubs star Draymond Green. In the early hours of Tuesday, Green hit the tweet machine to confront the people involved.

After seeing the SportsCenter commercial, Green cranked up the four-letter network for his characterization of Durant during the segment.

“I just watched the anchor on Sportscenter with Nick [Friedell] discussing that KD wants a trade and calling it emotional…” Green tweeted. “Who are you to call someone emotional? What makes you comfortable? Speak BASKETBALL! Computers have made you all too comfortable. TNM”

Critics were quick to point out that Green has had no problem blaming others for being emotional in the past. The Warriors forward famously slammed Rudy Gobert in 2019 for crying as the now Timberwolves center shed tears at his mother’s disappointment that he was overlooked for an All-Star nod.

“I guess I should cry too… shouldn’t Charlotte?” Green tweeted back then. He made similar comments to members of the media and has repeatedly referred to Gobert’s emotional portrayal over the years.

Despite his inconsistency on the matter, Green may be correct in some of his comments about Durant, who has been the best thing about Nets basketball in recent years and appears to be just trying to end his career in a stable, winning situation.

No other player in the league has made that line with those splits, and none have been close.