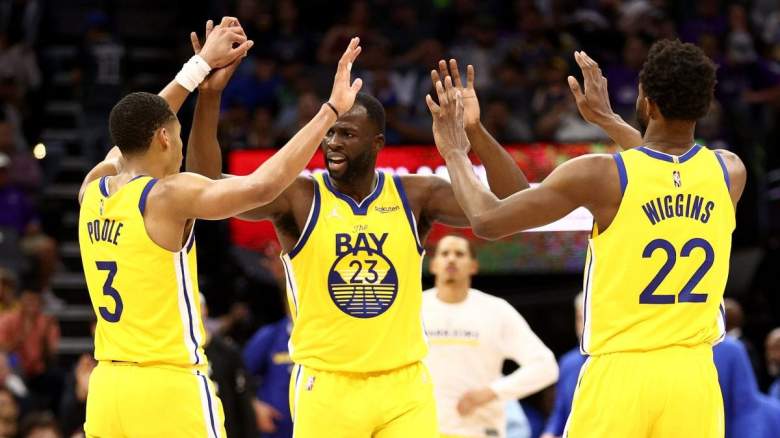 Despite winning the championship last season, most talk about the Golden State Warriors revolved around their upcoming financial situation. Over the next two years they will have to make some very difficult decisions.

Andrew Wiggins will be playing on an expiring contract this year and if Draymond Green intends to turn down his player option for next season, so will he. Klay Thompson has two guaranteed years left on his contract and if the Warriors don’t get an extension with Jordan Poole by October 17, he will be playing in the final year of his contract.

While Golden State could potentially finalize pre-season deals with some of its players, that may not be likely. According to ESPN’s Kendra Andrews, completing overtime with their top players isn’t high on their priority list right now.

“With the Warriors’ salary, with the landscape of their money, they don’t rush into these conversations,” Andrews said The jump. “So if you look at Andrew Wiggins they have all season to figure out this expansion. And Draymond Green, that’s a few years away. So that’s definitely lower on their priority list.”

This means Warriors fans may have to wait until the end of the season to see whether or not Green, Wiggins and Poole will progress with the team. Golden State probably won’t be able to pay everyone.

However, according to GM Bob Myers, Team Green wants to last a long, long time.

Green was with the Warriors throughout his career, winning four championships and one Defensive Player of the Year during his tenure with the team. During a recent appearance on The TK Show with The Athletic’s Tim Kawakami, Myers noted that Golden State wants to keep Green for the long haul.

Myers also spoke about Wiggins and Poole, stating that Golden State hopes they can all be included after this season.

While it’s not financially viable, Myers mentioned that he wants to keep all of Golden State’s players this season.

“I think with these two guys [Wiggins and Poole] and Draymond, the goal, we want all three while we can have them,” Myers explained. “We have held talks with all three players, their representatives. I won’t go into the likelihood or not of either of them finishing. But we know how important they are. … I don’t know if we won a championship last year if you take one away from them. Draymond, his pedigree here, he will go down as one of the finest warriors to ever don a uniform.”

It’ll be interesting to see how things play out, but for now, the Warriors’ only focus is on the upcoming season.