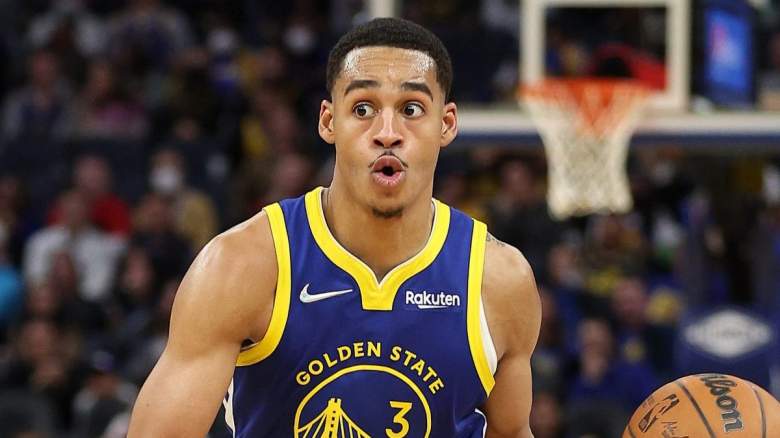 Heading into next year, the Golden State Warriors are in a perfect position to once again contend for an NBA championship. Fresh from their fourth title in eight years, they still have a squad fully capable of winning another.

Although their squad looks great at the moment, they will have to make some very difficult decisions in the near future. Over the course of the next two off-seasons, Draymond Green, Klay Thompson, Andrew Wiggins and Jordan Poole will all need contract extensions.

In the case of Wiggins and Green, Golden State has the rest of this season to work things out. At Thompson they have two years. Poole, on the other hand, needs an extension by October 17 this year or else he’ll step into limited free reign next summer.

“All three can have free hands after the coming season; If there is no extension, Wiggins would become an unrestricted free agent in July, Poole would be a restricted free agent and Draymond has a player option for 2023-24 to turn down, which would allow him to become an unrestricted free himself next July to meet agency. Poole is the only one with an urgent deadline; Due to rookie renewal rules, if no renewal is signed by October 17, he will be given a limited free hand in July,” The Athletic’s Tim Kawakami wrote.

At just 23, Poole still has plenty of room for improvement so it’s likely the Warriors will want to keep him. However, if they are forced to choose between him, Wiggins, Green and Thompson, he could be the underdog, according to the San Francisco Chronicle’s Connor Letourneau.

In an article written earlier this offseason, Letourneau detailed Golden State’s upcoming financial decisions. He believes Poole will most likely be the underdog of the four players needing extra time.

“Before such an important decision is made, the Warriors should see how both players are developing over the next 12 months,” Letourneau wrote. “But at the moment, given all the information available, Poole seems to have a bigger chance of being the underdog. The reason is simple: two-way wings like Wiggins are harder to find than goalscorers like Poole.”

Also, sources who spoke to Heavy.com’s Sean Deveney believe Poole may even be leaving of his own volition.

A Western Conference executive who spoke with Deveney said the latter of Wiggins and Poole will most likely leave Golden State.

“But Poole might have some [Harrison] Barnes in him,” the executive explained. “He had to show a little bit what he can do when everyone was injured and the team was bad but he was pushed back within the team when Klay was healthy and everyone was talking about Wiggins and stuff. It depends on how they handle that contract. But if he feels like they don’t want him, yes, I would imagine he’d look elsewhere, like Barnes did. Of course they replaced Barnes with Durant. Maybe they’ll do the same with Poole.”

If the Warriors don’t make a deal with Poole by October 17, his situation will definitely be under surveillance.