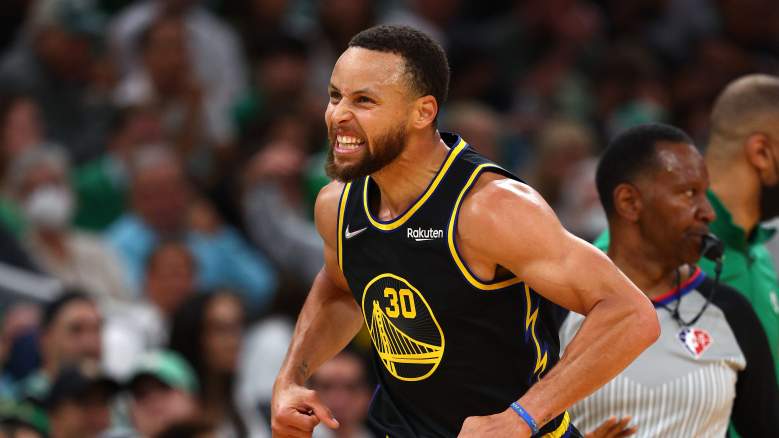 The Golden State Warriors simply had to play Game 4 of the NBA Finals against the Boston Celtics on Friday night, and it was Steph Curry who clinched the decisive win.

Curry dropped 43 points on 50% shooting from depth (7 out of 14) and better than that from the ground. He added 10 rebounds to become the third-oldest player to ever put up 40 and 10 in a Finals game behind only LeBron James and Michael Jordan.

Splash colleague Klay Thompson was asked after the Dubs’ 107-97 win where he would place Curry’s performance given the combination of his performance and the stage.

“I think probably #1,” Thompson said. “I mean, that was almost a must-play game, and going out there and shooting as efficiently as he did, and grabbing 10 rebounds and they attacked him on defense — I mean, his condition is second to none in this league.”

Media representatives brought Thompson’s assessment to Curry’s attention during his post-game press conference and asked if he agreed.

Curry has done more than lead the Warriors to a near-essential victory over the Celtics, sending a message to a rowdy and mundane crowd that has spent the last two games berating Golden State players — particularly Draymond Green .

The energy Curry played with spilled into boisterous celebrations at key games, animated conversations with the umpires, and grins and grins at the sea of ​​green and white faces that flooded the TD Garden from every direction.

Curry, who is now on course to walk away with his first MVP honors at the NBA Finals if the Warriors win their fourth title in eight seasons, spoke candidly about the Boston crowd and the passion he felt both during and after showed the game on the pitch.

What made Curry’s performance on Friday night special was that he aggravated his most recent injury – a sprained foot that sidelined him for the final 12 games of the regular season – late in the fourth quarter of Game 3.

Celtics big man Al Horford came down on Curry during a scrum for a rebound, leaving the point guard doubled over in pain on the hardwood. After Boston’s win, Curry spoke to the media about his injured foot.

“I’ll be fine. I got caught under Al [Horford]. Of course there will be pain, but I’ll be fine. Find out how tomorrow feels and get ready for Friday,” he said. “Same thing I did…against Boston in the regular season but not as bad. That’s how it felt.”

Curry provided an update on the status of the sprain and the role she played as a literal footnote to an epic chapter of his storied postseason career.

“I guess for the most part I didn’t think about it. Like I don’t know how to explain the pain,” Curry said. “It’s more like just when you’re out there, you don’t compensate for it or you don’t – it doesn’t take up too much mental space to feel like I can do whatever I want on the pitch. ”

Curry and the Warriors now return home to San Francisco where a crucial Game 5 is scheduled for Friday at 6:00 p.m. EST at the Chase Center.

Curry provided an update on the status of the sprain and the role she played as a literal footnote to an epic chapter of his storied postseason career.