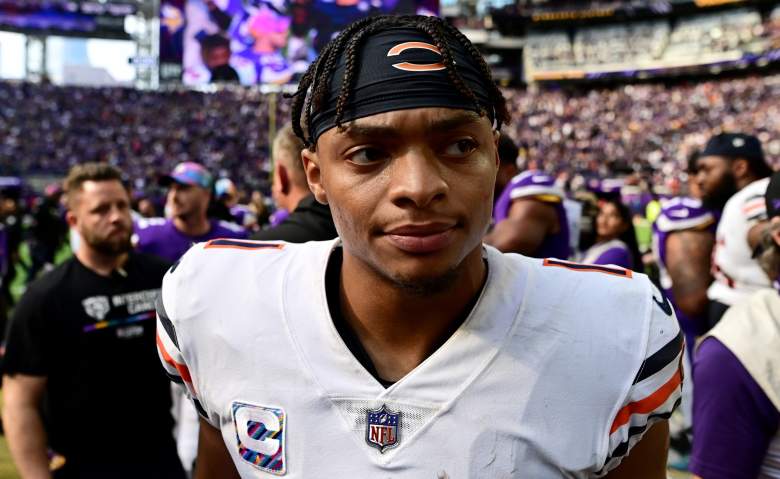 The Minnesota Vikings gave the Chicago Bears a 29-22 loss in Week 5 and it’s not a game Bears wide receiver Ihmir Smith-Marsette is likely to remember fondly.

The Bears demanded waivers from Smith-Marsette on September 1 after the Vikings let him go and he had an opportunity to exact revenge on his former team. But it didn’t quite work out that way.

Smith-Marsette was involved in two of the most costly plays of the game for Chicago: he failed to run out with just over a minute left in the game, instead having the ball taken from him by Vikings cornerback Cameron Dantzler, and he was also for an illegal Blocks marked on Dantzler.

The penalty negated a 52-yard touchdown run by Bears quarterback Justin Fields, leaving 12:08 in the fourth quarter. The Bears scored a field goal on that drive, but looking back at the game shows the officials probably missed one. Dantzler confirmed this after the game.

Fields’ 52-yard TD scamper would have been a game-changing moment for the Bears, but Smith-Marsette’s penalty instead wiped six points off the board. After the game, both Smith-Marsette and Dantzler seemed to agree on what happened.

“He flopped,” Smith-Marsette said of the Chicago Tribune’s Brad Biggs of Dantzler.

To his credit, Dantzler didn’t deny it. “He blocked me,” the third-year cornerback told Biggs. “And I sold it pretty well. I was in a difficult position.”

To be fair, the Bears didn’t lose the game by a game, and the mistake Smith-Marsette made later in the fourth quarter was far more costly.

After the two-minute warning, which required a touchdown to tie and an extra point to win, the Bears launched a potential game win. Fields completed a 21-yard pass to running back David Montgomery, who left Chicago with the ball on his own 46-yard line 1:12 in the game.

The very next game, Smith-Marsette caught a short pass down the left side of the field and cheered a Vikings defender for a little more yards. However, instead of leaving the limits to stop the clock, Smith-Marsette stayed in and fought for more, and Dantzler rummaged in his pocket. After that the ball game was over.

“I was stiff, so I was like, ‘Let me get up quickly because he’s going to try to go out.’ … It’s a drill we’re working on, a turnover drill,” Dantzler told the Vikings’ official website after the game. “I just saw an opportunity and took it.”

Dantzler gave up three catches for 32 yards in the game and earned a 90.7 coverage score from PFF. “Our coach did a great job preparing us for the games we were going to get. So when I saw the movement, I knew it was coming and I made a game,” added the Vikings CB.

For their part, the Bears Wideout expressed more than a little regret about the game after the game. “I lost sight of him after stiffly arming him,” Smith-Marsette told NBC Sports of Dantzler. “I did not expect that. I should have just gone wide instead of trying to extend the game. In this situation you just have to be smarter. That’s it.”

The Bears will play the Vikings again in the final week of the regular season on Jan. 8, and if he’s still in the roster, Smith-Marsette could have another opportunity against his former team.