Vikings’ Patrick Peterson opens up on Rookie CB: ‘He’s going to be a problem’ 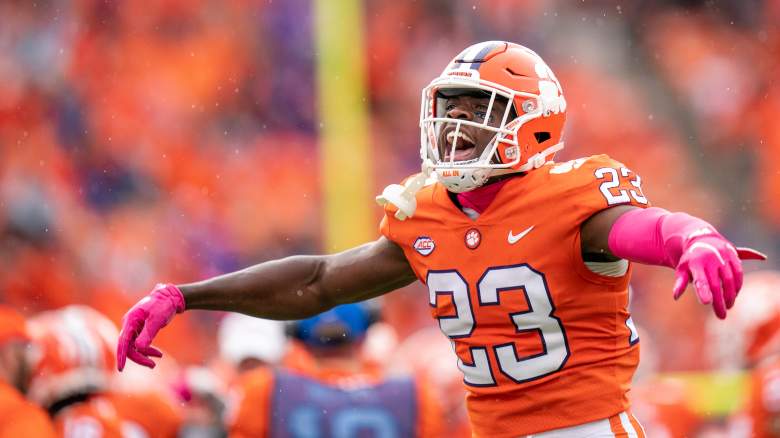 Two days at Minnesota Vikings training camp and no player has more excitement around him than Andrew Booth Jr.

Clemson’s second-round rookie cornerback has impressed by defeating Kirk Cousins ​​on Day 1 of training camp and holding his own on Day 2 in a budding training camp rivalry.

Booth becomes the talk of the Vikings training camp, with veteran cornerback Patrick Peterson already seeing the power he has in secondary.

In 11-on-11s on the first day of training camp on July 27, Booth slipped under a pass from Cousins ​​meant for Justin Jefferson, which he returned with fanfare from his new teammates on defense.

“The selection was impressive, but Booth looked fluid and bursty throughout his first NFL training camp practice. Afterwards, he spoke about loving how he fits into this defensive scheme, which is similar in complexity to the one he played in at Clemson. He also said he’s trying to absorb everything he can from Patrick Peterson, both from talking to him and paying attention to his every move when possible,” reported Inside the Vikings’ Will Ragatz.

Impressed by Booth on his debut at training camp, Peterson said: “He looked pretty good. He moved really well. It looks like he’s healthy so we’ll see if he can continue to build on that. I like how instinctive he is. He’s very quick on the line of scrimmage. He’ll be a problem here pretty soon,” per Pioneer Press reporter Chris Tomasson.

While Booth turned heads on Day 1, it was Day 2 that he had eyes glued to himself.

During the 7-on-7 games, Booth knocked out sophomore wide receiver Ihmir Smith-Marsette, then kicked him in the face and shouted, “You don’t want to get physical with me.” Smith-Marsette, a strong personality in his own right, Booth threw the trash talk straight back.

On one of the following replays, the ball went Smith-Marsette’s direction again, but Booth had ridden it out of bounds and it fell incompletely, Ragatz said. A flag flew for pass interference, but that didn’t stop Booth from continuing to talk.

Von Ragatz: “Later, in 11 seconds, Smith-Marsette went up a deep path on the touchline with a double on Booth, who played it well. Sean Mannion’s pass sailed long, so Booth celebrated with the incomplete mark. Justin Jefferson, thinking there was contact, picked up one of the officer’s flags and threw it in their direction.”

“We wear helmets and one of the things I loved about his coming out was his willingness to be physical and aggressive,” head coach Kevin O’Connell said of Booth in a July 28 news conference. “But what I saw yesterday was a guy using all these jog-through reps. When you have an injured player like that who can’t participate in full speed reps, that jog through part has piled up a lot of reps for Andrew and a lot of our other guys. It was great to see some of those iterations come to fruition. He made one play (the interception), he made a lot of plays where quarterbacks had to say “no” to their first advance because of his position, and it was a great start for him. Like I did yesterday, I just dared him to keep stacking this. As installs start to pile up and we ask you to do a lot more, can you keep this going?”