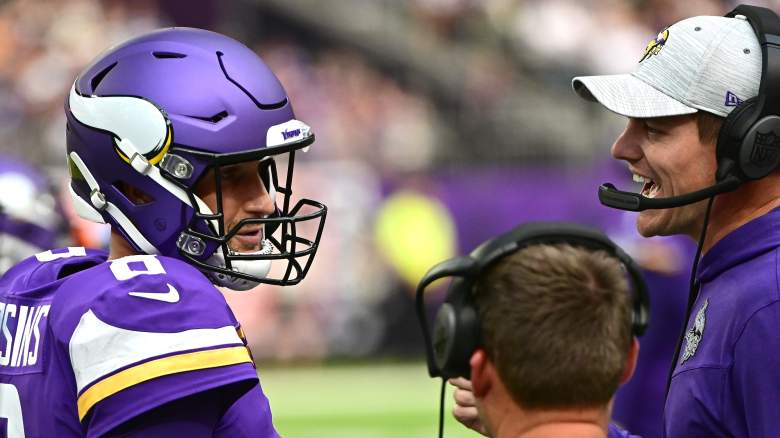 The Minnesota Vikings suffered one of their ugliest losses in recent memory in prime time against the Philadelphia Eagles.

The defense gave up a total of 347 yards and 24 points in the first half. The offense struggled to get out of the gates, never finding flow and failing to score on four trips to the red zone in the second half on Monday while playing from behind.

On the comeback attempt, Kirk Cousins ​​threw three interceptions for the first time since Week 6 of the 2020 season as Cousins ​​was under serious consideration for being benched in bye week.

Cousins ​​largely took the blame for his performance in that game, saying, “The reality is that if the pace I’m at – in terms of interceptions – continues like this, I won’t finish the season.”

After a 24-7 loss to the Eagles, first-year coach Kevin O’Connell took the blame for his quarterback.

In a post-game press conference on September 19, O’Connell focused on his first loss as Vikings head coach.

“Looking back on tonight, I ended up wearing this,” O’Connell said. “I don’t think I’ve done enough for our team in the game.”

Speaking about the offensive’s struggles, O’Connell pointed to just 21 offensive plays in the first half that came from failing to convert in third and finding efficiency and rhythm – which Cousins ​​in forced some “difficult spots” by having to accelerate offense

“I thought Kirk fought tonight,” O’Connell said. “(We) put him in some difficult situations. Our general offensive philosophy when we fail to activate [third-down conversions and efficiency]it puts a lot of pressure on the quarterback and that’s where I’m 100 percent committed to being better for our offense, for our team.

“I’m serious, I feel like this is on me,” O’Connell added. “I’ve told our team I’ll work like crazy to make sure something like this doesn’t happen again. I have no doubt that we will be prepared and ready to respond.”

Cousins ​​completed 27 of 46 pass attempts for 221 yards, one touchdown and three interceptions for a 51.1 passer rating — his second-worst rating as a starter for the Vikings.

“I think part of the challenge is that we didn’t stay on the field, we didn’t make enough games. So we don’t want to start with those early three-and-outs,” Cousins ​​said in a post-game press conference on Sept. 19.

Tasked with bringing out the best in Cousins, O’Connell will have a quick turnaround if he hopes his offense will fare better in Detroit.

Tasked with bringing out the best in Cousins, O’Connell will have a quick turnaround if he hopes his offense will fare better in Detroit.