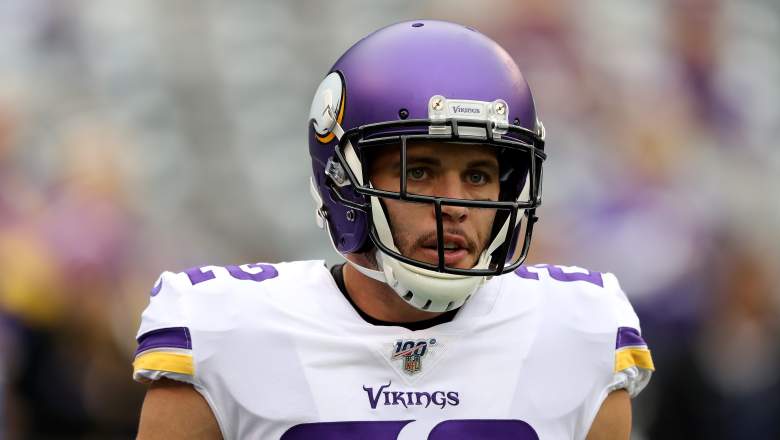 The Minnesota Vikings were three starters short of their loss to the Detroit Lions last week.

As staggering as the loss was, it is imperative that this team heal with a playoff appearance from the bench, which is head coach Kevin O’Connell’s train of thought as he scored the left tackle against Christian Darrisaw, center Garrett Bradbury and safety endured Harrison Smith.

“In a game where we came in with everything we had, we still wanted to be smart going into December with some of our players being beaten up,” O’Connell said per ESPN.

The good news is that Darrisaw and Bradbury are both expected to be back in the lineup against the Indianapolis Colts on Saturday.

However, Smith does not have the same certainty.

On December 12th ESPN’s Kevin Seifert reported that O’Connell expects Darrisaw and Bradbury to be back on the field on Saturday.

Smith, Handling a “linger“Neck injury, which was not on any injury report this season as of Friday, is also a ‘strong candidate’ to play but the Vikings will ‘see how he develops in a short week’. said Seifert. Smith suffered the injury on Dec. 4 against the New York Jets, and it flared up last week after he also had a medical term.

Neck injuries have historically proven fickle and are much more than just a few bruises. While the Vikings are cautious about Smith’s return, his absence was obvious in last week’s loss to the Lions.

The Vikings allowed 464 yards of offense and got off to a rough start when safety Cam Bynum allowed Detroit wide receiver Jameson Williams to fly past him for a 41-yard touchdown reception, the first catch of his NFL career.

Smith was restricted last Friday with a neck injury and won’t have as many opportunities to train for a full day in a short week. O’Connell said he will return to full strength this week.

“Between last week’s illness and the neck, it was just a lot for him to try and make it for the game,” O’Connell said of Smith, according to the Star Tribune. “He will make progress again this week.”

Backup tackle Blake Brandel suffered an MCL tear against the Lions on Sunday that will sideline him for at least four weeks. Darrisaw’s return to the lineup fixes the need for Brandel on left tackle, but that relies on clean health for both tackle spots moving forward. Oli Udoh would be the next duel.

Veteran linebacker Jordan Hicks has been battling foot and ankle injuries and underwent an MRI on Monday. He was limited in training on Tuesday. Defensive tackle James Lynch is suffering from a shoulder injury and is considered “commonplace” along with Hicks.