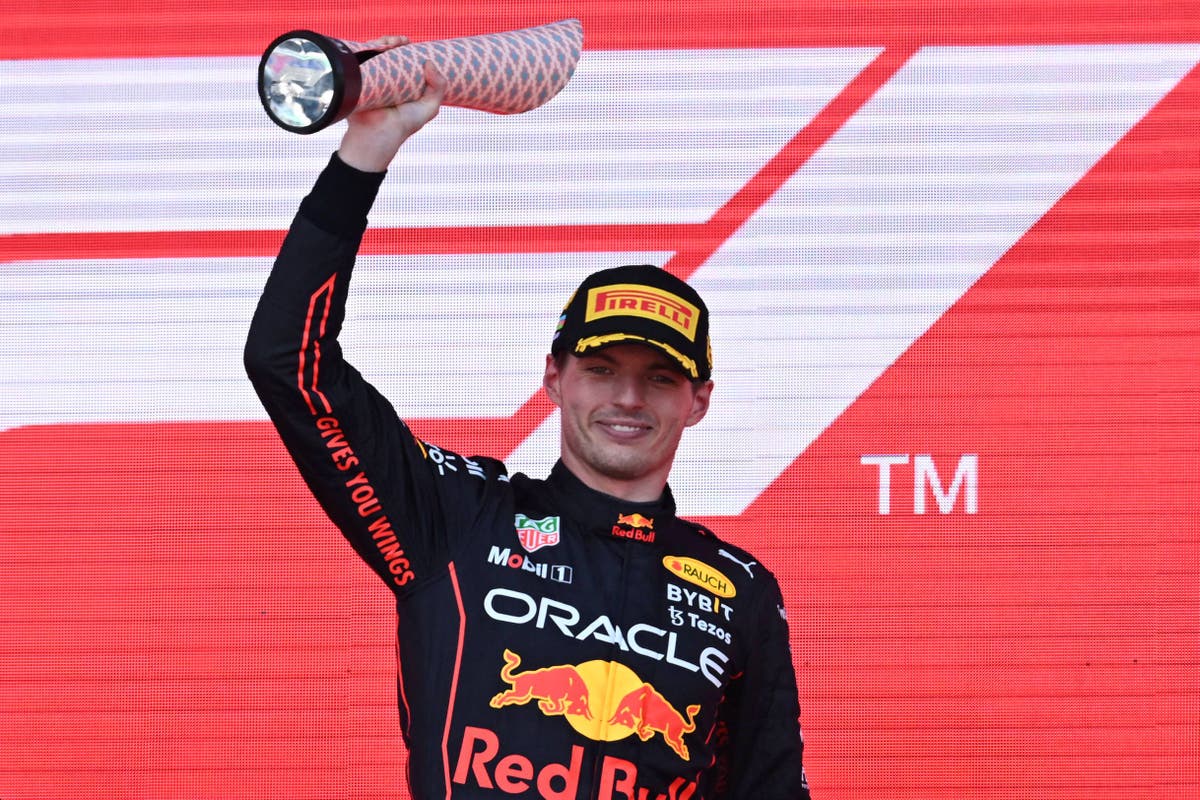 Max Verstappen extended his lead in the F1 Drivers’ Championship with a convincing win at the Azerbaijan Grand Prix.

Sergio Perez finished second, completing a commanding one-two for Red Bull after both Charles Leclerc and Carlos Sainz failed to make it to the checkered flag with mechanical gremlins on a desperate afternoon for Ferrari in Baku.

Verstappen’s title lead over Leclerc has increased from nine to 34 points after what could prove to be a crucial race in this season’s championship fight.

Perez is now Verstappen’s closest challenger after overtaking Leclerc in the standings. The Mexican, who picked up a bonus point for fastest lap, is 21 points behind his Red Bull team-mate.

Behind the Red Bulls, George Russell secured his third podium finish in Mercedes colors, while team-mate Lewis Hamilton, who complained of back pain during the race, finished fourth.

Leclerc put in an impressive lap in qualifying to put his Ferrari in front of the field, only to lose to Perez in the short rush to turn one.

Perez soon moved two seconds away from Leclerc while Verstappen occupied the Monegasque’s mirrors. On lap nine, Sainz, who was fourth, retired his scarlet machine after hydraulic failure.

The virtual safety car was deployed and Leclerc came to change tires. He stood still for five seconds, the front jack jammed under his car.

Despite the VSC, both Perez and Verstappen stayed out before the Red Bull drivers swapped positions on lap 15.

Verstappen took the lead into the opening corner with little resistance from Perez. “No fights”, the order from the Red Bull pit wall was a clear sign that Verstappen is number one in the team.

On lap 18, Verstappen stopped for new tires and put Leclerc in front. But just two laps later, Leclerc’s race was over, and with it possibly his championship dreams.

Leclerc was denied victory in Monaco two weeks ago after Ferrari pursued a questionable strategy in the wet-dry race and had to park his car in Spain last month with engine problems. He has now retired in two of the last three races.

With Perez offering no challenge, Verstappen drove to the flag and claimed the fifth win of his championship defense.

Hamilton, the seven-time world champion, ended the day a staggering 71 seconds behind his former rival.

Mercedes is still fighting with porpoises and the hopping problems led to Hamilton complaining of back pain.

Nonetheless, it marked Hamilton’s best result since the inaugural Bahrain Grand Prix, albeit another afternoon trailing Russell. Hamilton has finished behind Russell on every lap since the first race.

Pierre Gasly was fifth for AlphaTauri, one place ahead of Aston Martin’s Sebastian Vettel. Fernando Alonso was seventh while Daniel Ricciardo and Lando Norris finished eighth and ninth respectively for McLaren.