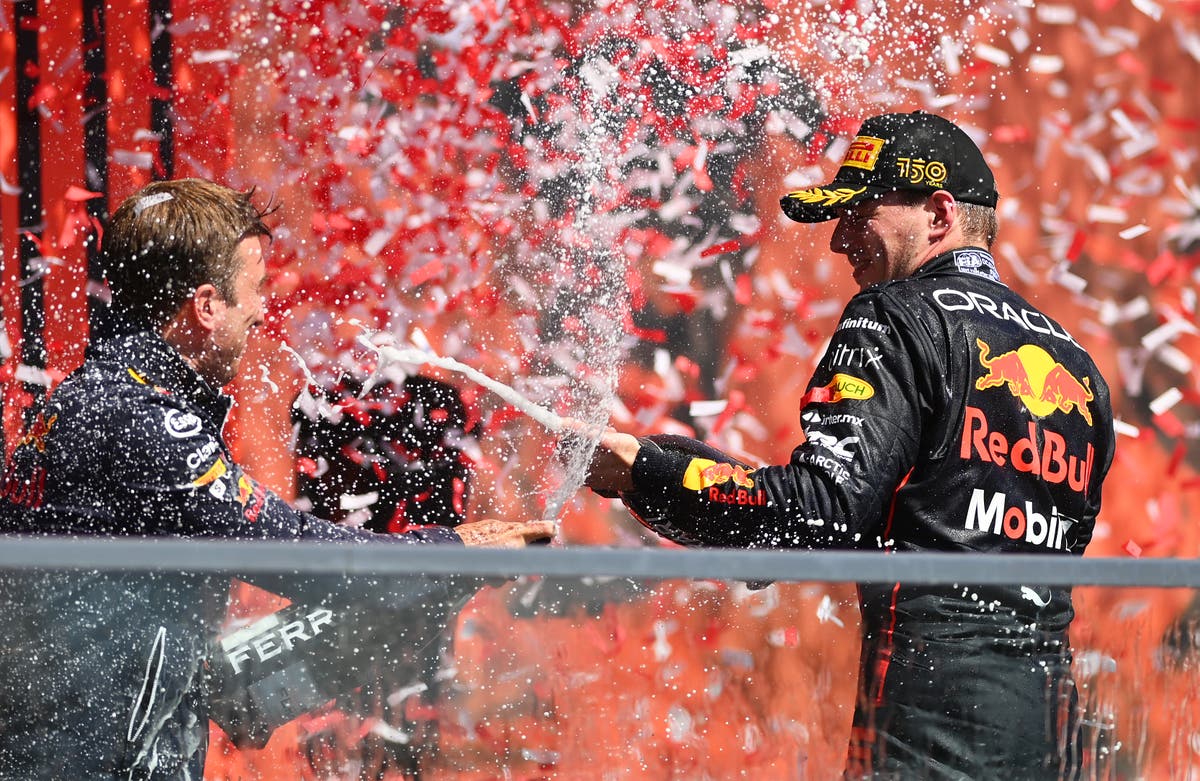 Max Verstappen held off a late challenge from Carlos Sainz to take victory at the Canadian Grand Prix and further extend his championship lead.

When Formula 1 returned to Montreal for the first time in three years, it was Red Bull von Verstappen who crossed the checkered flag and moved 46 points clear at the top of the standings.

Sainz was quick in the closing stages after a spell behind the safety car but couldn’t find a way past Verstappen and had to settle for second place, the pair being led up by Lewis Hamilton – the seven-time world champion who finished third for Mercedes accompanied the podium.

His teammate George Russell continued his record of top-five finishes all season as he finished fourth ahead of Charles Leclerc, who recovered from 19th on the grid and took a decent score for Ferrari.

The Alpines finished sixth and seventh, Esteban Ocon managed to finish ahead of Fernando Alonso while Valtteri Bottas, Guanyu Zhou and local favorite Lance Stroll rounded out the points finishes.

Verstappen galloped off the line and into the first corner well ahead of Alonso, who had impressed in qualifying by clinching his first front row start in ten years.

An early virtual safety car for the retirement of Sergio Perez’s sister Red Bull, apparently with an engine problem, allowed for a spate of pit stops including Verstappen and Hamilton to put on fresh tyres.

A similar situation happened on lap 19 when Mick Schumacher had to retire, this time VSC allowed Russell to pit when Sainz also stopped and Verstappen regained the lead.

With Perez out, another of Verstappen’s title rivals smashed his way through the field as Leclerc overcame a 10-place penalty on the grid after swapping out engine parts on Saturday.

However, the Monegasque hung behind Ocon to check his progress, a slow pit stop then forced him back into the field.

The sell-out crowd at Ile Notre-Dame was treated to a rare example of a Hamilton-Verstappen clash, with last year’s title protagonists going head-to-head as the Dutchman exited the pits.

Sainz stayed out to take the lead and was able to pit under a safety car on lap 49 after Yuki Tsunoda crashed in the AlphaTauri and ran straight onto Verstappen’s gearbox on the restart.

There was no drama as the safety car pulled away, but Sainz kept Verstappen honest, closing within a second and pushing for an overtake in the closing stages.

But while Leclerc passed the two Alpines to improve his position, Sainz had no answer up front as Verstappen clinched the 26th win of his career and his fifth in the last six races.

There were doubts whether Hamilton would even race in Canada after suffering back pain from porpoise crowds at last weekend’s Azerbaijan Grand Prix.

But a mixture of acupuncture and cryotherapy prepared him for the race and he took third place, only his second podium of the season.

“It feels good, I feel young again,” he replied when asked about his back at the end of the Grand Prix.

“It’s quite overwhelming to get that third pace, it’s been such a fight as a team this year – I’m so proud and inspired by my crew.

“They are a bit too fast for us at the moment, I gave everything and we are getting closer and closer.

“Thanks to the safety car I (the leaders) could just see at the end, our pace was pretty good so to be honest I’m excited, I didn’t expect it to come at the weekend.”