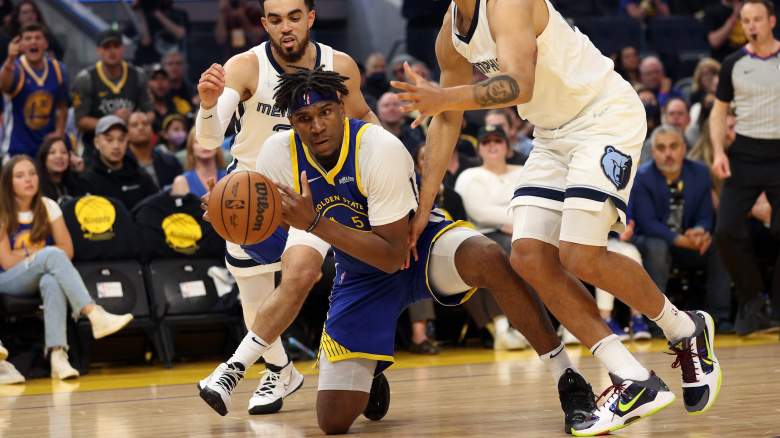 Before Friday’s deciding Game 6, Golden State Warriors veterans Steph Curry and Draymond Green made a decision – veteran big man Kevon Looney had to be back in the starting lineup.

Acting head coach Mike Brown went with the veterans, putting Looney back on the starting lineup for the first time in six games and taking out rookie Jonathan Kuminga. It was a decision that has now brought the Warriors back to the Western Conference Finals.

Looney put on a dominant performance in Friday’s final game, grabbing a career-high 22 rebounds, including 11 on offense, as Brown used the veteran to counter the Memphis Grizzlies’ size. Looney added four points and five assists in what is being heralded as the greatest game of his career.

Before the May 13 game, Brown said he wants to return to Looney to match the size and physicality of Grizzlies center Steven Adams, who switched to the starting lineup from the bench after Ja Morant suffered a knee injury had fallen to the ground.

Despite starting 80 games in the regular season, Looney had gotten deeper into the rotation in the playoffs and had not been in the starting lineup since Game 4 of the opening round. The rookie Kuminga had started the previous three games, but Brown instead went with Looney, who averaged 5.6 points and 5.6 rebounds in the second round before Friday.

“To have a great body out there to help us every once in a while, we have to find ways to keep it grounded and to help us,” Brown told reporters via NBC Sports Bay Area ahead of the game.

Looney rewarded Brown’s efforts, dominating the glass all night and cranking it up when it mattered most. Looney’s rebounds — including three on offense in the last five minutes — helped the Warriors end the game on a 23-7 run and turned an 89-87 deficit into a 110-96 win.

As noted by The Athletic’s Anthony Slater, each of those rebounds in the dying minutes led to a pivotal game for the Warriors.

After the game, Looney said he wanted to respond to the physicality Memphis displayed in a blowout win in Game 5. Drubbing 134-95, the Grizzlies dominated the boards and overtook the Warriors 55-47, including an 18-4 advantage in offensive rebounds.

“I’m feeling great, exhausted towards the end, but I just wanted to get out there and play physically,” Looney said after the game. “In the last game we were bullied on the boards so I wanted to go out there and do my job and set the tone from the start.”

Thanks to Looney’s best performance of his career, the Warriors flipped the script in Game 6. Golden State overtook the Grizzlies 70-44, becoming the first team with 70 rebounds in a playoff game since the 75 against the San Antonio Spurs and Denver Nuggets on May 4, 1983, according to ESPN.

The Warriors now have a few days to rest before moving on to the Western Conference Finals. Game 1 is scheduled for Wednesday against the Dallas/Phoenix series winner. If the Mavericks win, Game 1 will take place in San Francisco, while the Warriors would take to the streets to play the Suns if they win.

Bling Empire Season 2: Kim hit out for “gaslighting” Kevin and using him for “camera time.”

Bling Empire Season 2: Kim hit out for “gaslighting” Kevin and using him for “camera time.”